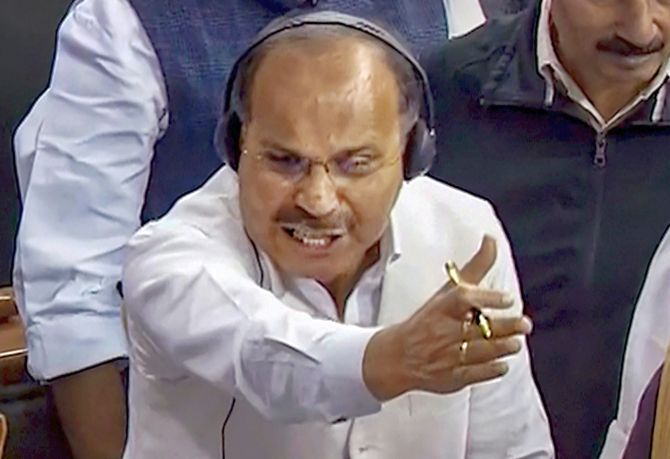 Chowdhury was apparently referring to Union minister Anurag Thakur's controversial "shoot the traitors" remarks made at a recent rally.

Speaker Om Birla and Parliamentary Affairs Minister Pralhad Joshi asked protesting members, who had trooped into the Well as soon as the Question Hour began at 11 am, to raise their issues during the discussion on the Motion of Thanks to the President's address.

With opposition members carrying placards and raising slogans against the Citizenship Amendment Act, National Population Register and National Register of Citizens, the Speaker adjourned the House after a little over 10 minutes following the Question Hour. He emphasised that it was for lunch.

Some Congress members were heard raising slogans, seeking "azaadi" (freedom) from the CAA, NPR and NRC.

Throughout their protests, Birla kept appealing to opposition members to return to their seats to raise their issues.

"You can raise and discuss all issues that you want during the debate on the President's address. You will get enough opportunity. You were elected by people through democratic process and it is my responsibility to give you opportunities to raise issues concerning people," he said.

When he allowed Chowdhury to speak during the Zero Hour, the Congress leader hit out at the Bharatiya Janata Party and alleged that anti-CAA protesters were fired upon and killed, an apparent
reference to death of these agitators in some states, including UP, in alleged police firing.

People are protesting to protect the Constitution and are carrying national flags, he said, alleging that some protesters were killed "mercilessly".

"You are fake Hindus," he said in an attack on the BJP, adding that if its members were "asli (genuine) Hindus", then they would have behaved differently.

Joshi told opposition members that they can raise their issues during the discussion on the motion of thanks to the President's address.

Despite the protests, at least nine questions were taken up during the Question Hour, the first in the current Budget session.

Some opposition members displayed placards saying 'Save India', 'Save Democracy' and 'Save Constitution'.

As the protests continued, the Speaker reminded agitating members that floor leaders had assured him that the Question Hour will be allowed to be conducted smoothly.

"If you want to strengthen the Constitution, discuss issues in Lok Sabha," Birla said. 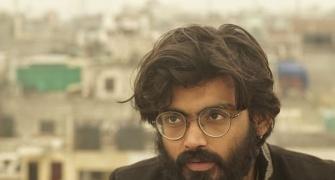 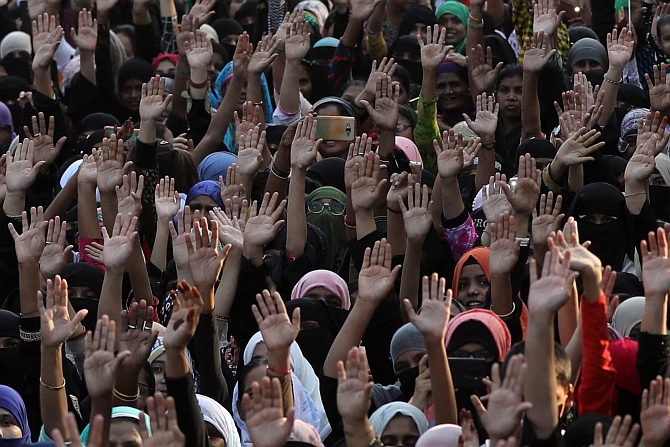