Lt Governor Anil Baijal on Monday visited riot-affected areas in northeast Delhi to take stock of the situation and interacted with locals. 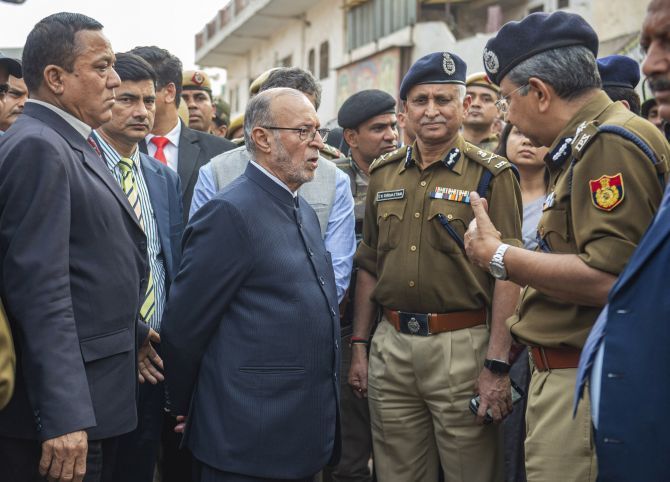 "We all should prioritise bringing back peace and tranquillity to restore normalcy," Baijal said during his visit and directed police to continue deployment and take effective measures to counter rumour mongers.

"Police need to work closely with Aman Committees to build bridges between communities. All agencies including police, municipal corporation should work together to restore damaged infrastructure and improve civic amenities to instil confidence among the residents," Baijal said in a statement.

The Lt Governor reviewed law and order in the violence-hit areas with Additional Chief Secretary (Home) and Commissioner of Police, Delhi, before his visit.

He was accompanied by Delhi Police Commissioner S N Shirvastava and other officers during his visit.

Interacting with locals, he observed that the situation is gradually improving day by day, and urged them not to pay attention to rumours and avoid circulating unconfirmed messages.

He directed Delhi Police to continue flag marches in the affected areas and take effective measures to counter rumour mongers.

"Delhi Police should keep strong vigil on social media and ensure timely and effective action against rumour mongers. Any attempt to spread false and malicious news should be nipped in the bud itself," he said.

Any news, images or videos which spread hatred between communities should be reported to police on helpline nos (100, 112, 011-22829334, 011-22829335) or official twitter handle @DelhiPolice. Police has been instructed to take strict action against those spreading false news, the statement said.

Baijal also directed East Delhi Municipal Corporation to take up an extensive cleanliness drive and repair of damaged civic infrastructure in the area on a war footing, it added. 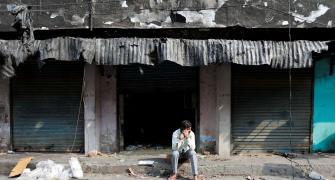 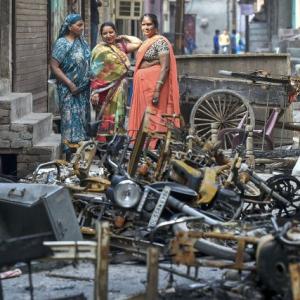