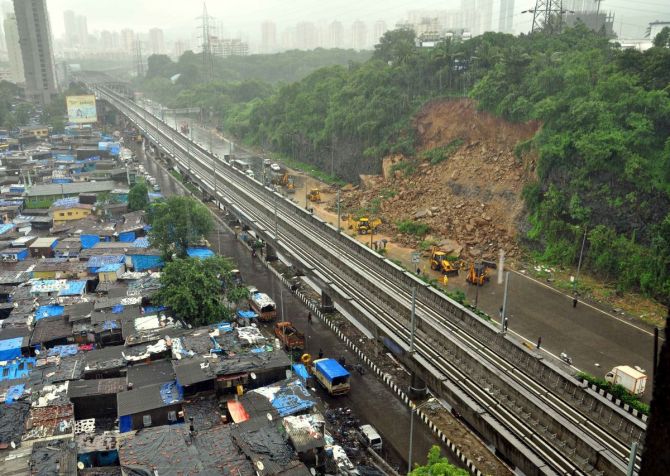 No casualty was reported in the incident, a fire control room official said.

"We received a call around 7 am informing us about the debris on Ali Yavar Jung Marg (also known as the Western Express Highway)," the official said.

The Western Express Highway is a major north-south arterial road, stretching from Dahisar to suburban Bandra in Mumbai.

Vehicular movement from the area towards south Mumbai was disrupted, affecting regular commuters and those involved in emergency services as authorities closed some portion of the road for clearing the debris, another official said. 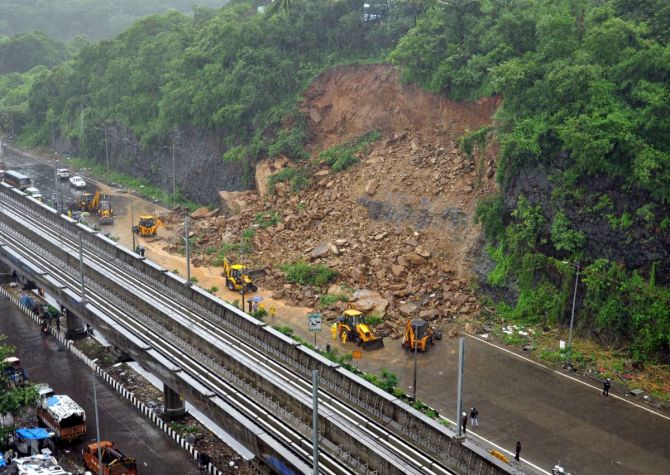 A car was stuck in the debris and was later removed.

The south-bound traffic was diverted to another road, the fire control room official said, adding that work was on to remove the debris from the road. Mumbai and its neighbouring areas have been receiving heavy showers since Monday night. 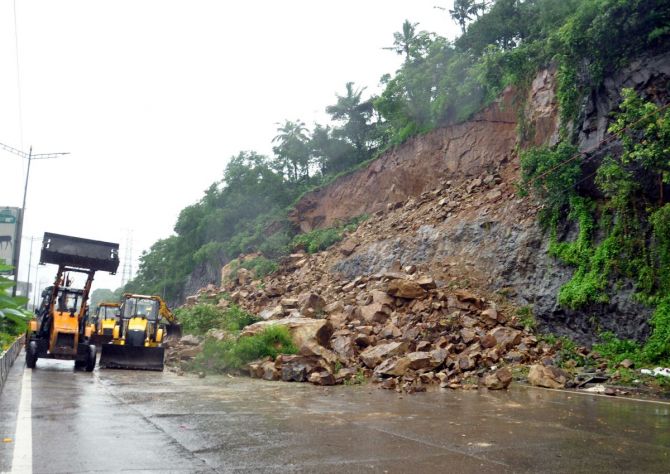 According to the India Meteorological Department, heavy rains are likely to continue for next two days.

Photographs: Sahil Salvi for Rediff.com; PTI Photo
© Copyright 2020 PTI. All rights reserved. Republication or redistribution of PTI content, including by framing or similar means, is expressly prohibited without the prior written consent.