Crowds at the ghats of Ganga in Haridwar have thinned down drastically after the key ‘akhadas' of seers began pulling out of the Maha Kumbh, citing the surge in coronavirus numbers. Many spots on Monday wore a deserted look, an unimaginable sight during the Haridwar kumbh mela which will formally close only on April 30.

Prime Minister Narendra Modi on Saturday had appealed to the sadhus to observe the remaining duration of the kumbh only in a “symbolic” manner.

There is hardly any crowd now at the bathing ghats where droves of sadhus and common devotees had gathered for a dip in the river on the ‘shahi snan' of April 14, defying Covid-19 norms like social distancing.

Most of the devotees have already left and the akhadas have been winding up their camps one after another.

Panch Dashnam Joona Akhada, the largest among them, announced its exit from the kumbh mela soon after PM Modi's appeal to sadhus, referring to the rise in coronavirus cases.

Niranjani, Anand, Avahan, Agni and Kinnar sects too ended their participation in what is perhaps the largest religious congregation in the world.

"Most of the sanyasi akhadas have vacated their camps. Only 1,000-2,000 seers of the six Bairagi akhadas are still in the mela kshetra waiting for the last shahi snan slated for April 27," Uttarakhand DGP Ashok Kumar said.

"After the shahi snans of April 12 and 14 several akhadas left and not much is left in the Kumbh area. Practically, the kumbh kshetra is empty now and no one is expected to come from outside," he said. 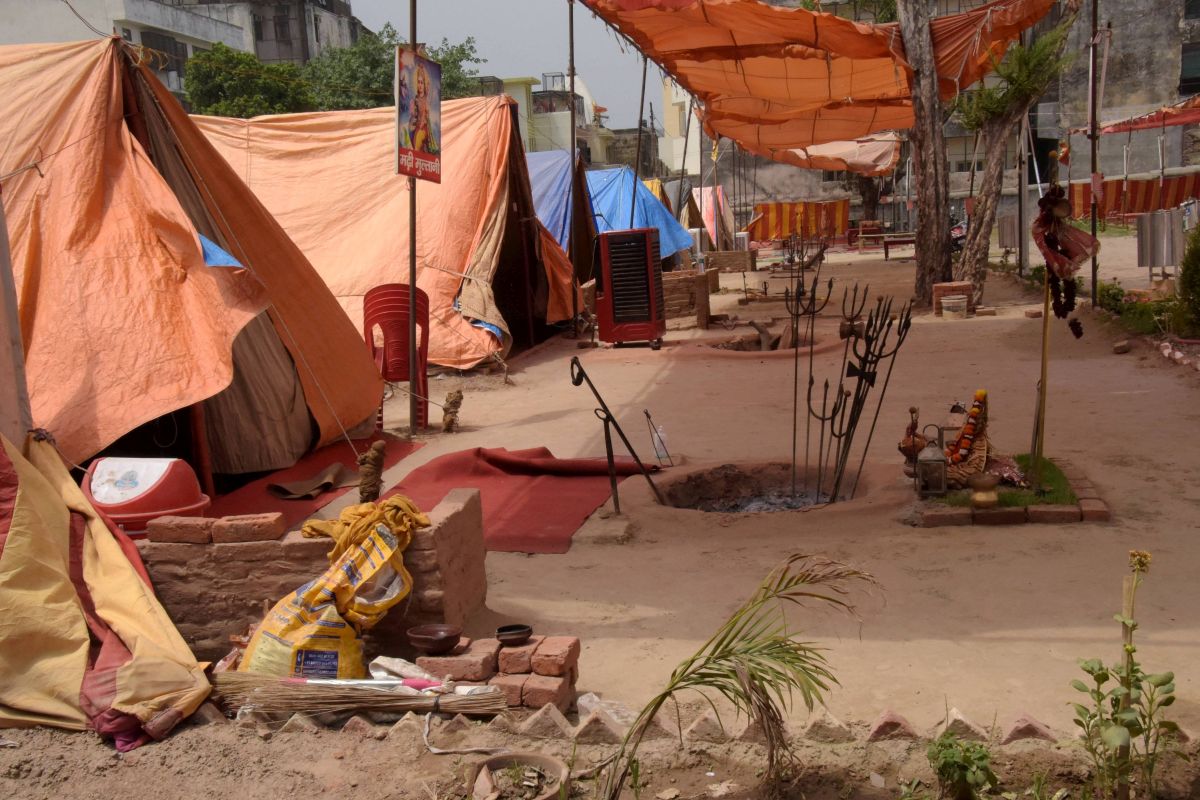 Traditionally, the last shahi snan held on Ram Navami is a main event for the Bairagi sect and not for the others.

Altogether, Uttarakhand reported over 2,000 fresh Covid cases during the past four days with Dehradun and Haridwar districts being the largest contributors to the tally.

DGP Kumar, however, refused to accept the argument that the kumbh mela is a ‘super-spreader' of the virus because of the huge gathering, calling the theory "entirely fake".

"We have data to prove that it is a complete lie,” he claimed.

“The Covid positivity rate in Haridwar is less than two per cent. If 50 out of a total of 10,000 sadhus test positive for Covid, it is 0.5 per cent whereas three lakh people tested positive for Covid in Maharashtra in a span of five days,” he added.

But Haridwar's Chief Medical Officer S K Jha said over 150 seers had tested positive for Covid from April 1 to 18.

Chief Minister Tirath Singh Rawat on Sunday said the shahi snan at the kumbh has been conducted successfully with everyone's cooperation. The prime minister's appeal to seers has also evoked a positive response from the sadhus, he added.

Agni Akhada secretary Sampoornanand Brahmachari said the decision on a final kumbh immersion of deities was taken after Modi's appeal.