Kumbh Mela starts with Shahi Snan in UP

At the break of dawn, chants of ‘Har Har Gange’ reached its crescendo as lakhs of devotees, ascetics and religious leaders of various orders congregated at the Sangam on Tuesday for a ritual dip, marking the beginning of the Kumbh Mela. 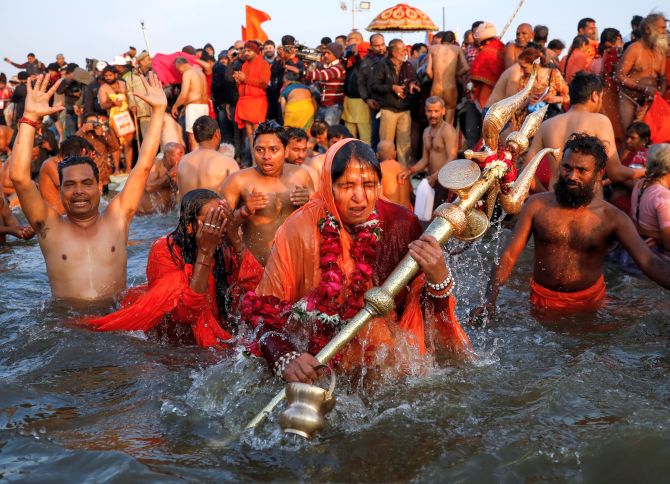 The confluence of the Ganga, Yamuna and the mythical Saraswati has called out to the religious for centuries and Makar Sankranti, which marks the beginning of the festival, is one of the sacred bathing days of the 50-day Kumbh Mela. 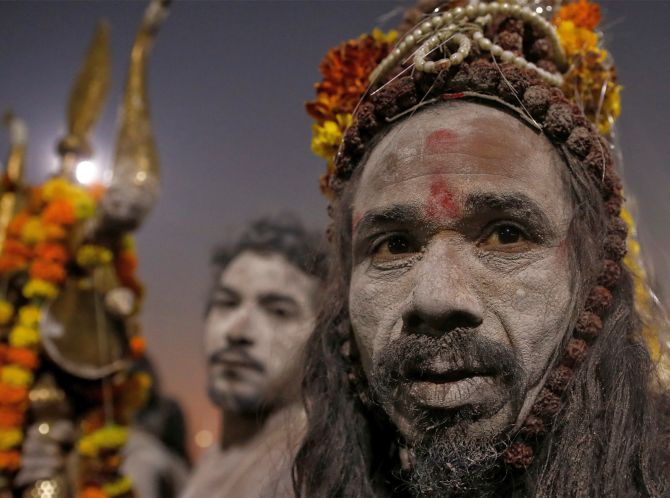 Devotees braved the cold weather to take a dip in the icy water as they reached the Kumbh Nagari which witnessed a huge rush of people from far-away lands as early as 4 in the morning. 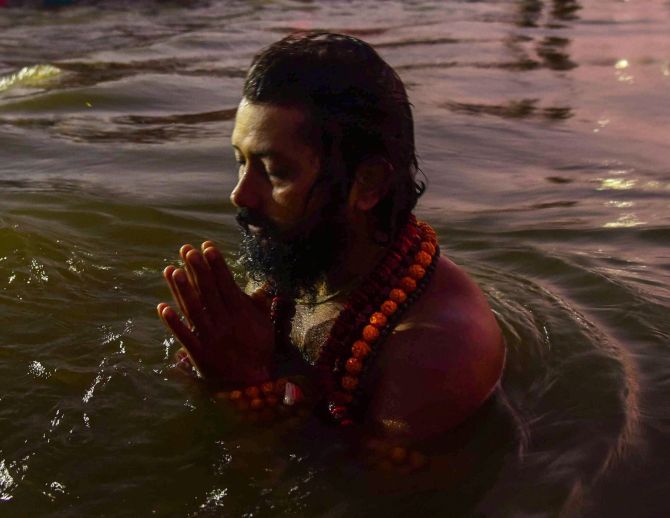 Sadhus of 13 akharas (seven Shaiva, three Vaishnava, two Udasina, and one Sikh) who have traditionally participated in the Kumbh Mela, the largest congregation in the world, were the first to take the holy bath known as ‘Shahi Snan’. 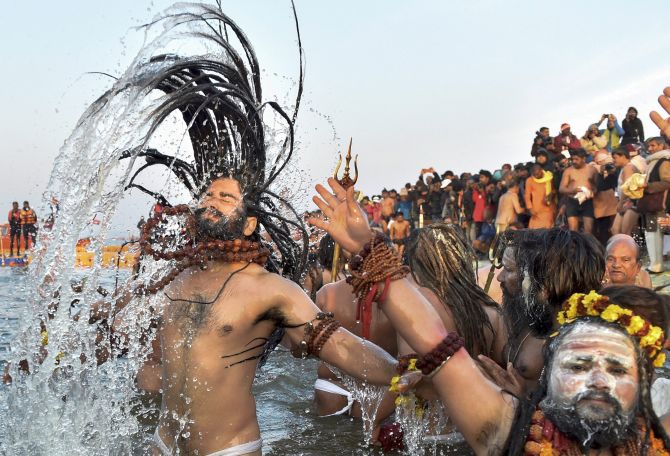 They marched majestically, dancing and humming devotional songs, all the way to the confluence. 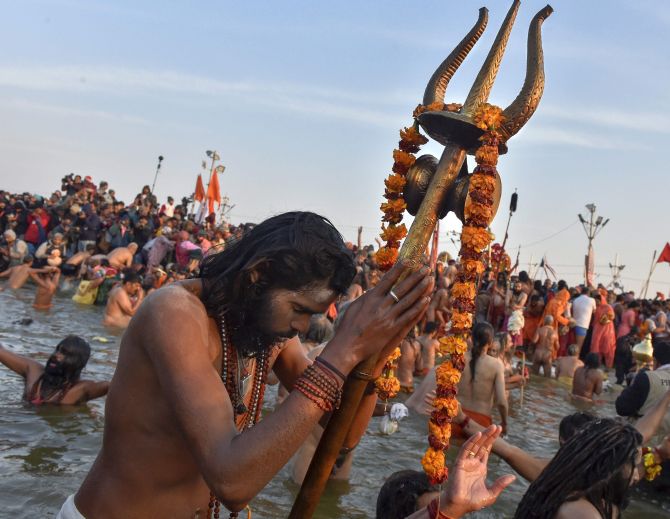 “Me and my family came around 4:30 am thinking that it will be too crowded later.

“Not that it is any less crowded now. Also, we didn’t want to miss the march of various akharas that will be taking part at the Shahi Snan ritual,” said 35-year-old Anshuman, who had just taken the holy dip. 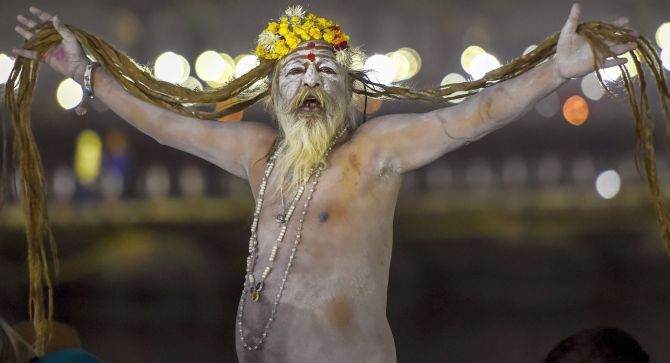 The order in which the holy dip is performed by various akharas is pre-determined. 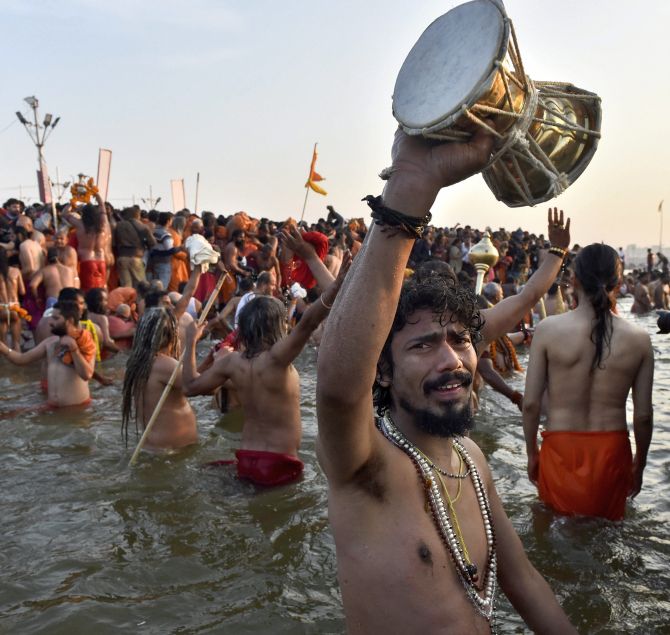 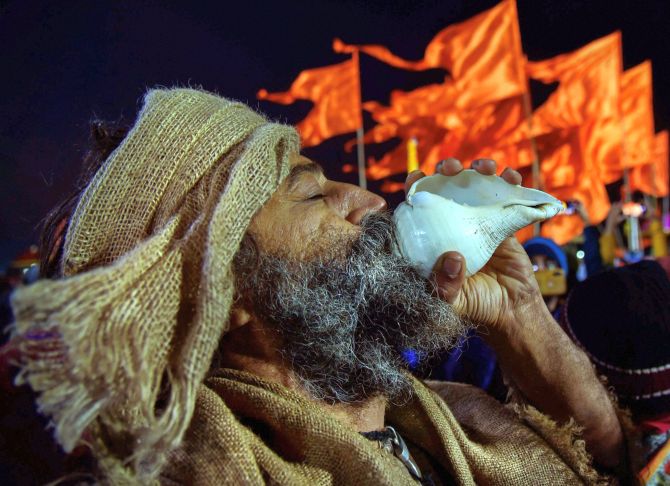 Attracting eye-balls of one and all, especially the foreigners, was the march of Naga sadhus, a martial order of ascetics who move about naked with ash smeared on their whole body.

“It is surreal. I had always heard about them. In fact, one of the reasons we wanted to come to the Kumbh was to see them in real as we are told that this is the only festival in which they arrive in numbers,” said Manuel Matthaus, who had come from Germany. 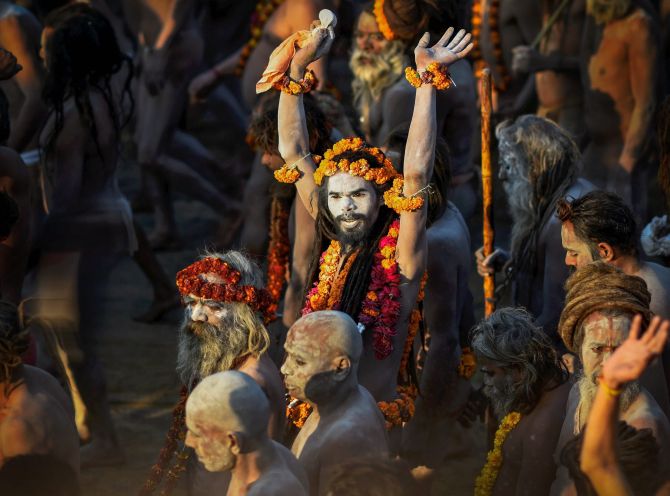 “Yes, I did plan to take the bath. But I guess the water now is too freezy for my linking. May be later in the evening,” he added, as his girlfriend was busy capturing the spectacle on her camera.

About 12 crore people are expected to visit the Kumbh between now and Maha Shivratri on March 4, when the Mela will come to a close, for a holy dip at the Sangam. It was traditionally called ‘Ardh Kumbh’ as it takes place twice in 12 years, but the present Uttar Pradesh government recently renamed it ‘Kumbh’. 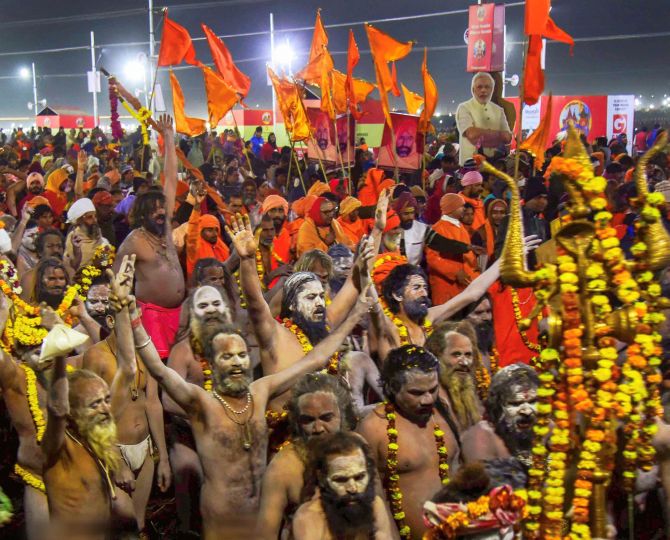 In 2013, according to a recent book ‘Kumbha: The Traditionally Modern Mela’, 12 crore attended the grand fair.

The state government expects the number to go higher this time.

Manik Gupta
© Copyright 2020 PTI. All rights reserved. Republication or redistribution of PTI content, including by framing or similar means, is expressly prohibited without the prior written consent.