Clashes broke out between Bharatiya Janata Party workers and police personnel in Kolkata on Wednesday during a massive rally organised by the party in protest against post-poll violence and alleged attack on its workers and supporters. 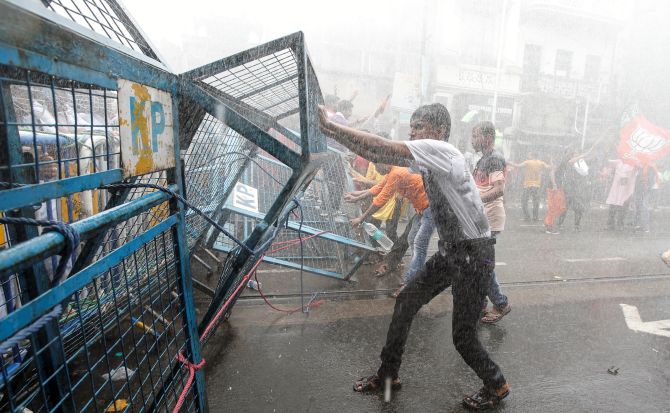 IMAGE: BJP workers break barricades as police use water cannon to disperse them during a protest against what they call violence against their colleagues in the state of West Bengal. Photograph: Rupak De Chowdhuri/Reuters

As the BJP activists jostled to reach the Bowbazar crossing in the city, police resorted to firing tear gas shells and water cannons to disperse them.

In retaliation, the saffron party workers raised slogans and hurled stones and bottles at the officers. Some of the party workers were seen holding a sit-in demonstration in the area in protest.

The saffron party workers, along with 18 newly elected MPs in the state, including BJP state president Dilip Ghosh, were marching towards the Kolkata Police headquarters in Lalbazar from the Wellington area of the city. 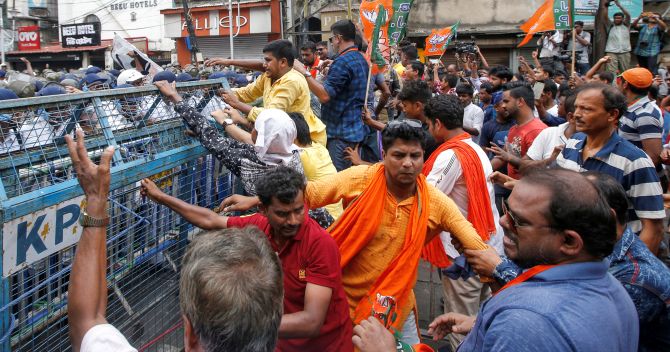 IMAGE: As the BJP activists jostled to reach the Bowbazar crossing in the city, police resorted to firing tear gas shells and water cannons to disperse them. Photograph: Rupak De Chowdhuri/Reuters

Post-poll violence has been reported from various places of West Bengal after the BJP secured 18 of the 42 Lok Sabha seats in the state, just four less than that of the TMC. 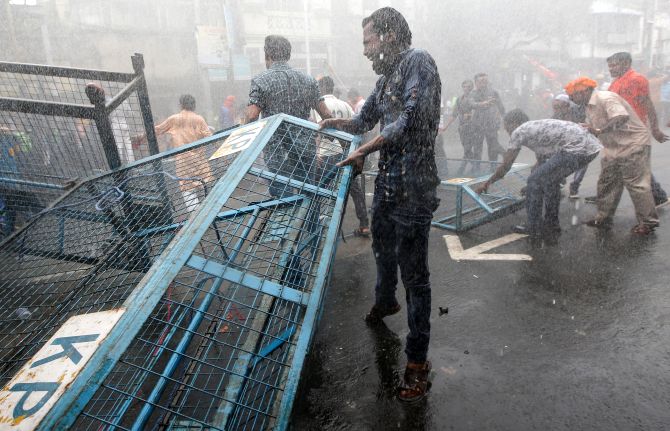 Roy on Tuesday blamed Chief Minister Mamata Banerjee for the clashes in North 24 Parganas' Sandeshkhali on Saturday that claimed three lives, and demanded an investigation into the violence by anti-terror probe agency National Investigation Agency.

Banerjee had earlier accused the BJP of "spreading false information as part of a game plan to topple her government". 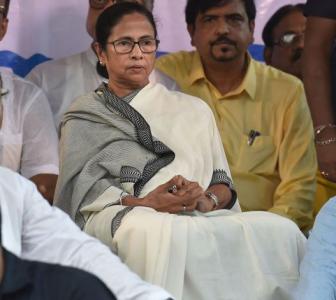