A blanket of snow covered Kashmir on Saturday as most areas received fresh snowfall, cutting the valley's surface as well as air connection with the rest of the country. 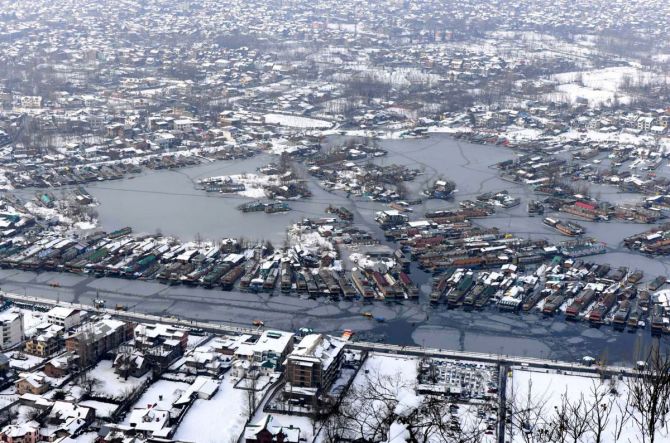 The valley had received snowfall for four consecutive days earlier in the week, draping everything in white.

The famous Dal Lake in Kashmir's Srinagar has frozen owing to bitter cold wave that has gripped the valley. 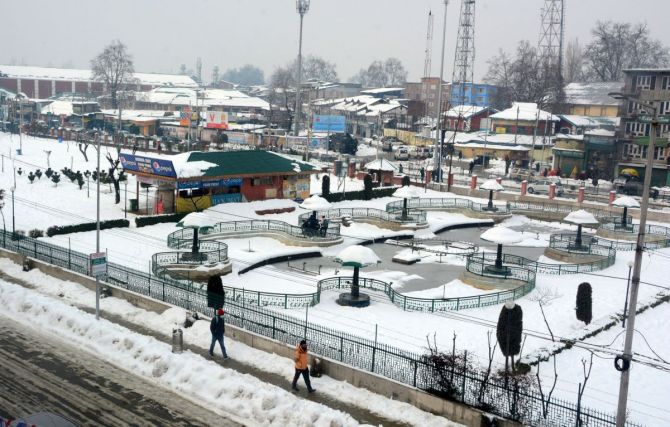 The fresh snowfall affected the air traffic to and fro the Kashmir valley as no flight operations took place at the Srinagar airport, the officials said.

The Srinagar-Jammu national highway remained closed for traffic on the seventh day on Saturday, the officials said. 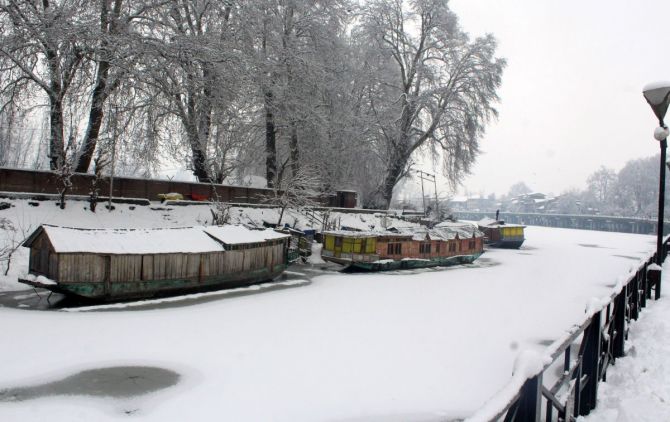 The officials said Srinagar recorded four inches of snow till 8.30 am. 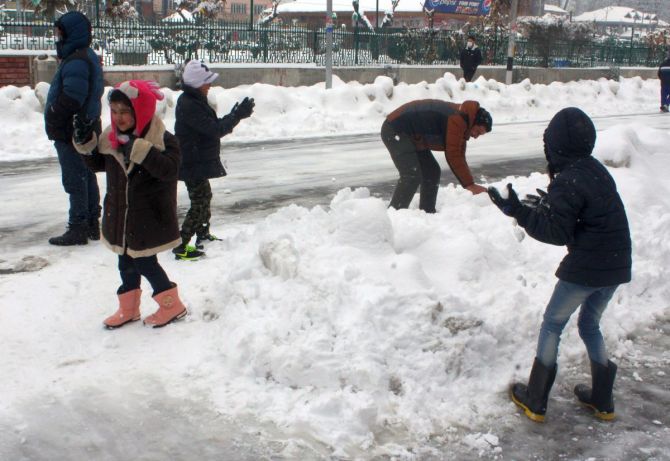 'Chillai-Kalan' began on December 21 and ends on January 31, but the cold wave continues even after that in Kashmir.