Celebrating Kamala Harris as America's first woman vice president, a unique glass portrait in her honour has been unveiled in front of the historic Lincoln Memorial. 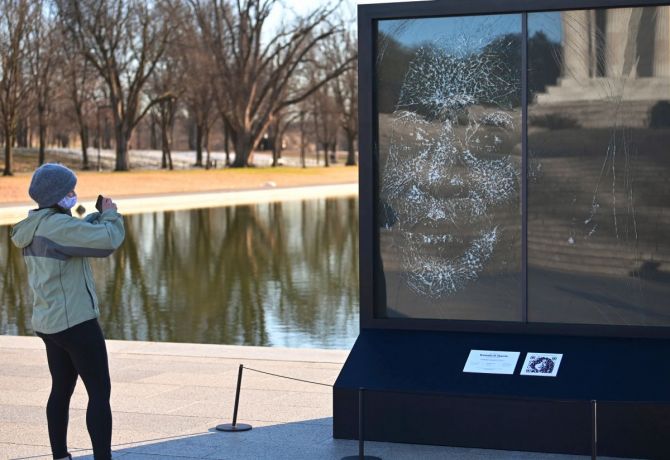 “Representation matters, especially at the ballot box, and the inauguration of Kamala Harris as the first woman, and first woman of colour, to serve as vice president of the United States is a landmark moment in American history,” said Holly Hotchner, president and CEO of the National Women's History Museum.

Harris -- whose mother Shyamala Gopalan Harris, a cancer researcher, was from Chennai and father Donald Harris is a Jamaican American professor of economics -- took over the office of the US Vice President on January 20.

The installation to honour Harris' shattering of this monumental “glass ceiling'' is presented by the National Women's History Museum, the nation's leading women's history museum and the most recognised institution dedicated to uncovering, interpreting and celebrating women's diverse contributions to society, in partnership with Chief, a private network focused on connecting and supporting women leaders.

Set against the historic and scenic backdrop of the reflecting pool and Washington Monument, the installation includes a plaque featuring a QR code which viewers can scan to take them to an Instagram Spark AR. 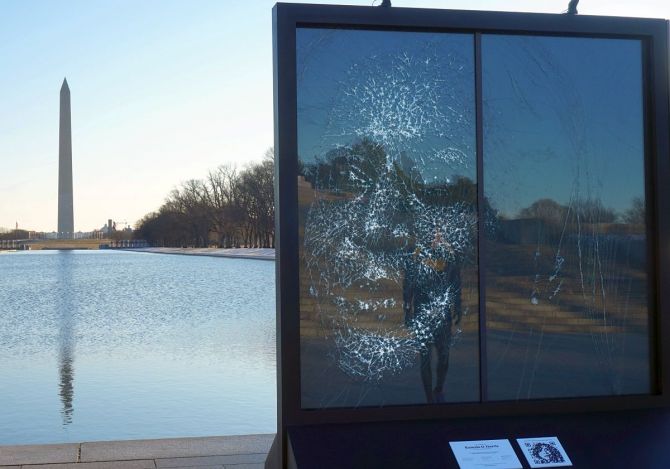 This provides an augmented reality experience that immerses the observer in Harris' glass-breaking moments. The campaign also includes a companion website and film.

Based on a colour photo of Harris taken by photographer Celeste Sloman (represented by ATRBUTE, New York), the artwork measures 6.5 feet x 6.5 feet and was crafted by artist Simon Berger, according to the statement.

“Today's progress is built on the legacy of the women who came before -- the trailblazers, like Kamala, who raised their voices, marched for their rights, and ran for elected office; the women who cracked glass ceilings so that other women could shatter them,” Hotchner said.

Lindsay Kaplan, who co-founded Chief in 2019 with Carolyn Childers, said that this artwork not only celebrates Vice President Harris, a woman who embodies this mission, but it recognises the women who came before her and those who'll come after.

Today, only 23 per cent of executive roles are held by women.

“We hope this exhibit will show women of all backgrounds that they can change that percentage, assert their voices and open doors as they shatter barriers," she added.