Coast Guards of India and the United States took part in a joint exercise off the Chennai coast on Friday to promote coordination between the two maritime forces. 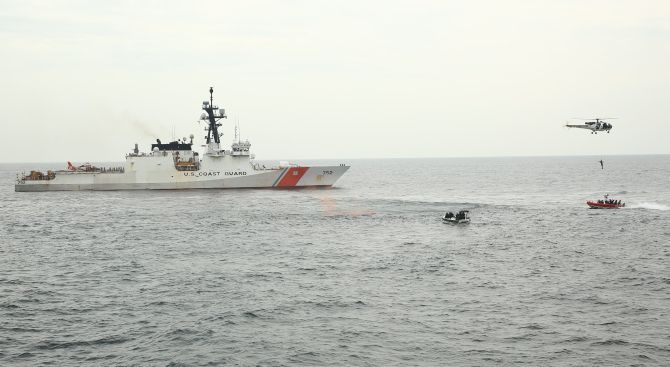 Coast Guard ships and aircraft of the two countries took part in the exercise around five nautical miles off the city coast in the Bay of Bengal.

From the Indian side, ICG Shaurya and ICG Abheek ships and Chetak helicopter took part in the exercise that focused on anti-piracy, search and rescue, and fire fighting operations, a Coast Guard official told PTI.

The US cutter ship 'Stratton', 127-metre-long and 43-metre-tall, and an aircraft associated with the vessel were part of the operation, the official added. 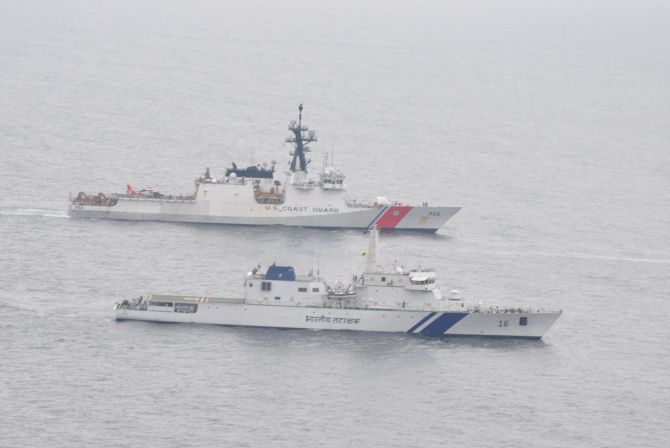 Post the four-hour-long exercise that started at 7 am Friday, 'Stratton' made its maiden visit to India at the Chennai port.

US Coast Guard Captain Bob Little said the primary focus of the exercise is on law enforcement, adding 'we share an interest with ICG against anything that happens illegally at sea such as illegal fishing, trans-national terrorism, counter narcotics'.

He said the exercise served as an opportunity to grow strategic relationships of both the countries, as the US sees India as a critical strategic partner in the Indo-Pacific
region. 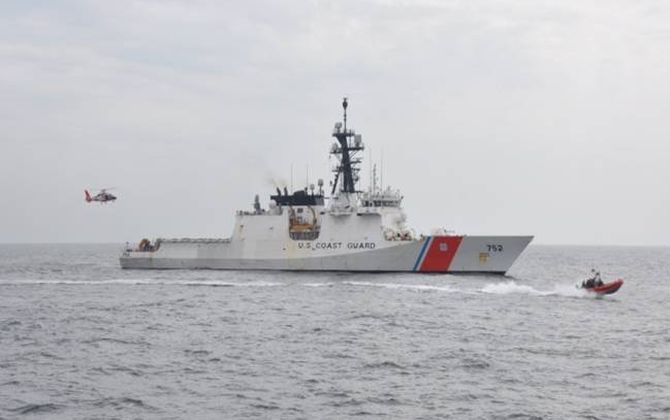 According to an ICG official, the sea exercise concluded on Friday and the USCG ship will leave India on August 27 after taking part in a host of activities, that include interaction between US and Indian officials, the official said.

IMAGES: ICG Shaurya and ICG Abheek ships and Chetak helicopter from India and US cutter ship 'Stratton' and an aircraft associated with the vessel, take part in a joint exercise off the Chennai coast on Friday. Photographs: Courtesy @IndiaCoastGuard/Twitter
Source: PTI© Copyright 2021 PTI. All rights reserved. Republication or redistribution of PTI content, including by framing or similar means, is expressly prohibited without the prior written consent.
Related News: ICG Shaurya, Coast Guard Captain Bob Little, Coast Guards of India, United States, Stratton
SHARE THIS STORY
Print this article 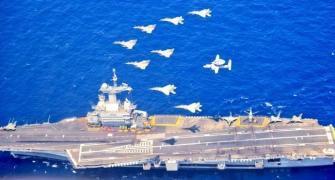 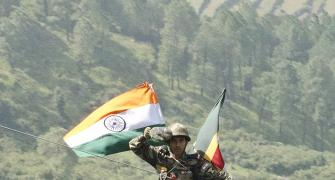 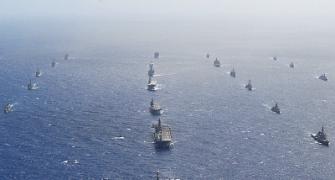 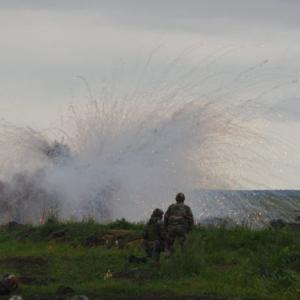 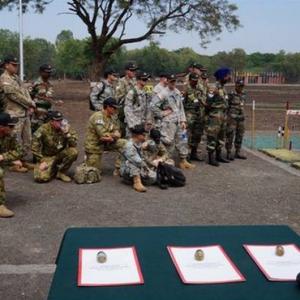