Akhtar later said the varsity administration will explore the possibility of moving court for registration of an FIR against the 'police brutality'. 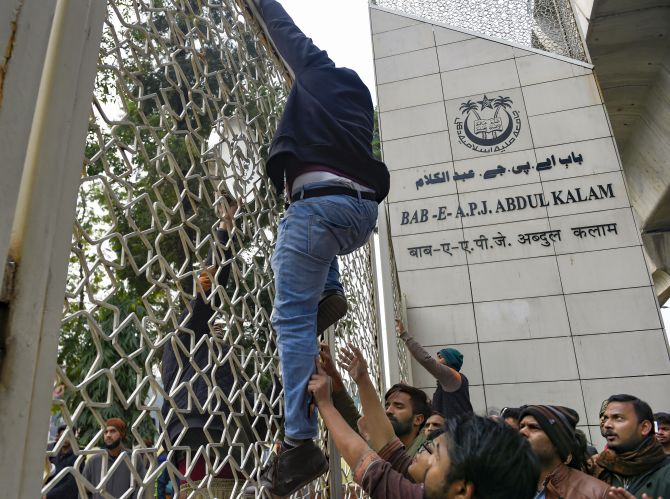 The vice chancellor said the National Human Rights Commission (NHRC) has already begun the inquiry into the police action against the students.

An NHRC team has already visited the university and another team is scheduled to come on Tuesday to record the statement of the 'victims', she said.

On Monday, the students barged into the office premises after breaking the lock on the main gate and raised slogans against the vice-chancellor and demanded an FIR against the Delhi Police.

On December 15, as violence over the anti-citizenship amendment act flared up, the Delhi Police entered the campus and cracked down on students.

According to students, police laid seige to the campus and those injured were not even allowed to get medical attention. Students said windows of the library were smashed and around 50-60 students were inside when policemen gheraoed it. 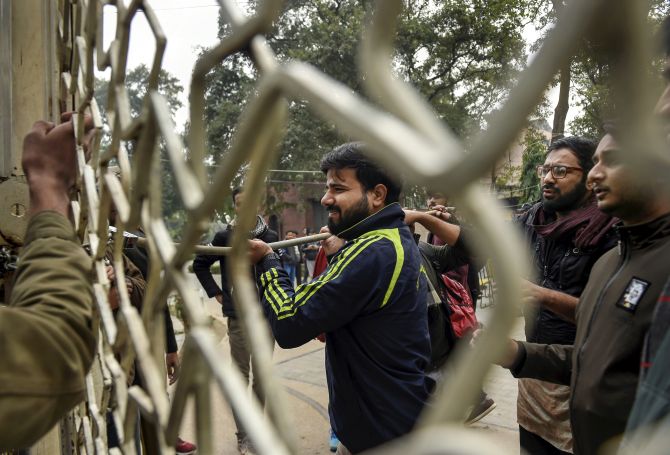 Akhtar tried to pacify the students who were unwilling to relent.

Students said if police are not ready to register the FIR, then they are ready to march till a cognisance of their complaint is taken.

In a statement, the university said the administration will take all possible measures to address the concerns of students.

"A decision has also been taken that the administration will explore the possibility of moving court for registration of FIR in the December 15, 2019 police brutality in the university library case at the earliest.

Among other demands, the students also want the university to reschedule examinations and ensure security of students.

"On the demand of the protesting students, the vice-chancellor, in consultation with the Deans, Heads of Departments and other officials, announced that the ongoing semester exams stands cancelled till further notice. New schedule will be declared later," the statement added. 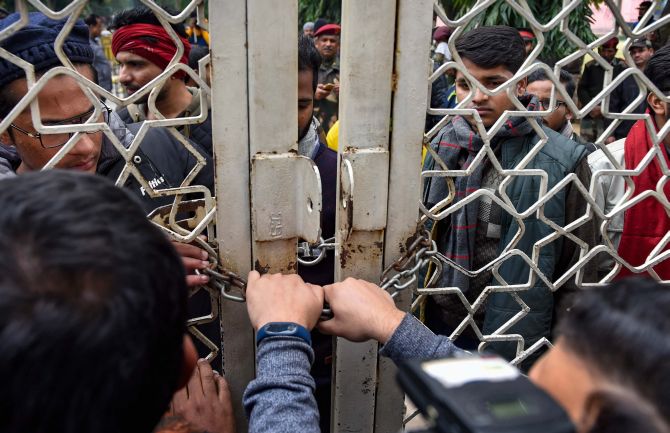 Angry students claimed that notices were given to vacate the hostel post the violence, a charge denied by Akhtar.

Saeed Fahad, an architecture student, said FIRs have been registered against those who were demanding their rights during protest. The real accused are still at large, he said referring to the police crackdown.

Adil, an engineering student, said not even a single FIR has been filed in connection with last month's violence.

Ragiv Naushad, a law student, said they are not assured with the vice-chancellor's assurances.

"The FIR has to be registered as soon as possible. The vice chancellor should give us safety assurance that no police will enter the campus again," Naushad said. 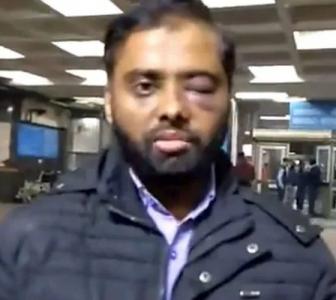