It's an odd, crazy world out there... Here's proof

Here's your weekly digest of unusual moments from around the world. 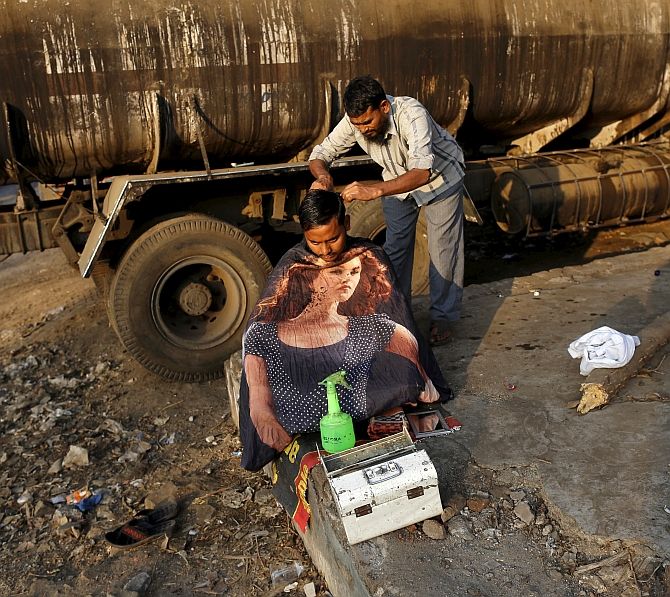 A truck driver gets a haircut from a roadside barber at an industrial area in Mumbai. Photograph: Danish Siddiqui/Reuters A man dressed as the "Statue of Liberty" tries to fix his light as it begins to snow in Times Square in the Manhattan borough of New York. Photograph: Carlo Allegri/Reuters 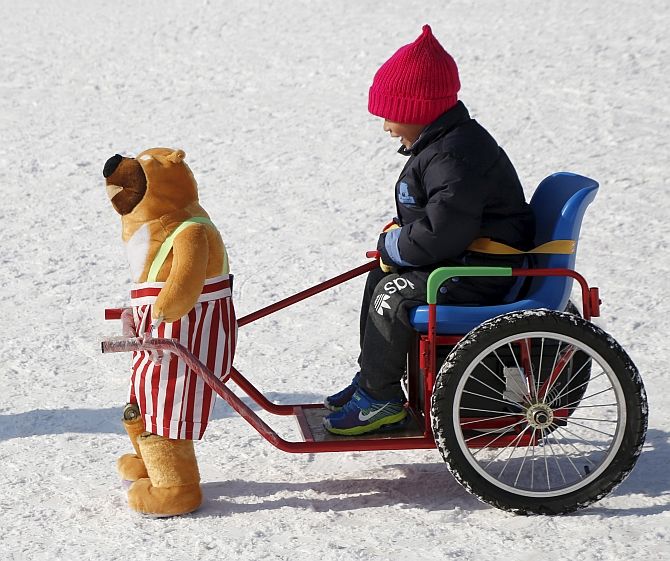 A boy rides on a snow wagon towed by a robot dressed as a stuffed doll, which only moves forward by moving its legs, during the Ice and Snow carnival at Taoranting park in Beijing. Photograph: Kim Kyung-Hoon/Reuters A man tries to snatch 100-yuan banknotes inside a glass cage during an event held to celebrate the upcoming Spring Festival, at a park in Hangzhou, Zhejiang province, China. The event offered 5 million yuan ($760,000) for 10 visitors to snatch inside a glass cage with an air blower on. The visitors were allowed to take away all the money they could grab with their hands within one minute. One of the visitors won 18,300 yuan ($2,800) from the game. Photograph: Reuters The moon is seen next to the Messeturm (fair tower) in Frankfurt, Germany. Photograph: Kai Pfaffenbach/Reuters Tourists watch high waves of the Pacific Ocean pounding the coast in Vina del Mar city, Chile. High waves have been pounding Chile's coastline from Arica to Los Lagos, tourists have been warned by the navy to stay away from beaches, especially in the evening and early morning when the high tide comes in. Photograph: Rodrigo Garrido/Reuters 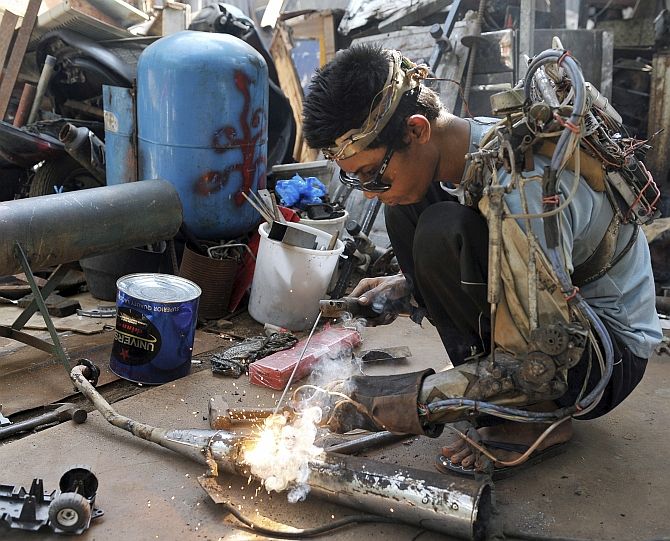 Mechanic I Wayan Sumardana, also known as Tawan, uses what he calls a "robotic" arm he said he made himself, while welding a client's motorbike part at his garage in the village of Nyuh Tebel, Karangasem, Bali, Indonesia in this photo taken by Antara Foto. Tawan claimed that he built the device using mostly recycled materials to help him move his left arm after suffering paralysis 6 months ago. Photograph: Nyoman Budhiana/Antara Foto/Reuters 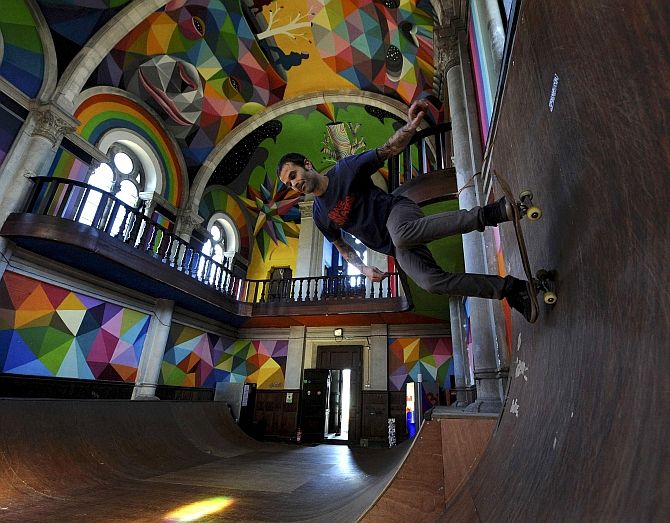 A man practices skateboarding inside the desconsecrated Santa Barbara church, which was first started in 1913 and abandoned for decades, in Llanera, northern Spain. A collective of skaters named "The Church Brigade" is building a skate park inside the former place of worship, turning it into a place of pilgrimage for lovers of the activity. Photograph: Eloy Alonso/Reuters 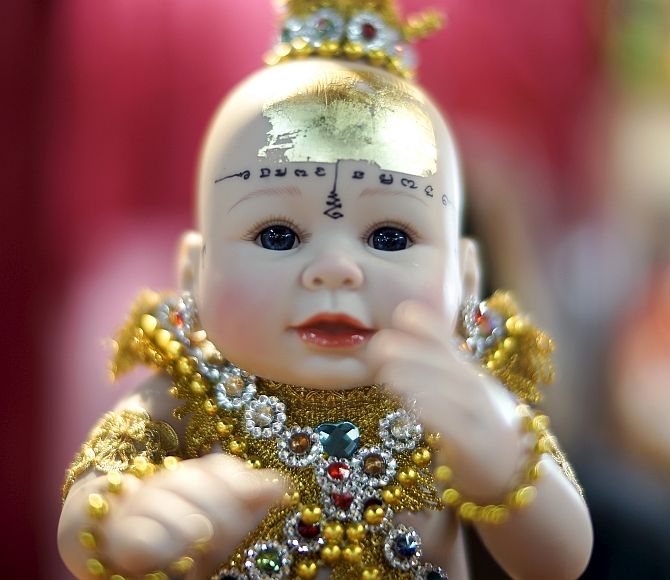 A "child angel" doll is pictured at a shop inside a department store in Bangkok, Thailand. A craze for lifelike dolls thought to bring good luck is sweeping Thailand, reflecting widespread anxiety as the economy struggles and political uncertainty persists nearly two years after a coup. Photograph: Athit Perawongmetha/Reuters