The Islamic State has lost its last stronghold, Baghouz, in eastern Syria, the Syrian Democratic Forces announced on Saturday. 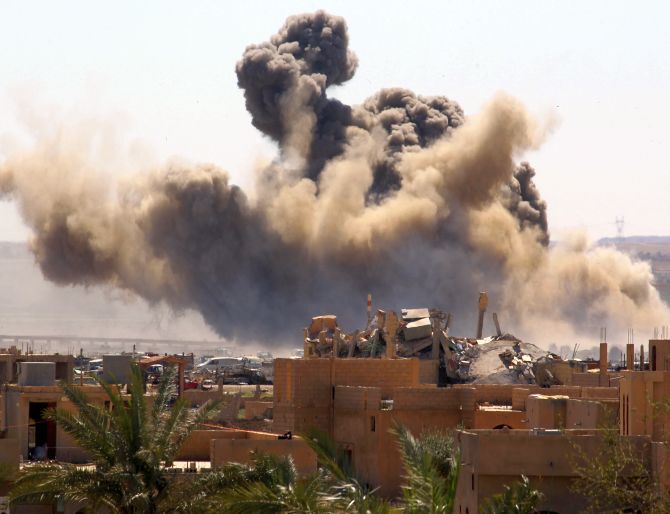 "Syrian Democratic Forces declare total elimination of so-called caliphate and 100 per cent territorial defeat of IS. On this unique day, we commemorate thousands of martyrs whose efforts made the victory possible," tweeted Mustafa Bali, head of the SDF press office.

The terror group had once controlled vast territories of land stretching from western Syria to eastern Iraq.

In February this year, head of the United States military's Central Command, General Joseph Votel, said that he disagreed with US President Donald Trump's decision to withdraw troops from Syria. He added that the Caliphate proclaimed in 2014 can be defeated, but the terror group would continue to remain a threat, CNN reported. 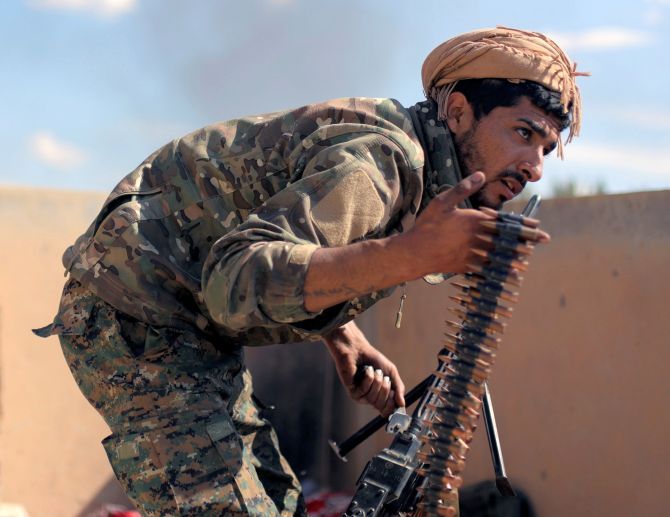 In the wee hours of February 10, the SDF or Kurdish forces, backed by US-led coalition group initiated an attack on the small town of Baghouz Al-Fawqani on the banks of the Euphrates river, considered to be the last bastion of IS in the country. 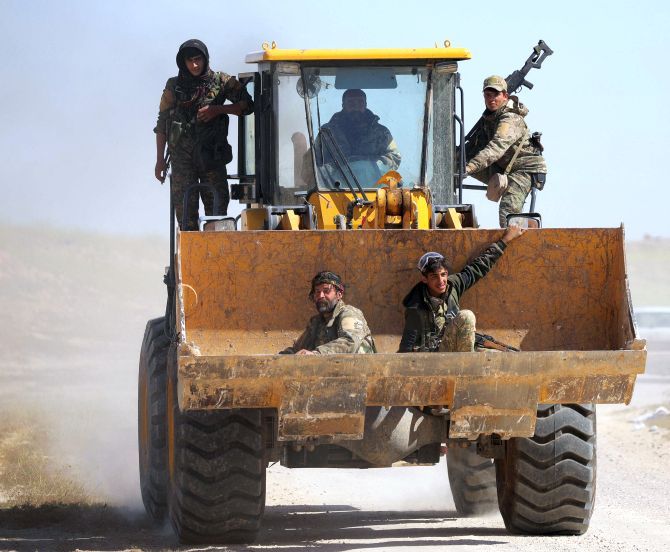 IMAGE: Fighters from the Syrian Democratic Forces sit in the bucket of an excavator in the village of Baghouz. Photograph: Rodi Said/Reuters

The capture of Baghouz comes almost three months (December 2018) after US President Trump declared that IS had been defeated in Syria and announced for the US troops' withdrawal from the region -- a decision that triggered senior State Department officials, including Defence Secretary James Mattis, to resign from their posts.

Earlier this week, US President Trump brandished maps in front of reporters at the White House, claiming to have destroyed the 'IS physical Caliphate' in Syria and Iraq ever since taking office in 2016. 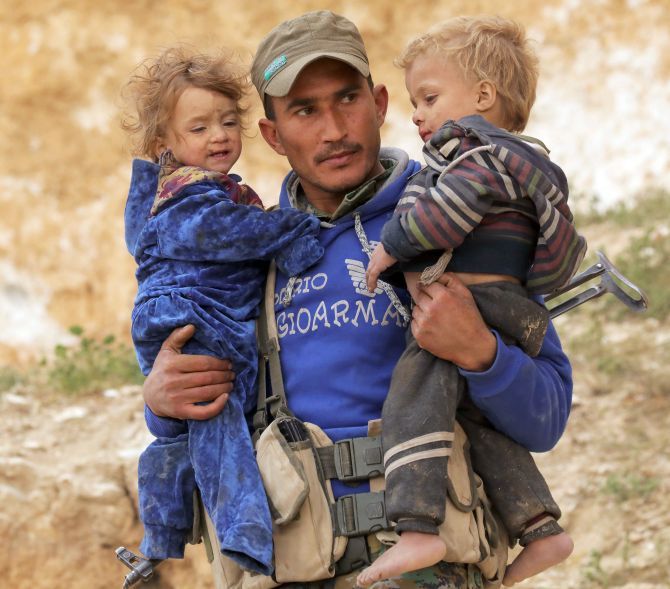 The US president further announced that the Islamic State would be "gone by tonight" as fighting continued between the terror group and the US-backed local forces in Syria. 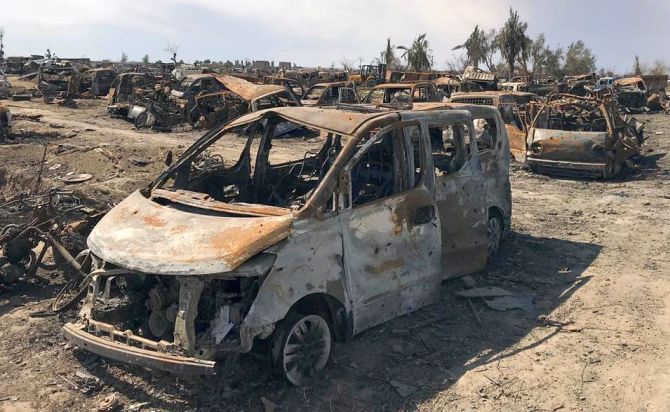 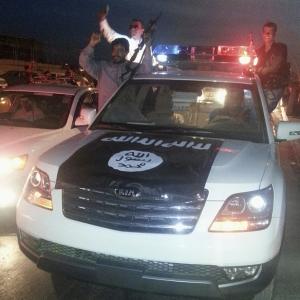 What ISIS's new 'Islamic state' means for the world