Somesh Jha describes the mood at Patiala House courtroom and outside on Thursday during the 2G spectrum case verdict. 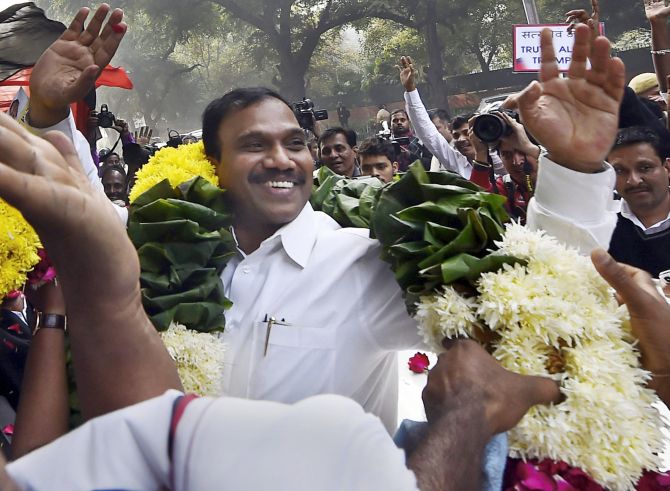 IMAGE: Former telecom minister A Raja celebrates along with his supporters after a CBI special court acquitted him in the 2G spectrum case on December 21, 2017. Photograph: Kamal Singh/PTI Photo.

A confident A Raja entered the already packed Patiala House Courts complex early morning on Thursday, wearing a big smile, almost an hour before the Central Bureau of Investigation special court was to deliver its verdict in the 2G spectrum case.

This courtroom, that has been the scene of action ever since the alleged 2G scam broke out almost eight years ago, was unusually filled as it was about to witness the much-awaited judgment in the case.

Politicians, bureaucrats, industrialists, reporters and onlookers were all trying to work their phones, but mobile networks were mostly jammed.

Ironically, the only network available to those standing outside the Special Central Bureau of Investigation judge OP Saini’s courtroom was 2G.

While the cops attempted to restrict the entry of people thronging the courtroom, Mohomed Morani, brother of film producer Karim Morani, told them, “Kam se kam accused ko jaane do (At least let the accused go in).” 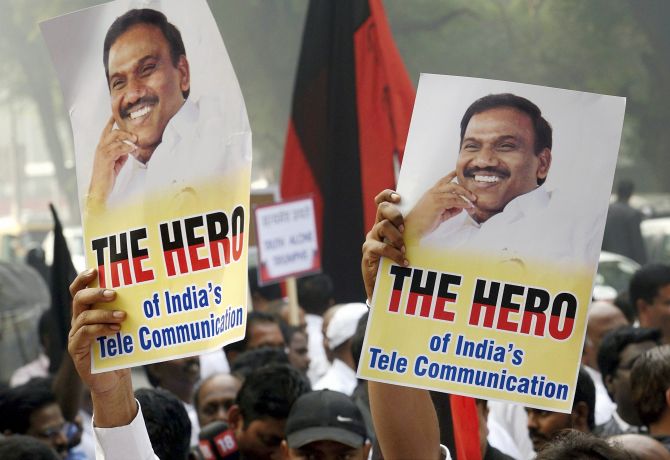 In fact, the families of many named in the CBI chargesheet could not enter.

Bharatiya Janata Party leader Subramanian Swamy, one of the petitioners on whose plea the CBI ordered a probe in the 2G case, made a surprise entry into the courtroom.

Minutes after people were still struggling to get in, DB Realty and Swan Telecom promoter Shahid Balwa emerged out of the courtroom and animatedly declared, “All accused acquitted.”

There was a moment's silence before all hell broke loose.

Raja’s wife and daughter broke down inside the courtroom when the judge pronounced, “The public prosecutor has miserably failed to prove the case. All the accused are acquitted.”

Families of the others acquitted were overwhelmed. 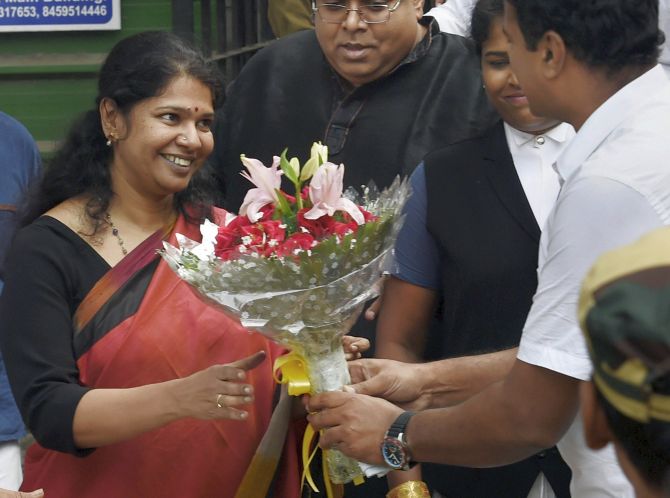 “The last few years have been extremely bad. But it has made us much stronger and united as a family,” said Aseela, wife of DB Realty managing director Vinod Goenka, who had been charged with cheating and conspiracy in the case.

When a journalist asked Balwa whether he broke down inside the courtroom after hearing the verdict, he said, “I am not the kind who breaks down.”

Balwa, accused by the CBI of bribing Raja with Rs 200 crore (which the CBI court ruled out on Thursday), was the first person to meet the former telecom minister after the verdict was out.

Both went to the chamber of one of their lawyers, Vijay Aggarwal, at the court complex and interacted with their supporters and well-wishers, in person and on the phone, for about 30 minutes.

“I also know how to speak Tamil… I learnt it from Raja,” Balwa told the DMK leader’s supporters waiting outside the lawyer’s chamber.

They were all sent to jail a few years ago for the alleged scam, and many had bonded there as well as during the years of court hearing. 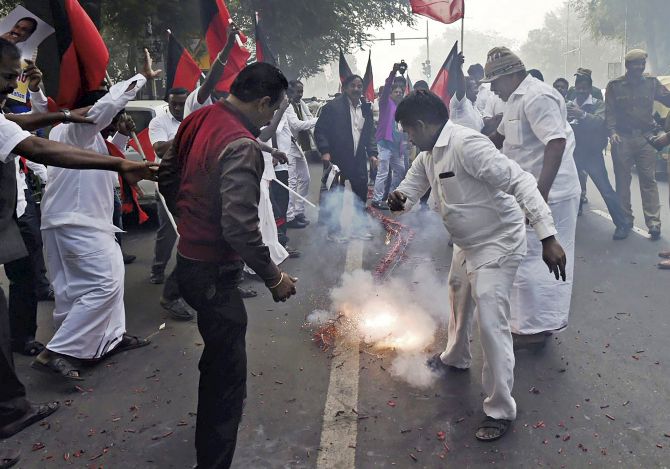 Raja came out of the chamber, waved at the hundreds of supporters waiting outside the court, got photographs clicked, and then came back to complete the formalities.

DMK supporters burst firecrackers outside the court, raised slogans and distributed sweets among the cadre.

“I am naturally happy. I always knew I would be acquitted,” Raja said, adding, “I stand before you with all authority and say that all the institutions went wrong. The media and the Comptroller and Auditor General went wrong.”

DMK leader Kanimozhi, in a red and black sari, symbolic of her party colours, said former Prime Minister Manmohan Singh called her up after the verdict and told her “truth has triumphed”.

Congress president Rahul Gandhi also congratulated her over the phone.

When someone asked her if this was a hint towards a political re-alignment, Kanimozhi just smiled and walked away.