For a while now we’ve known Britain’s Prince Harry and Meghan Markle’s wedding will take place on Saturday, May 19. 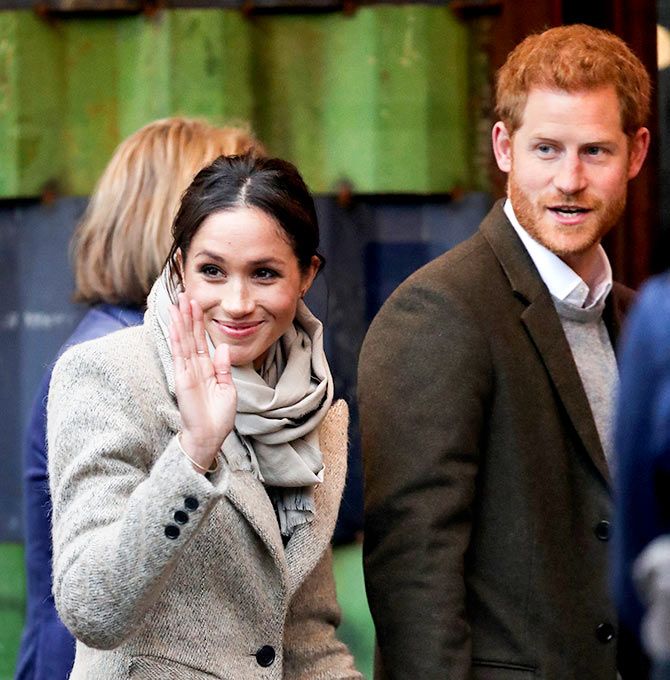 IMAGE: Prince Harry and Meghan Markel will get married on May 19 after 18 months of dating. Photograph: Chris Jackson/Getty Images

Following the engagement, an official statement from Kensington Palace was released, announcing the wedding venue as St George’s Chapel at Windsor Castle.

Here’s a look inside the venue where the two lovebirds will say ‘I do’ and other details about the wedding, which is being dubbed as the ‘event of the year’. 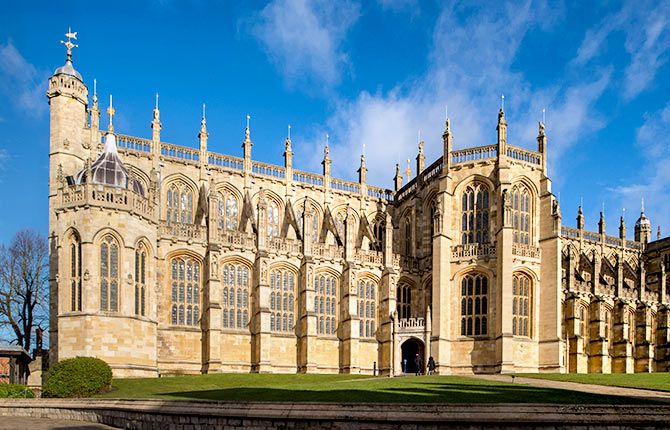 The exterior of the St George’s Chapel in the grounds of Windsor Castle. Meghan will reportedly arrive at 12 pm sharp on May 19, where the wedding ceremony will begin thereafter.
The marriage service, in the castle’s 15th century St George’s Chapel, will be conducted by the Dean of Windsor, the Right Reverend David Conner. The couple will then make their wedding vows in front of the Archbishop of Canterbury, Justin Welby.
Photograph: Dominic Lipinski/Reuters 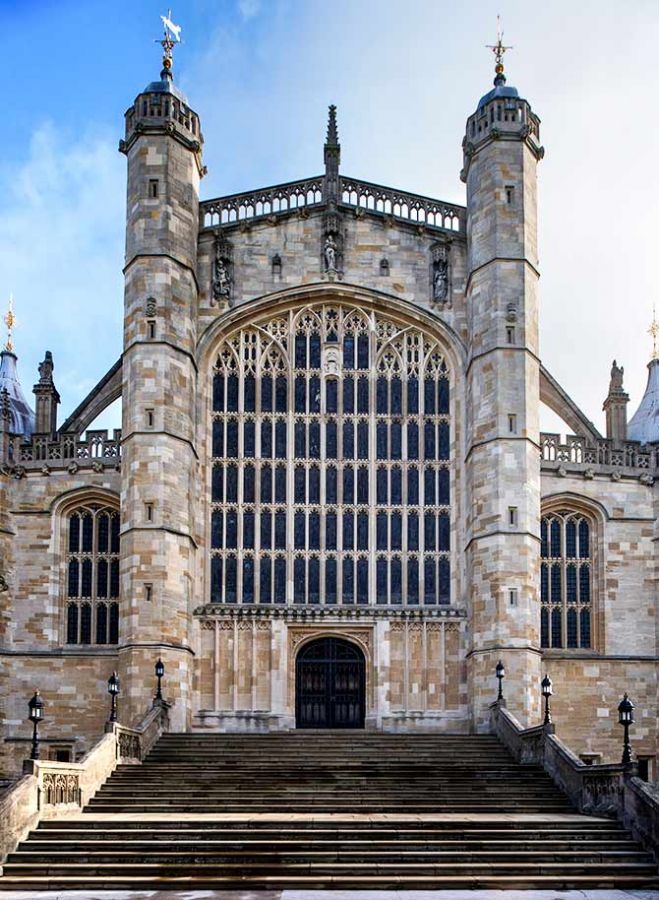 The 800-seat venue sits within Windsor Castle, which is at the centre of Windsor and just a short walk from Eton College where Prince Harry went to school.
Interestingly, Prince Harry was baptised in the chapel in 1984.
There is added significance in the choice of venue for Harry as the chapel was the venue for the blessing of the marriage of Harry's father Prince Charles and the Duchess of Cornwall Camilla, back in 2005, after their register office ceremony.
Photograph: Dominic Lipinski/Reuters 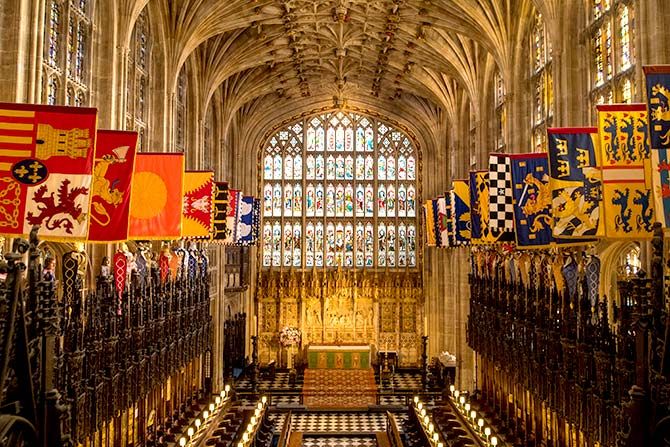 St George’s Chapel is considered one of the finest examples of Gothic architecture in England. The ornate Quire, where the choir and clergy are seated, and its aisles were completed and roofed between 1477 and 1483.
The chapel is home to the Order of the Garter, a group of honourable knights recognised for public service. A celebration of the order, Garter Day, is held at the chapel every June.
Photograph: Dominic Lipinski/Reuters 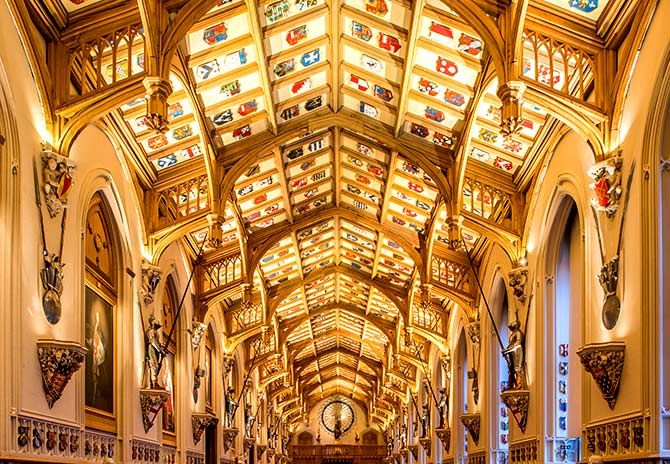 The first reception will be held in the splendour of St George’s Hall, where Harry and Meghan will be able to toast their union with all 800 guests. Later that evening, Prince Charles will host a more intimate, private reception for the newlyweds and their close family and friends.
With the wedding ceremony scheduled for mid-day on May 19, there will be no clash with the FA Cup final in the evening -- at which Harry’s brother Prince William usually presents the trophy as president of the Football Association.
Photograph: Dominic Lipinski/Reuters 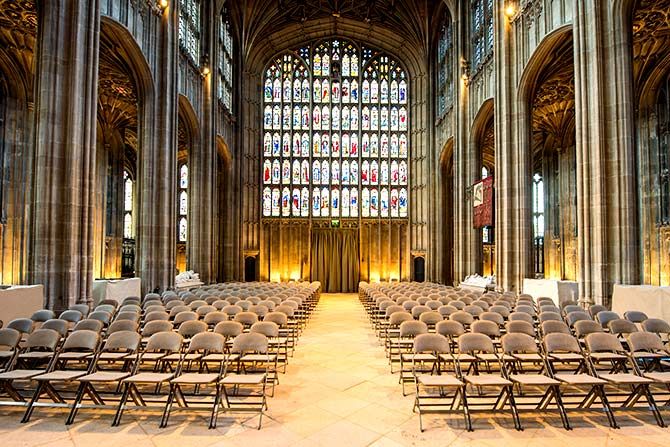 The chapel is steeped in history. It is the final resting place for many deceased monarchs and royal family members, including Henry VIII, Charles I, Jane Seymour, and Princess Margaret -- and also Harry’s great-grandmother, the Queen Mother, whom he adored. With his brother, Prince William, he famously honoured her by walking behind her coffin during the historic ceremonial procession in 2002.
Photograph: Dominic Lipinski/Reuters 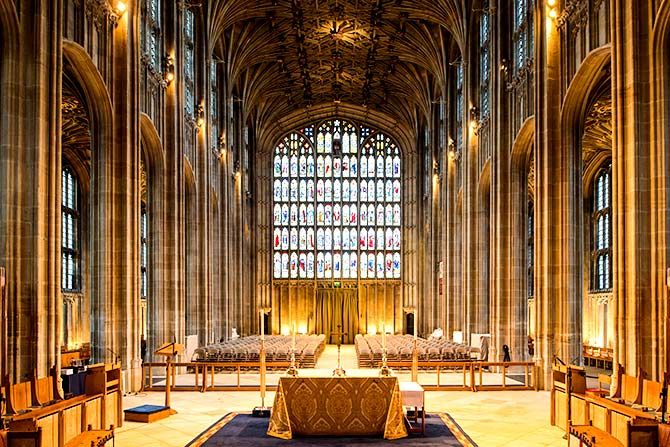 The inside of the chapel features a stunning vaulted ceiling and intricate stained glass windows.
The royal family has announced it will pay for the wedding, including the church service, the music, the flowers and the reception. However, wider security costs, policing and public order arrangements will be covered by the public purse. 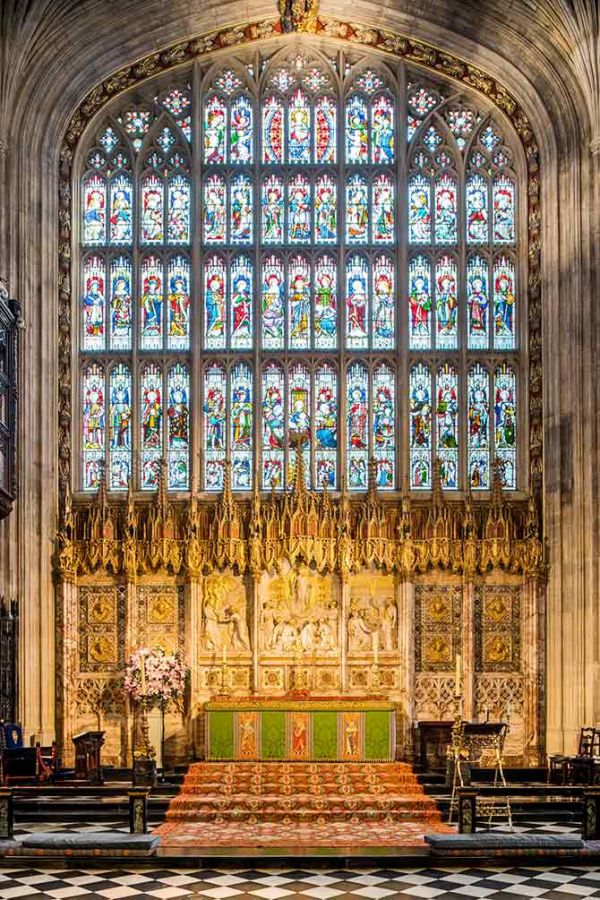 The ornate Quire, where the choir and clergy are seated, and its aisles were completed and roofed between 1477 and 1483.
The wedding is likely to attract huge attention around the world, as did the marriage of Harry's elder brother William to Kate Middleton in 2011, which was watched by an estimated two billion people.
Photograph: Dominic Lipinski/Reuters 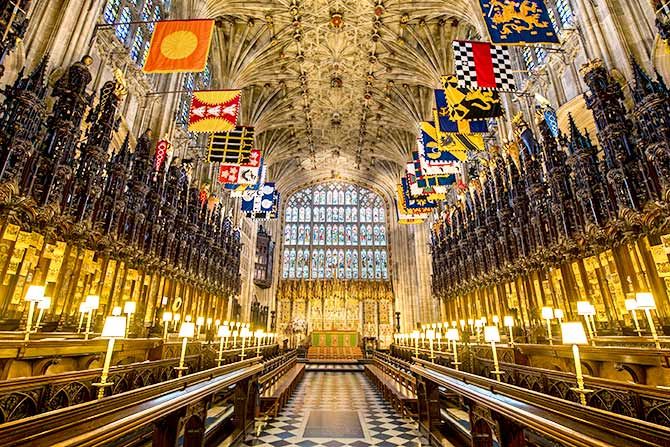 Among the arms displayed in the chapel are those of Edward the Confessor, Edward III, Edward the Black Prince, Henry VI, Edward VI, Henry VII and Henry VIII.
There were originally 50 stalls for the Knights and Canons, with 21 facing each other. In the late 18th century, another two stalls were added, bringing the overall number to 52.
The magnificent fan vaulted ceiling dates back to the reign of Henry VII, with the eclipse shaped roof supported by pillars.
Photograph: Dominic Lipinski/Reuters 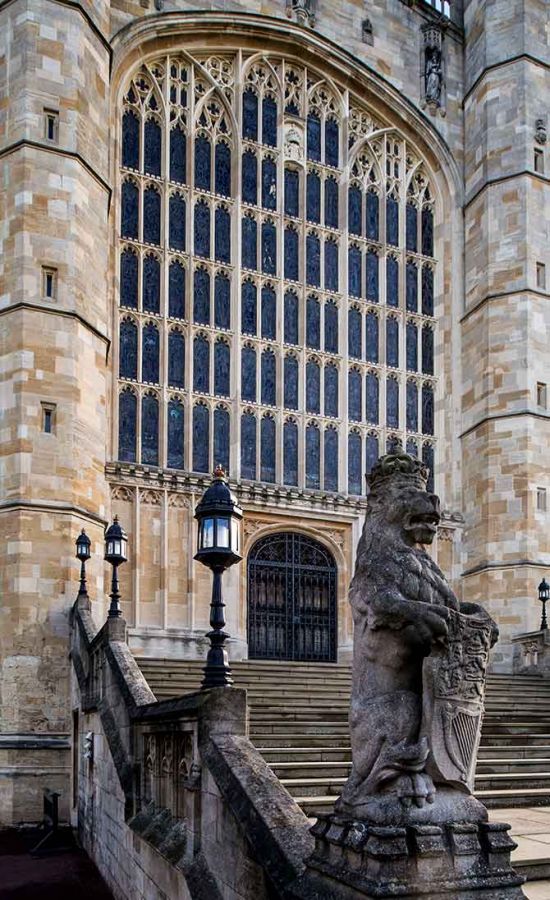 After the religious ceremony, well wishers will be able to catch the first glimpse of Harry and Meghan as they exit the chapel and pose on the steps. The newlyweds will then undertake a carriage procession from St George’s Chapel, travelling down Castle Hill and processing along the High Street and through Windsor Town, returning to Windsor Castle along the Long Walk. The pair said they hope that the journey will allow for more people to come together around the town to enjoy their special day.
Photograph: Dominic Lipinski/Reuters