India's total tally of COVID-19 cases crossed the three crore mark with one crore infections being added in 50 days. 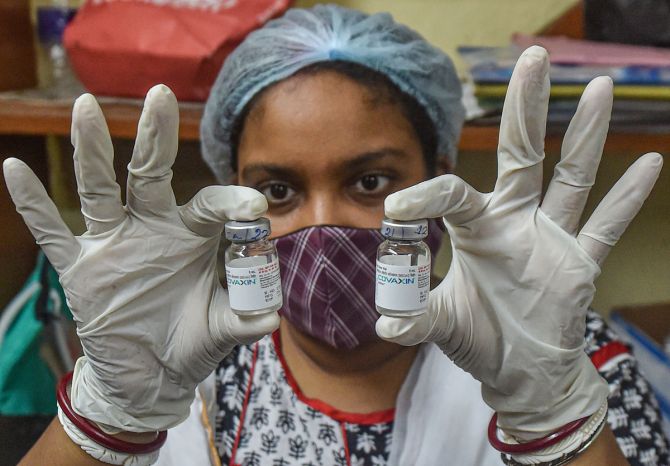 IMAGE: A health worker shows the vials of Covaxin dose at a vaccination centre in Kolkata. Photograph: Swapan Mahapatra/PTI Photo

The total tally mounted to 3,00,28,709 with 50,848 new coronavirus infections being reported in a day, while the death toll climbed to 3,90,660 with 1,358 fresh fatalities, according to the Union health ministry data updated on Wednesday.

India' total COVID-19 infections had surpassed the one crore mark on December 19 after which it took around 136 days to cross the two crore mark on May 4.

According to the data published at 7 am, India administered 54.24 lakh vaccine doses in the last 24 hours taking the cumulative doses to 29.46 crore 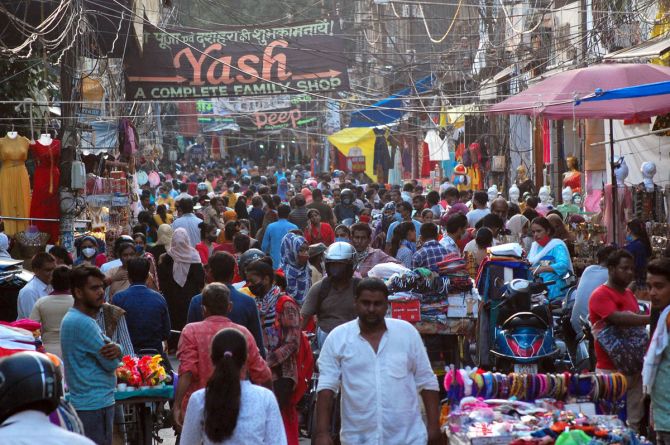 The active cases further declined to 6,43,194 comprising 2.14 per cent of the total infections, while the national COVID-19 recovery rate has improved to 96.56 per cent, the data updated at 8 am showed. 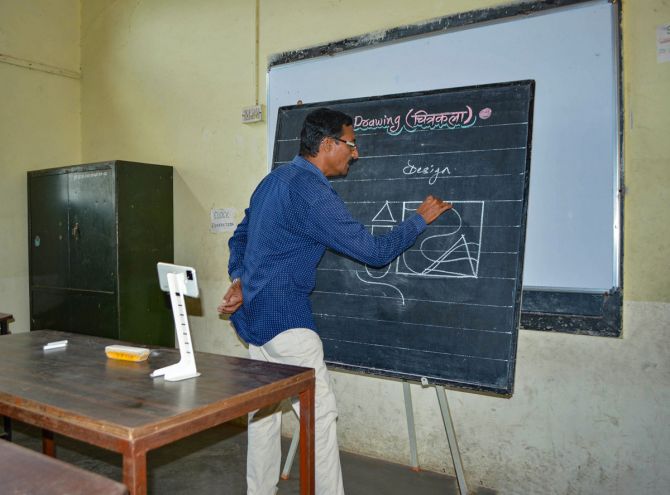 IMAGE: A teacher conducts an online class for his students in an empty classroom as online classes resumed after authorities eased COVID-19 lockdown restrictions in Karad, Maharashtra. Photograph: PTI Photo

Recoveries continue to outnumber daily new cases for the 41st consecutive day. The number of people who have recuperated from the disease surged to 2,89,94,855, while the case fatality rate stands at 1.30 per cent, the data stated. 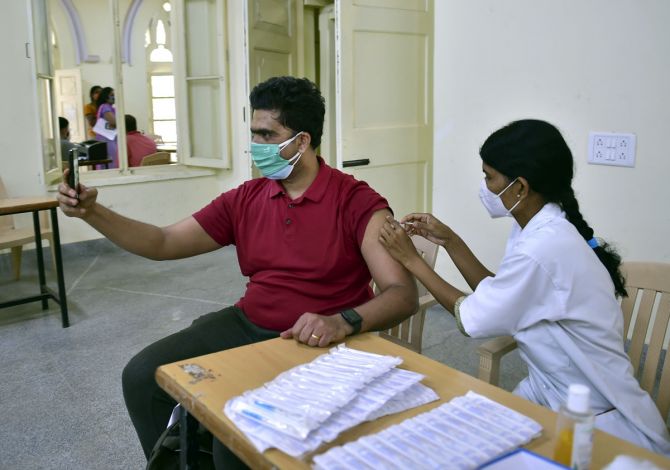 IMAGE: A health worker administers a dose of COVID-19 vaccine to a beneficiary, during a special vaccination drive for the people going abroad for education or employment, organised by the Karnataka government, in Bengaluru. Photograph: Shailendra Bhojak/PTI Photo 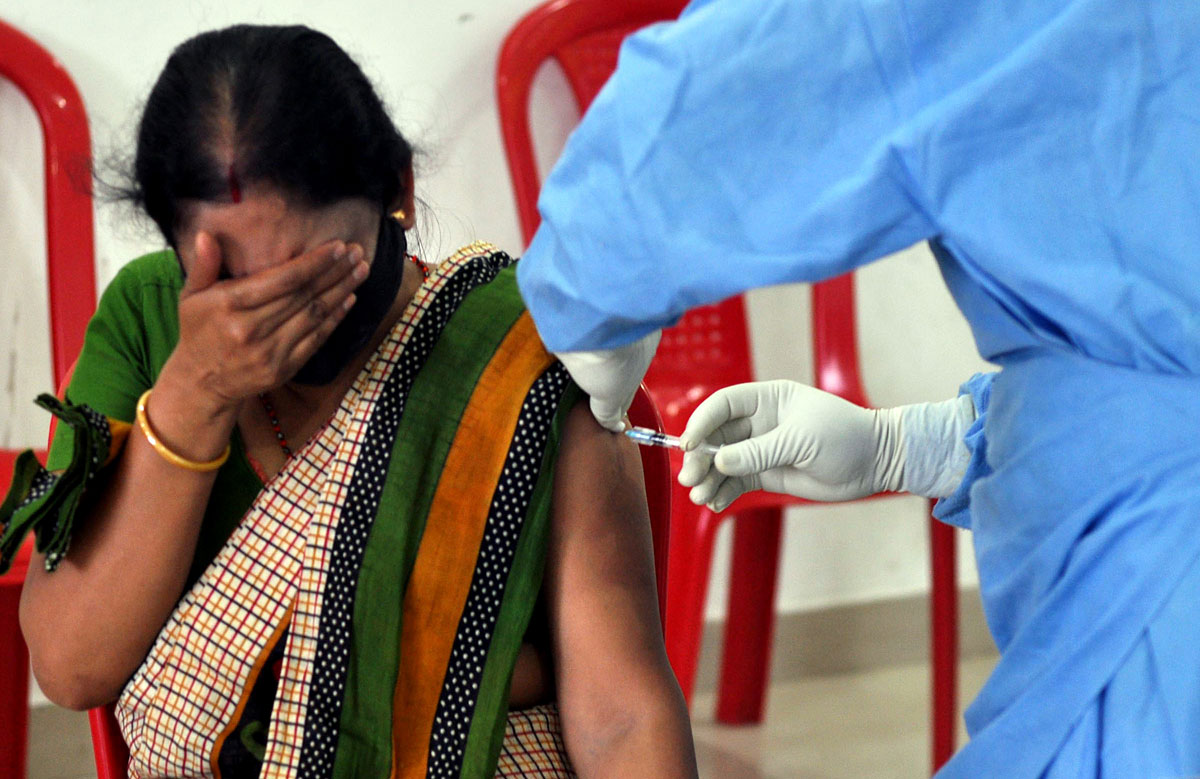 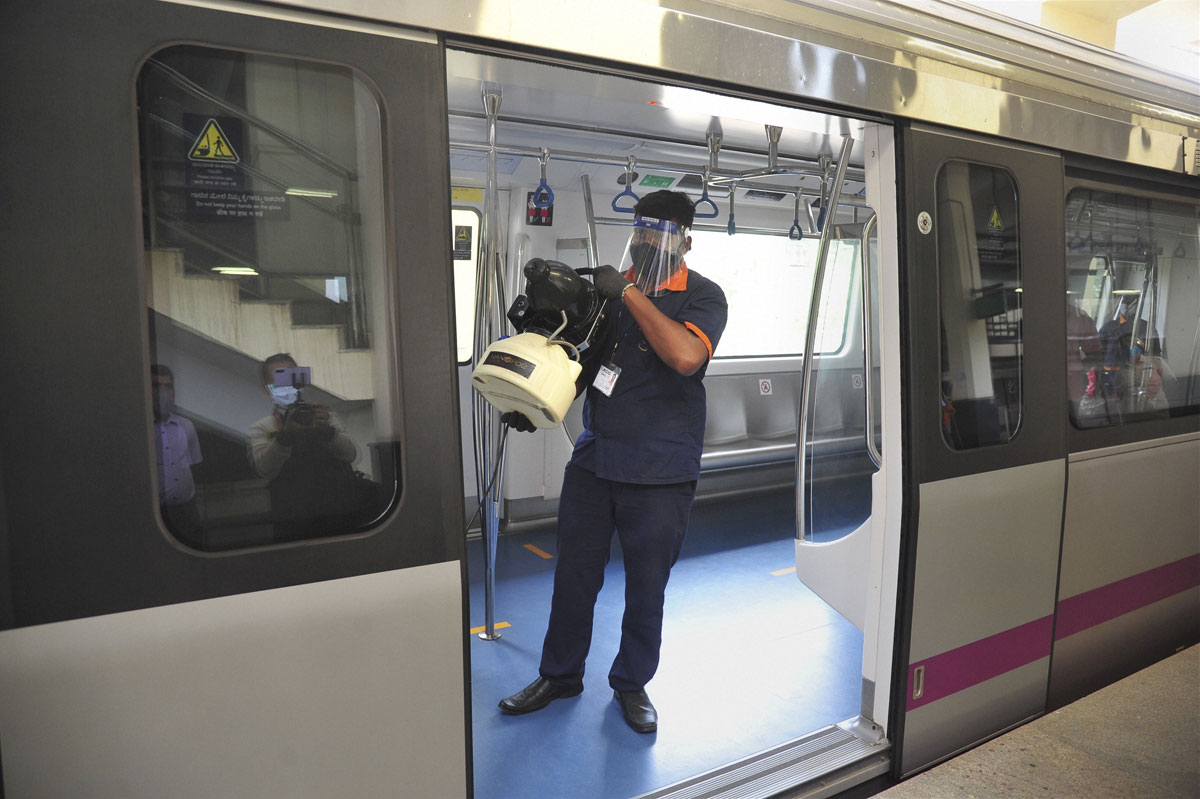