The nationwide tally of confirmed COVID-19 cases reached 2.17 lakh on Thursday with a record number of over 9,000 new cases getting detected and several states reporting their highest one-day surge, even as efforts were accelerated to restart long-stalled business activities to contain the economic cost of the pandemic. 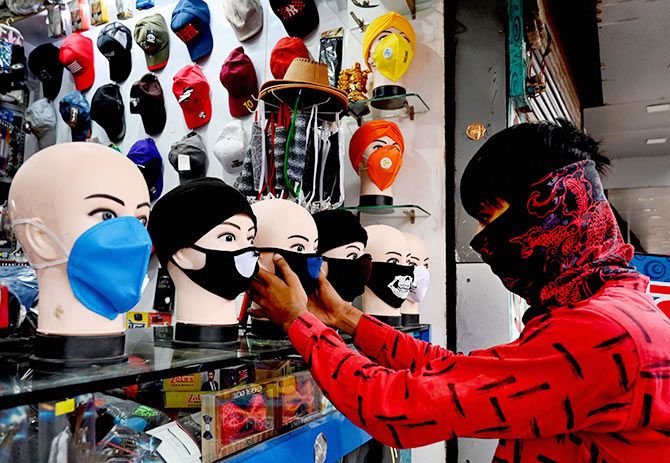 Some of them have already re-opened in parts of the country and few others are scheduled to re-start in the next phase of unlocking from next Monday.

A nationwide lockdown came into effect on March 25, which was initially announced for 21 days, but was extended thrice and the last fourth phase ended on May 31.

A graded exit from the lockdown began on June 1 and the next phase, beginning June 8, would see reopening of malls, hotels and restaurants, among other places, followed by further easing of the lockdown curbs through the remaining weeks of June and then in July.

In its morning update, the Union health ministry said the total number of positive cases has reached 2,16,919 with a record spike of 9,304 new cases since Wednesday 8 am across the country, while the death toll has increased to 6,075 with 260 more fatalities in this period.

A PTI tally of figures announced by different states and union territories, as of 9.50 pm, showed a higher number of confirmed cases across the country at 2,17,389 and the death toll at 6,233.

It also showed more than 1.07 lakh COVID-19 patients having recovered so far.

India is now the seventh worst hit nation after the United States, Brazil, Russia, the United Kingdom, Spain and Italy. 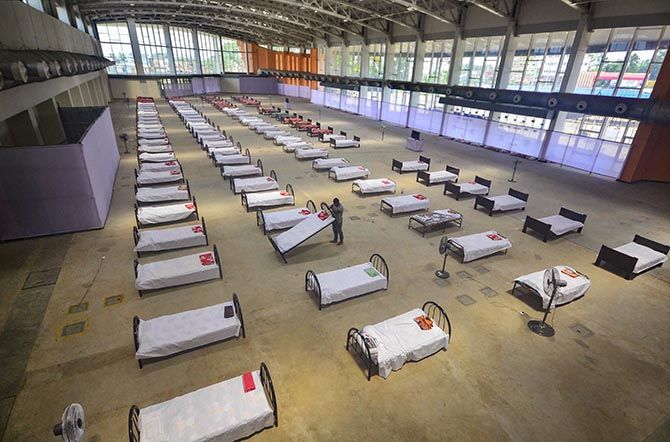 In terms of fatalities, India is ranked 12th at present, while it is placed at eighth place in terms of recoveries.

However, India figures among the top-five countries in terms of active cases, as also for the number of tests conducted so far.

"The recovery rate is 47.99 per cent amongst COVID-19 patients," the ministry said.

According to the Indian Council of Medical Research (ICMR), a total of 42,42,718 samples were tested for coronavirus infection as of Thursday 9 AM, including 1,39,485 of those tested in the last 24 hours.

"The apex health research body, ICMR, has further ramped up the testing capacity for detecting the novel coronavirus in infected persons.

"The number of government laboratories has been increased to 498 and that of private laboratories to 212," the ministry said.

He stressed on a need for ramping up testing, coupled with aggressive surveillance, contact tracing and stringent containment and perimeter control measures.

Chairing a high-level meeting through video-conference to review the preparedness for prevention and control of the novel coronavirus infection in Delhi, Vardhan expressed concern over all districts of the national capital being affected by COVID-19, and high positivity rates and low testing levels in many districts.

According to Union health ministry data, Delhi had reported 606 deaths due to COVID-19 and 23,645 cases till 8 am on Thursday.

Delhi's Deputy Chief Minister Manish Sisodia said his government's entire focus is on saving people's lives and ensuring adequate facilities for COVID-19 patients who need hospital care, without getting entangled in data or any competition with other states.

He said COVID-19 cases are on the rise in Delhi and the government has started focusing on ensuring that those who need hospitalisation get beds and proper treatment facilities.

Delhi figures among the badly hit states and union territories by the COVID-19 pandemic, while Maharashtra is the worst hit.

Maharashtra registered its highest single-day spike of 2,933 COVID-19 cases, taking its tally of confirmed cases to 77,793, while its death toll rose to 2,710 after 123 fresh fatalities. The number of discharged patients in the state also rose to 33,681.

Of the 123 deaths, 68 were reported in the Mumbai Metropolitan Region (MMR).

In Andhra Pradesh, the state government secretariat appeared turning into a hotspot for the novel coronavirus infection with one more employee there testing positive. 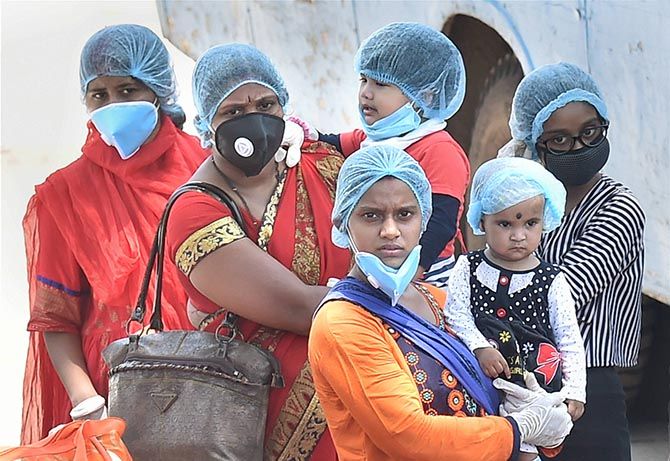 Leading industry body CII, in the meantime, cautioned against increasing fiscal deficit to spur the coronavirus-hit economy, while rating agency ICRA said that banks' gross non-performing assets may worsen due to disruptions caused by the pandemic.

Industrialist Rajiv Bajaj said a 'draconian' but porous lockdown to stem the spread of COVID-19 has ended up 'flattening the wrong curve' by decimating India's economy and leaving it with the 'worst of both worlds'.

During a video interaction with Congress leader Rahul Gandhi, Bajaj also said that opening up the economy would be a Herculean task and asserted that none other than Prime Minister Narendra Modi should purge the people's mind of fear through a 'very clear and aligned narrative'.

The Bharatiya Janata Party, however, downplayed Bajaj's remarks, saying Gandhi used the businessman as a 'bouncing wall' for his ideas during the conversation in which the opposition leader did 'most' of the talking.

The party also said Bajaj was not an expert on COVID-19 and how to deal with it.

The pandemic has also seen a large number of health workers, including doctors and nurses, also contracting the dreaded virus infection.

The Centre told the Supreme Court that hospitals are mainly responsible for implementing the infection prevention and control activities, but the final responsibility lies with the health care workers themselves to protect themselves from COVID-19.

The ministry of Health and Family Welfare told the apex court that it is the responsibility of health care workers to adequately train themselves and take all possible measures for preventing the infection.

In the meantime, India and Australia vowed to boost collaboration in science, technology and research to support their national COVID-19 responses and promote innovative solutions to fight the pandemic.

The two countries resolved to come together in combating the deadly virus during an online summit between Modi and his Australian counterpart Scott Morrison.

Modi also addressed the virtual Global Vaccine Summit hosted by British Prime Minister Boris Johnson in which leaders from over 50 countries, including from the corporate world, UN agencies and civil society participated.

Modi said India stands in solidarity with the world in these challenging times and the COVID-19 pandemic, in some ways, has 'exposed the limitations of global cooperation and that for the first time in recent history, the human kind faces a clear common enemy'. 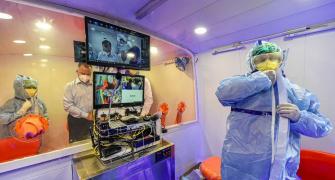 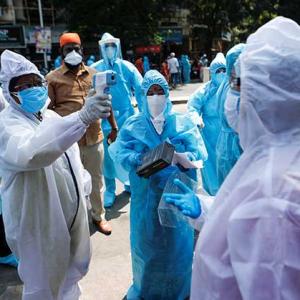