Reflecting growing congruence in ties, India and the United States on Thursday signed a landmark security pact, decided to set up hotlines between their defence and foreign ministers and deliberated on thorny issues such as India's purchase of S-400 missiles from Russia and import of crude oil from Iran. In the first edition of the two-plus-two talks, the two sides also discussed cross-border terrorism, India's bid for membership of the Nuclear Suppliers Group, the contentious H1B visa issue, and ways to deepen cooperation in the Indo-Pacific region.

"We fully support India's rise as a leading global power, and we welcome India's equal commitment to our partnership," Secretary Pompeo said at a joint media briefing with Swaraj, Mattis and Sitharaman.

On India's oil import from Iran and its plan to buy a batch of S-400 air defence missile from Russia, Pompeo told journalists travelling with him that Washington's intention is not to "penalise great strategic partners like India."

The Trump administration has imposed sanctions on import of Iranian crude oil. It has also put restrictions on military purchase from Russia.

"The sanctions aren't intended to adversely impact countries like India. They are intended to be a – have an impact on the sanctioned country, which is Russia," he said on India's plan to procure missiles from Russia.

Talking about Indo-US defence cooperation, officials said the 'Communications Compatibility and Security Agreement' (COMCASA) will allow India to receive high-end military communications equipment from the US and will also help get real-time encrypted information from the US. 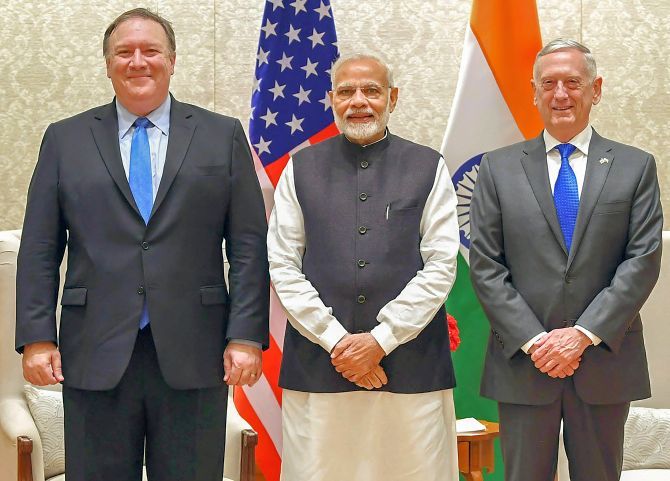 They said the provision of the pact came into effect immediately and it will be valid for next 10 years. The pact was long-pending due to apprehensions in India that some of its provisions may allow the US to keep an eye on the India's military platforms as they will be connected through the American communication network.

After the meeting, Pompeo and Mattis briefed Prime Minister Narendra Modi on the first 2+2 dialogue.

"The prime minister fondly recalled his interactions with President Trump and requested the secretaries to convey his greetings to him," a brief statement from the Prime Minister's Office said.

It said the two briefed the prime minister on the "fruitful and productive" 2+2 dialogue.

The prime minister congratulated both the secretaries and their Indian counterparts Swaraj and Sitharaman, who were also present during the meeting, for holding the first 2+2 dialogue, the statement said.

During the talks, India has conveyed to the US about its reliance on the Iranian crude oil to meet the country's energy requirement to which the US side conveyed that both sides will remain engaged on the issue, sources said.

"We have told the Indians consistently, as we have told every nation, that on November 4th the sanctions with respect to Iranian crude oil will be enforced.

"We will consider waivers where appropriate, but that it is our expectation that the purchases of Iranian crude oil will go to zero from every country, or sanctions will be imposed," Pompeo told the US media.

On procurement of S-400, sources said the US told India that it understands the decades-old Indo-Russia defence and military cooperation. "The US delegation assured India that its ties with Russia will not impact the long term Indo-US strategic cooperation," a source said.

Sources said India also explained strategic importance of New Delhi's involvement in the Chabahar port project in sanction-hit Iran to the US, particularly for trade with Afghanistan and the US concurred with the view. The ports in Iran are also coming under US sanctions.

Talking about cooperation in the energy sector, the joint statement said both sides resolved to full implementation of the civil nuclear energy partnership and collaboration between Nuclear Power Corporation of India Limited and Westinghouse Electric Company for the establishment of six nuclear power plants in India.

"I have mentioned this to Secretary Pompeo that on the basis of the friendship which exists between President Trump and Prime Minister Modi, Indians believe that America will not work against their interest. I have mentioned him to maintain the trust of Indians," Swaraj said at a joint media event.

Referring to maritime cooperation, both the countries expressed commitment to work together and in concert with other partners toward advancing a free, open, and inclusive Indo-Pacific region.

In the joint statement, the two countries called on Pakistan to ensure that the territory under its control is not used to launch terrorist attacks on other countries.

"On the eve of the 10-year anniversary of the 26/11 Mumbai attack, they called on Pakistan to bring to justice expeditiously the perpetrators of the Mumbai, Pathankot, Uri, and other cross-border terrorist attacks," the statement said.

According to the joint statement, the ministers also announced their readiness to begin negotiations on an Industrial Security Annex that would support closer defense industry cooperation and collaboration. 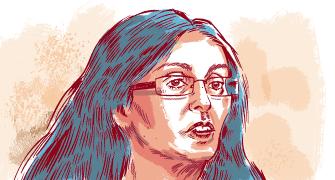 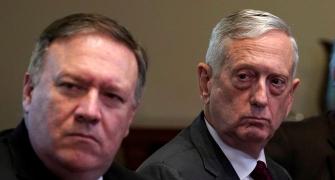 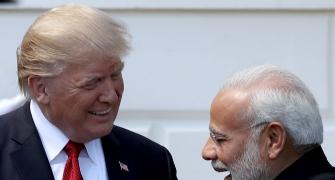 US postpones '2+2 dialogue' with India due to 'unavoidable reasons' 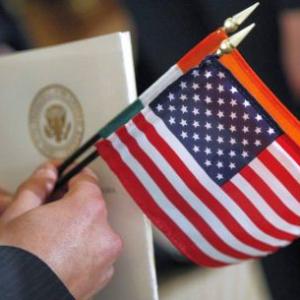 Defence and foreign policy, not trade, on agenda for 2+2 dialogue 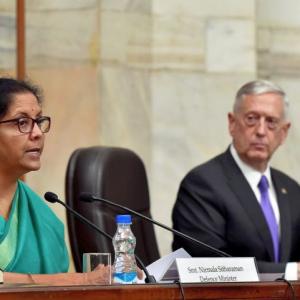