India reported 94,052 new COVID-19 cases, taking the infection tally to 2,91,83,121, while the death toll climbed to 3,59,676 with 6,148 fatalities being recorded in a day, the highest since the outbreak of the pandemic, according to the Union Health Ministry's data updated on Thursday. 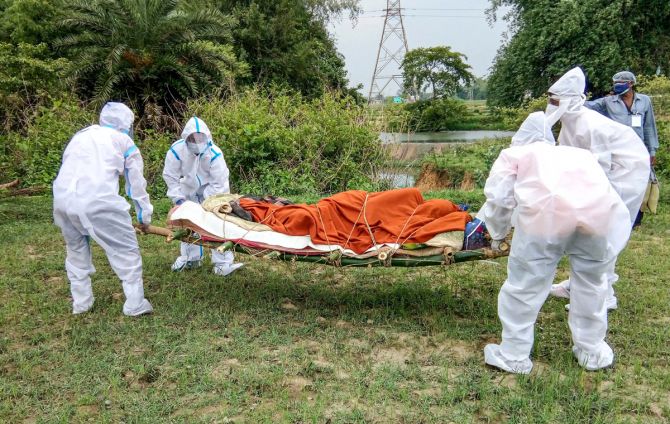 Bihar reconciled its figures and put the total number of fatalities caused by the disease at 9,429 after verification, it said.

The active cases in the country have reduced to 11,67,952 after 60 days comprising 4 per cent of the total infections, while the national Covid recovery rate has improved to 94.77 per cent, the data said.

A net decline of 63,463 cases has been recorded in the total number of COVID-19 cases in a span of 24 hours, the data updated at 8 am showed. 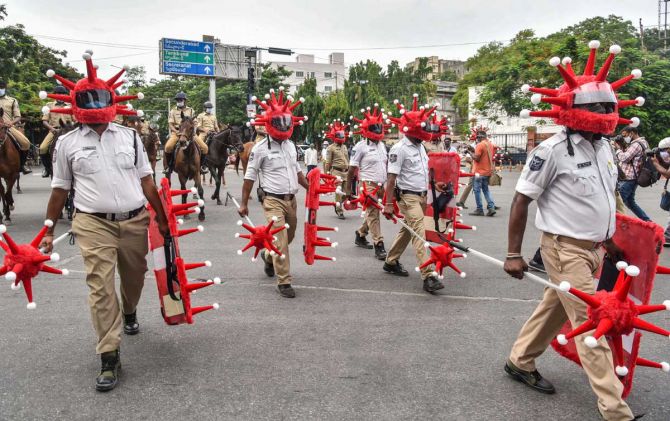 Also, 20,04,690 tests were conducted on Wednesday, taking the total cumulative tests conducted so far for detection of COVID-19 in the country to 37,21,98,253, while the daily positivity rate was recorded at 4.69 per cent. It has been less than 10 per cent for 17 consecutive days, the ministry said.

Weekly positivity rate was recorded at 5.43 per cent. Recoveries continue to outnumber daily new cases for the 28th consecutive day. 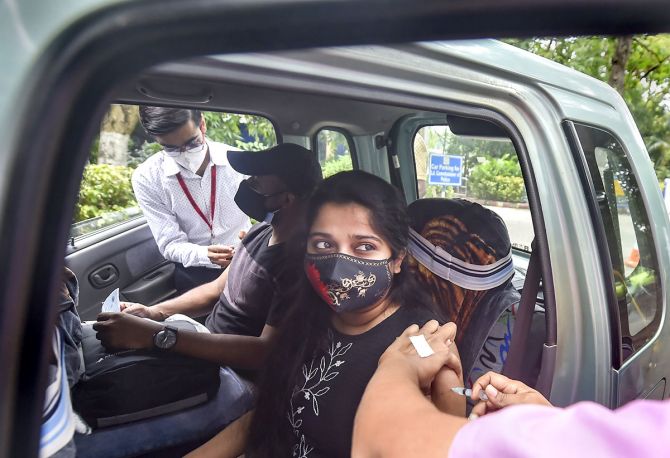 The number of people who have recuperated from the disease surged to 2,76,55,493, while the case fatality rate has increased to 1.23 per cent, the data stated.

Cumulatively, 24,27,26,693 COVID-19 vaccine doses have been administered so far under the nationwide vaccination drive in the country. 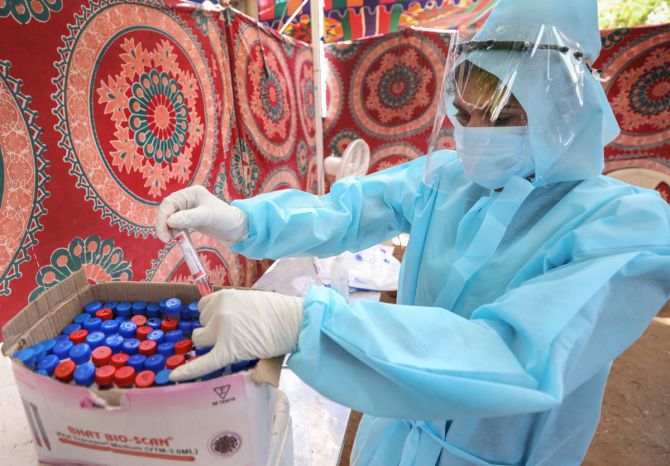 IMAGE: A medic checks the collected swab samples from people, at a government hospital, in Coimbatore. Photograph: PTI Photo

India crossed the grim milestone of two crore on May 4. 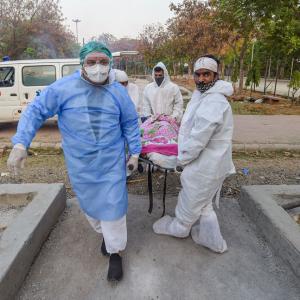