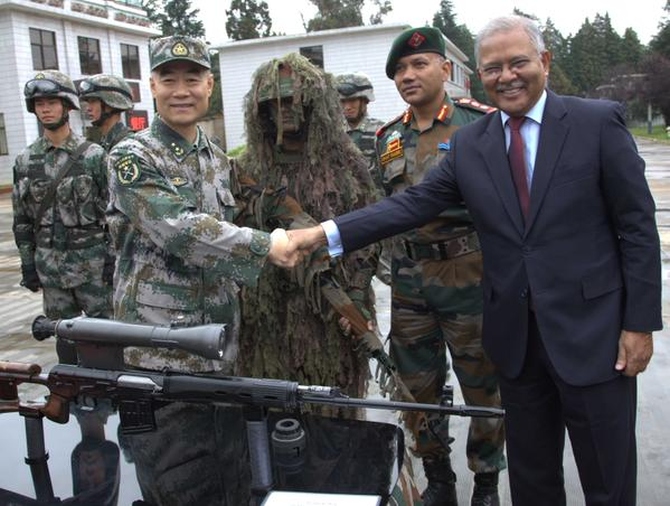 Indian Ambassador to China Ashok Kantha, takes a look at the weapons during the exercise at Kunming, China. Photograph: MoD/Twitter

Indian and Chinese armies on Monday kicked off their fifth annual anti-terrorism exercise in China's Kunming city as both the sides seek to share their successful experiences in counter-terrorism operations during the 10-day drill. 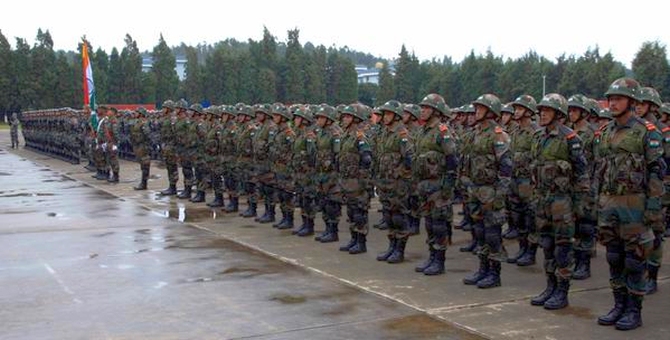 Indian and Chinese troops stand to during the exercise. Photograph: MoD/Twitter

Both sides are fielding the same number of troops for the joint exercises, which will culminate on October 22, a press release from the Indian embassy said on Monday.

Troops from 14 Corps of China's Chengdu Military Region, which focuses on borders with India are taking in the exercise. Troops of both sides will undergo intensive joint training, which will include displays, demonstrations, and a comprehensive joint exercise.

The purpose of the exercise is to develop joint operating capability, share useful experience in counter-terrorism operations and to promote friendly exchanges between the armies of India and China, the press release said. 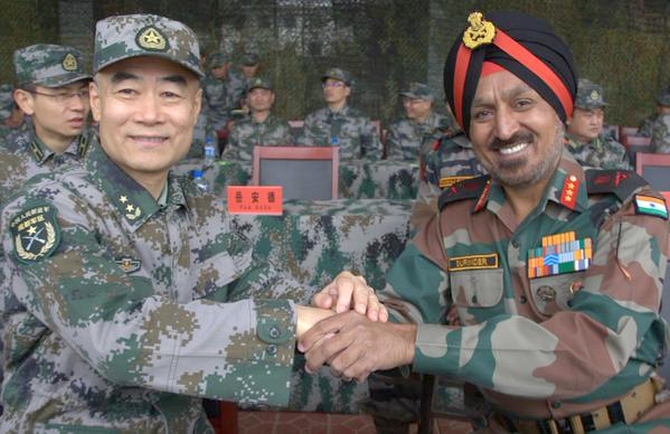 Heads of the observation groups during the opening ceremony of the exercise. Photograph: MoD/Twitter

Observer groups of both armies witnessed an impressive opening ceremony at Dabanqiao Training Base of 14 Group Army at Kunming on Monday.

From the Chinese side, Lieutenant General Zhou Xiaozhou addressed the participating troops. This is the fifth round of exercises being held by both sides.