In an effort to stop the spread of the coronavirus, more people, including global leaders, are using the Indian greeting of namaste.

People around the world are worried that shaking hands, hugging and kissing on the cheek might help spread the virus.

In recent days, images of United States President Donald Trump and Britain's Prince Charles opting to use the Indian greeting over a handshake have gone viral. 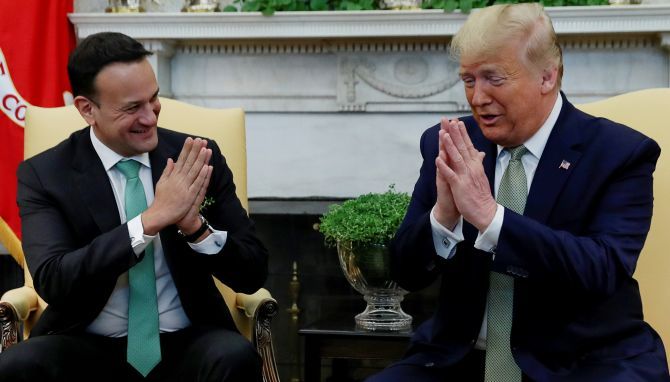 US President Donald Trump and Irish Prime Minister Leo Varadkar greeted each other in the traditional Indian way of 'namaste' and bowed to each other at the Oval Office last Thursday while saying they can't afford to shake hands amid coronavirus outbreak. Photograph: Leah Millis/Reuters 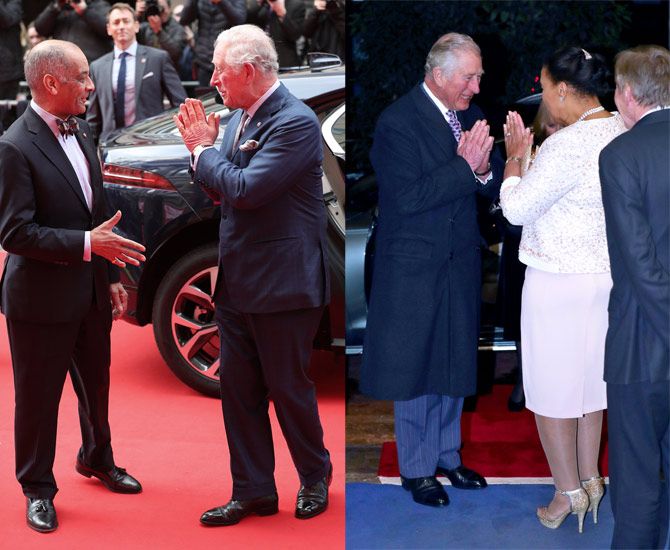 Britain's Prince Charles has now been spotted at several events, greeting people with a namste. Earlier on March 11 at the annual Prince's Trust And TK Maxx & Homesense Awards at London Palladium, Prince Charles greeted others with a 'Namaste'. Later, at the Commonwealth Reception too, he greeted people with the Indian handshake. Photograph: Yui Mok - WPA Pool/Getty Images, Aaron Chown/Reuters 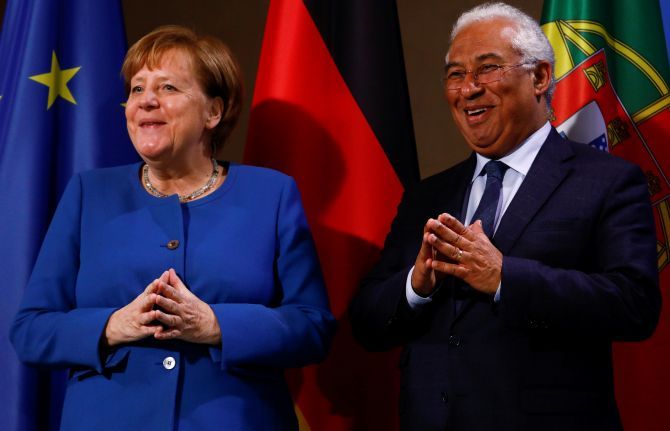 German Chancellor Angela Merkel and Portuguese Prime Minister Antonio Costa pose in the position of the customary handshake, which they did not do due to the coronavirus, after addressing the media prior to a working dinner at the Chancellory in Berlin. Photograph: Michele Tantussi/Reuters 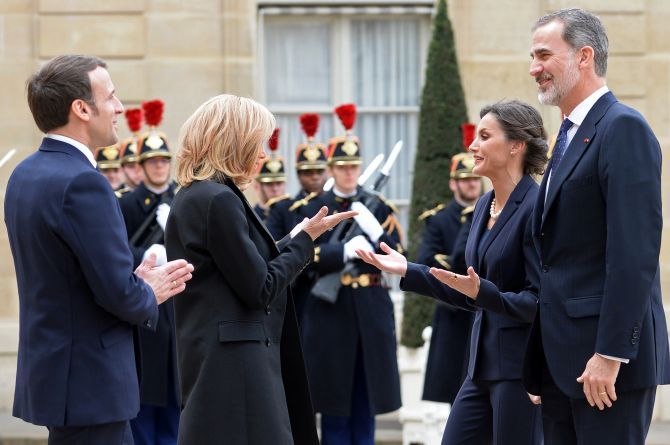 Mindful of the coronavirus outbreak, when French President Emmanuel Macron greeted Spain's king and queen on Wednesday, he replaced the traditional handshake with an Indian-style namaste. Beside Macron as he welcomed King Felipe in the courtyard of the Elysee Palace in Paris, French First Lady Brigitte Macron played her part too, blowing a kiss in the direction of Queen Letizia by way of greeting. Photograph: Johanna Geron/Reuters 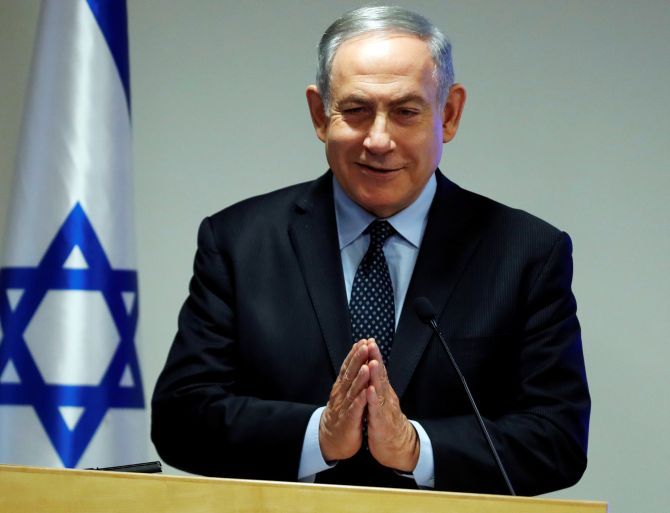 Israeli Prime Minister Benjamin Netanyahu while addressing his country, urged the people to change their greeting habits and maintain personal hygiene at all times to better fight the deadly virus. Netanyahu had earlier asked Israelis to adopt Indian way of greeting by joining both hands for a 'Namaste'. Photograph: Reuters
THE REDIFF NEWS BUREAU