The first devastating images emerged on Wednesday of the blood-soaked classrooms where 132 innocent children and nine teachers were massacred by the Taliban. 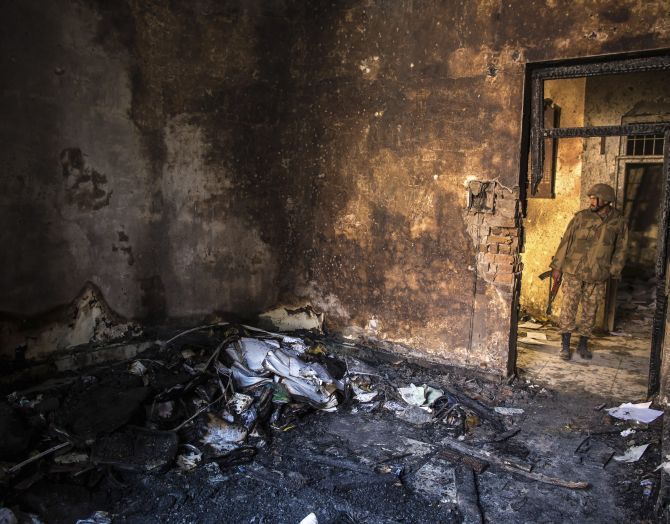 The burnt insides of a classroom of the Army Public School, which was attacked by Taliban terrorists on Tuesday. The school is now a horrifying reminder of the attacks in which the terrorists killed 132 children. This is one of the spots where one of the explosions took place. Photograph: Zohra Bensemra A local journalist walks past one of the classrooms of the school. The walls are pocked with bullet marks, exactly revealing the true carnage that took place on Tuesday. Photograph: Fayaz Aziz/Reuters 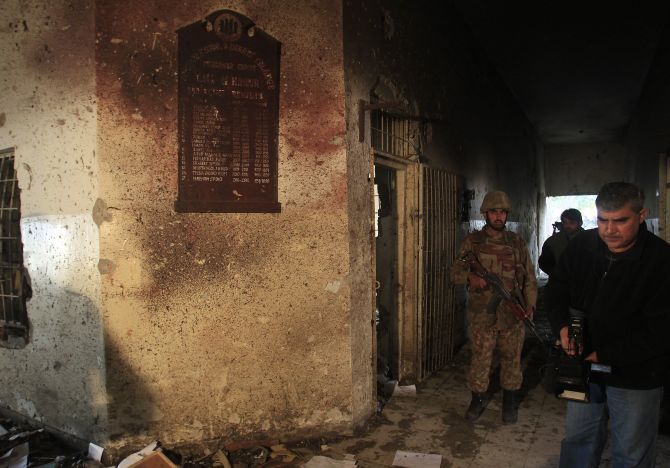 Army personnel carry out clean-up operations inside the school a day after the tragedy. The walls are stained with blood of the students and the teachers who were savagely gunned down by the terrorists.  Photograph: Fayaz Aziz/Reuters 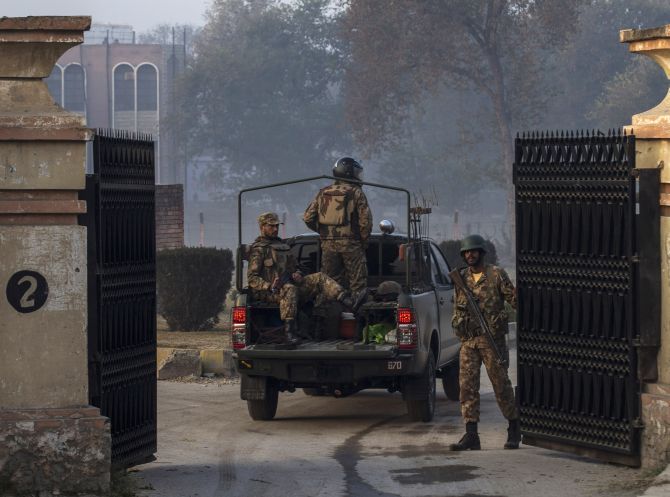 Soldiers enter the Army Public School, which was attacked by Taliban gunmen. This is one of the entrances of the school, which was used by the children who escaped the horror. Photograph: Zohra Bensemra/Reuters 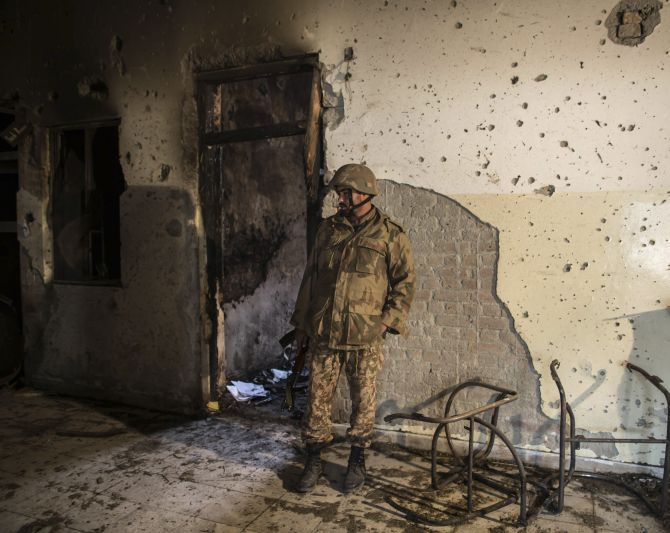 Nothing of the school remains. The classrooms are damaged, the walls are damaged. One can only wonder when the school will resume classes and if the children will attend school once again. Photograph: Zohra Bensemra/Reuters