Showbiz celebrities and others are speaking up for the eight-year-old girl who was gang-raped and killed in Kathua three months ago.

An enraged nation demanded “exemplary punishment” for the culprits of the crime, even as the politics over the arrest of eight people in connection with the case continued to dominate the discourse in this city of temples.

While Thursday saw Farhan Akhtar, Riteish Deshmukh, Karan Johar, Varun Dhawan fire off tweets condemning the incident, female artistes took the torch on Friday. Actresses Swara Bhasker, Kalki Koechlin, Huma Qureshi and Gul Panag were among many who posted pictures of themselves as ‘Hindustan’, ashamed at the incidents. 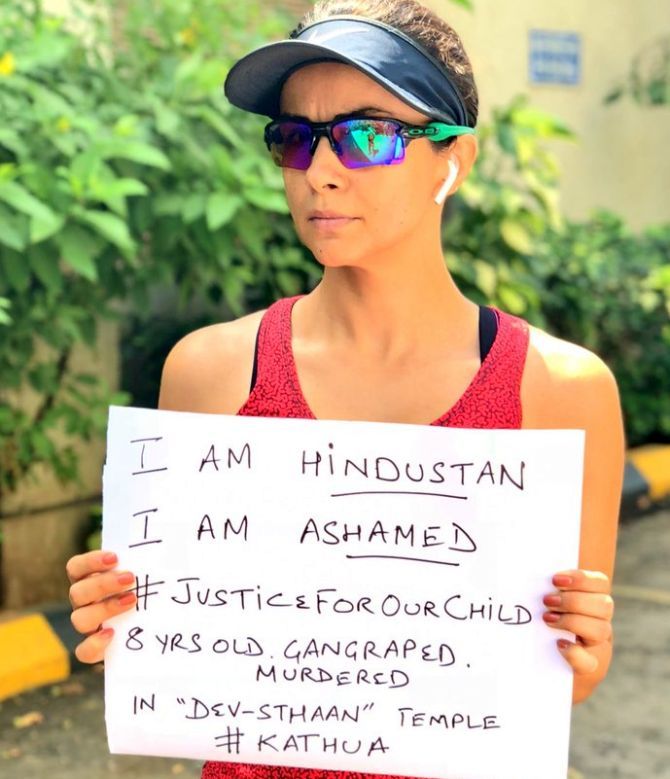 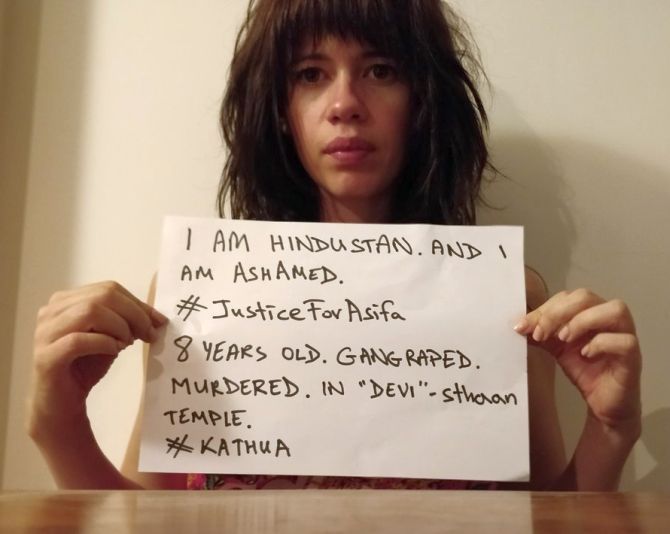 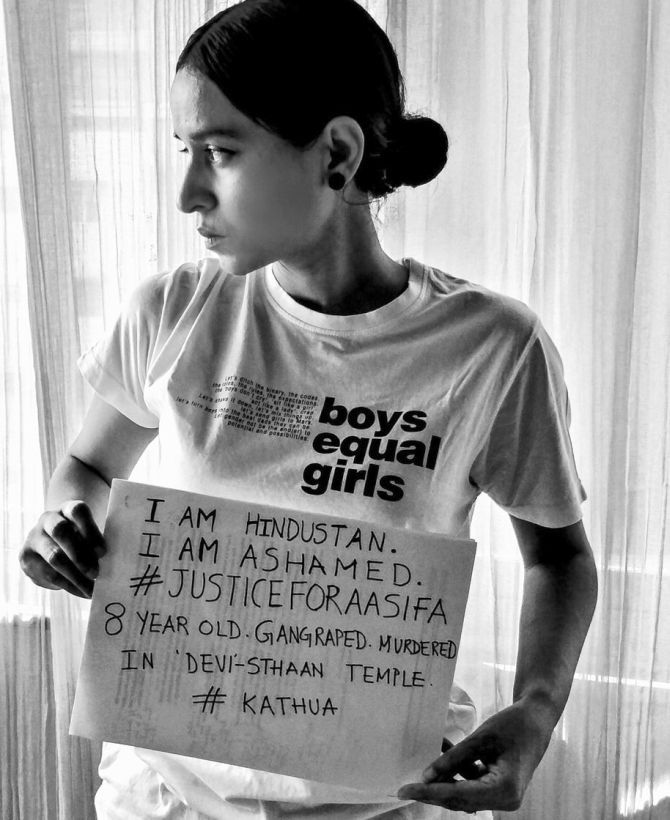 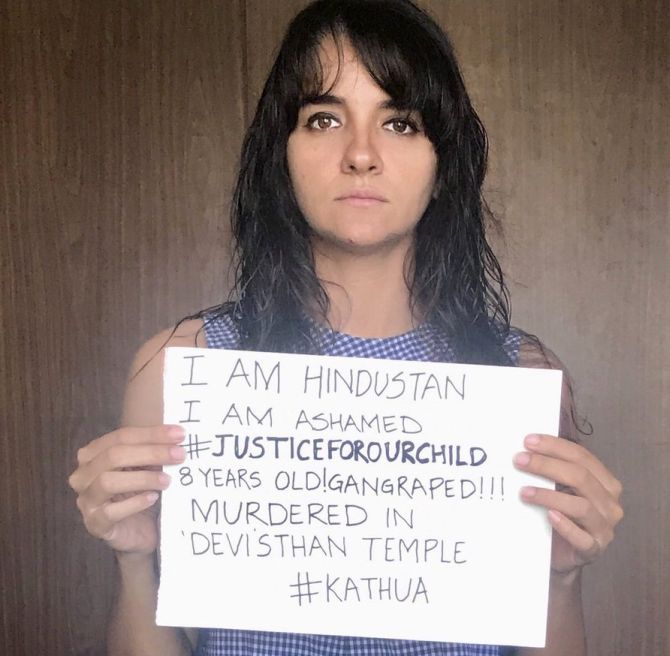 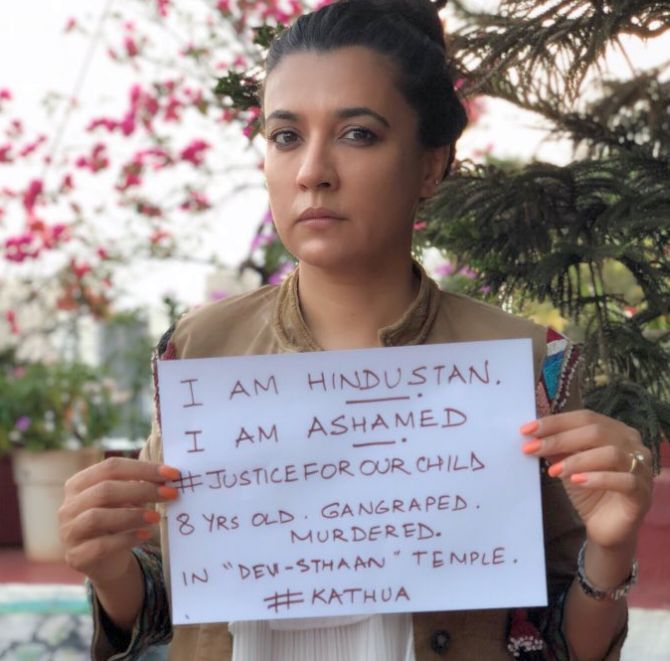 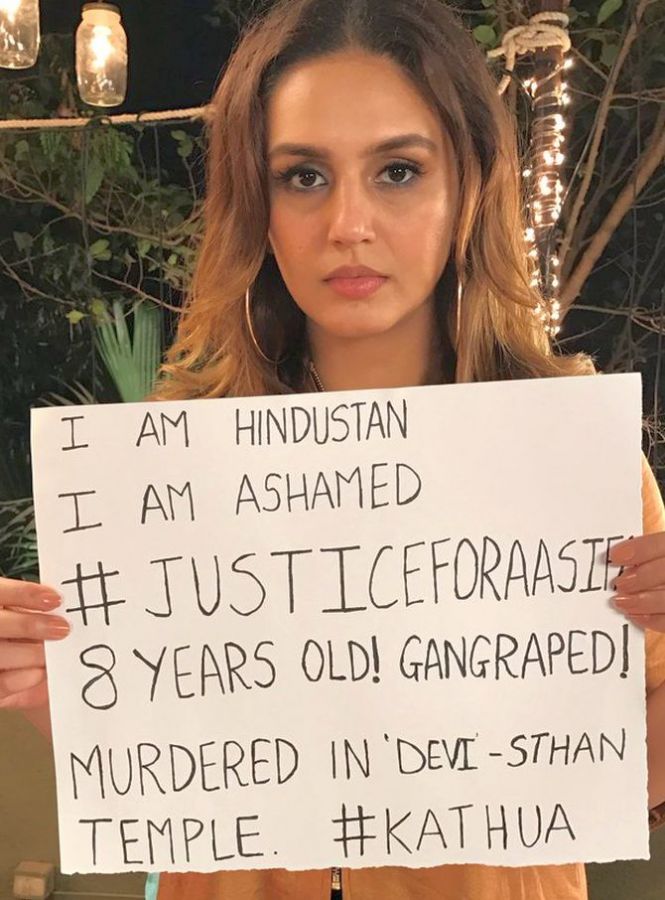 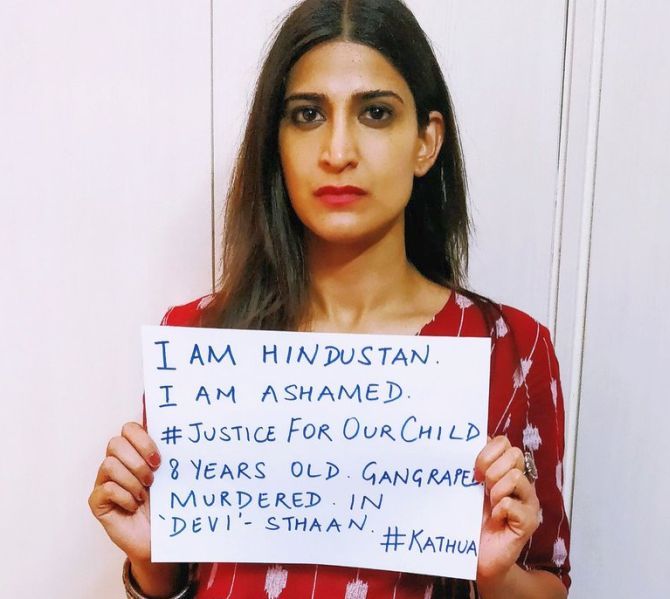 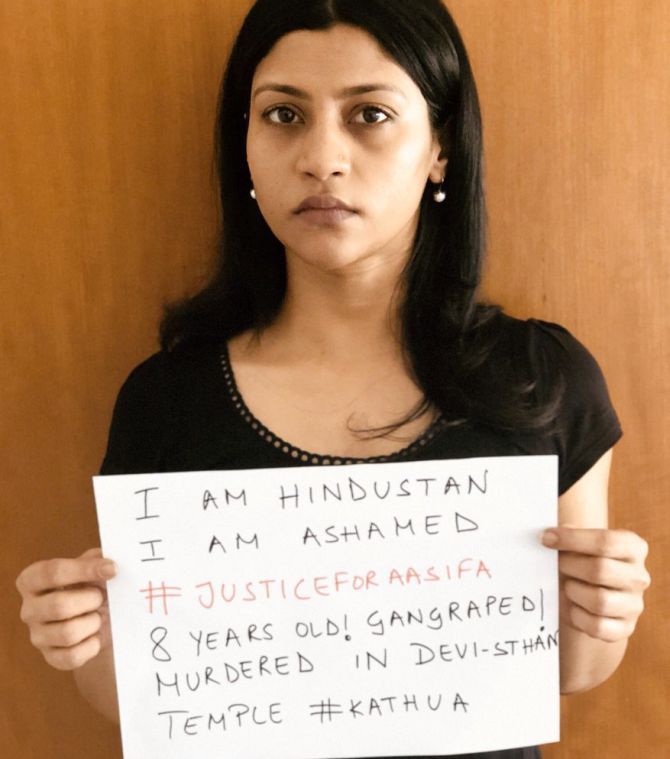 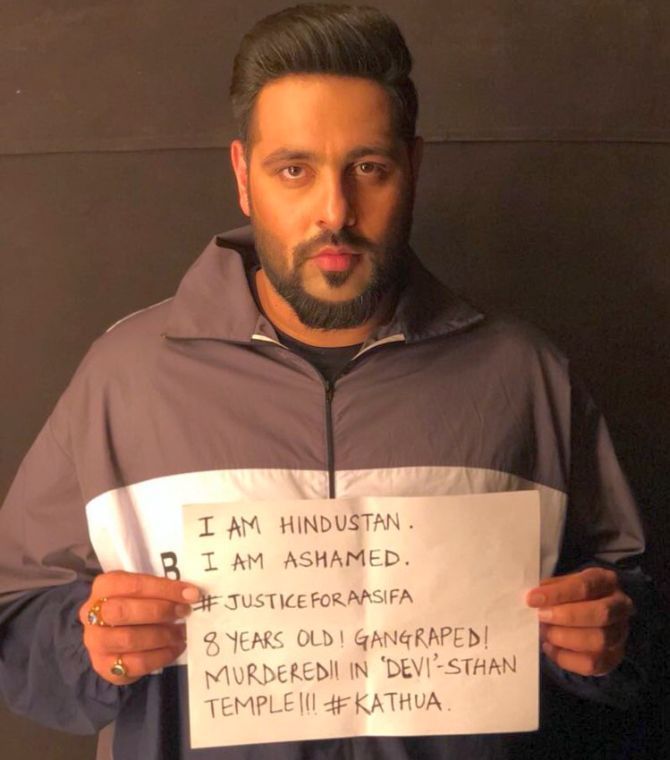 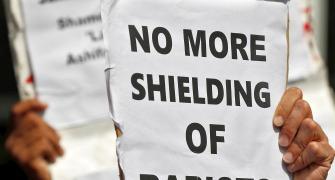 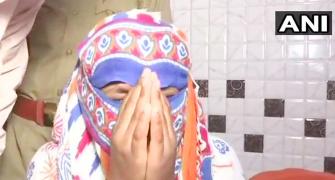 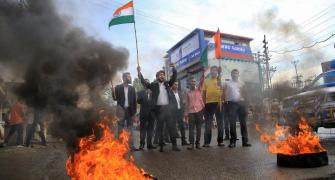 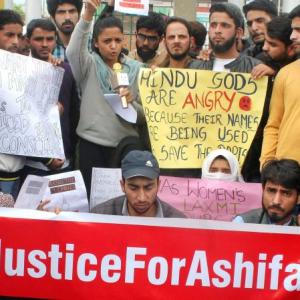