From referencing “josh” of Bollywood flick ‘Uri’, to chants of “Modi, Modi” from the Bharatiya Janata Party, there were varied reactions in Lok Sabha as Finance Minister Piyush Goyal gave his interim budget speech on Friday. 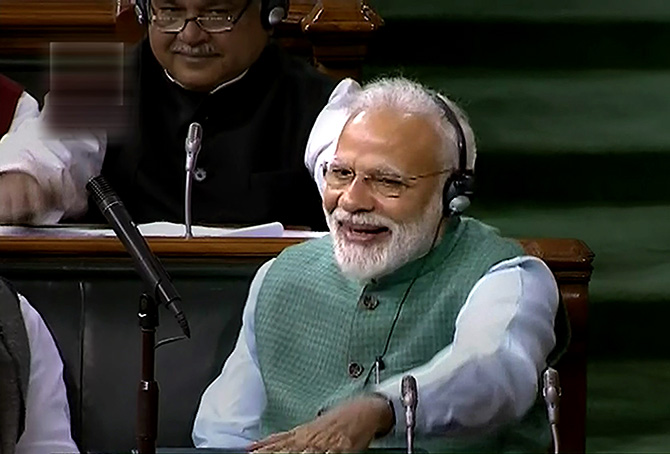 Attired in a grey jacket and black kurta, Goyal made it a point to explain some of the key announcements, including those related to income tax sops, in Hindi.

Goyal paused for almost a minute as the ruling party members continued to cheer and chant “Modi, Modi” and thumped their desks after he announced doubling of income tax exemption limit to Rs 5 lakh from the next fiscal.

‘How is the josh’ asks the BJP 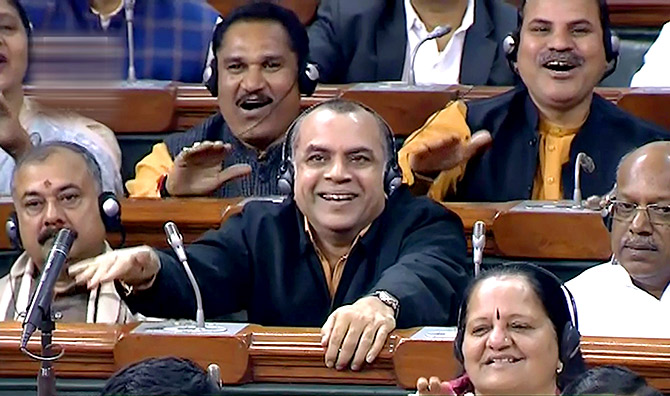 IMAGE: BJP MP Paresh Rawal is all smiles as the BJP references josh from the movie Uri. Rawal plays the role of NSA in the film. Photograph: PTI Photo

“It was fun watching Uri. There was a lot of josh (energy) in the movie (Uri movie mein jo maza aaya. Jo Josh tha),” Goyal said while mentioning the future agenda.

This prompted many members, including Law Minister Ravi Shankar Prasad to deliver the movie’s dialogue “How is the josh”.

The finance minister used the word ‘josh’ twice during the speech. 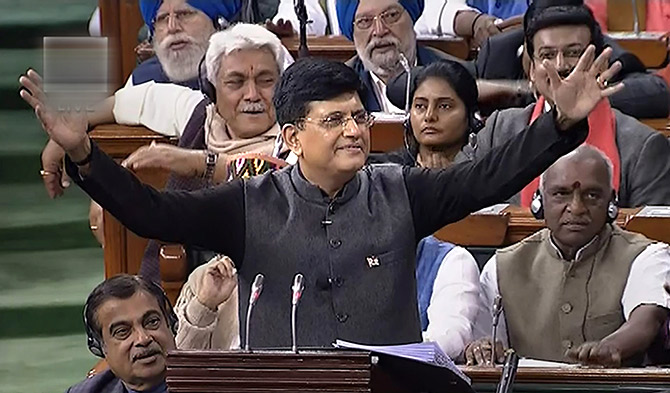 During the speech, Modi was seen thumping his desk numerous times. After the Budget presentation, Goyal turned towards Modi with folded hands. Soon after, a smiling Modi walked up to Goyal and patted him on his back.

The finance minister, who entered the House around five to seven minutes before the proceedings began, touched the feet of Cabinet colleagues Nitin Gadkari and Uma Bharti, and BJP veteran Shanta Kumar.

Goyal, who is the interim finance minister as Arun Jaitley is in the US for treatment, mentioned him in the beginning of the speech, saying he was “deeply conscious of the absence of Shri Arun Jaitley today”.

After finishing the speech, many MPs congratulated Goyal, and as he was walking, he waved at his family members, including wife Seema Goyal, standing in the visitors’ gallery.

The family members waved back and one of gave the thumbs up. 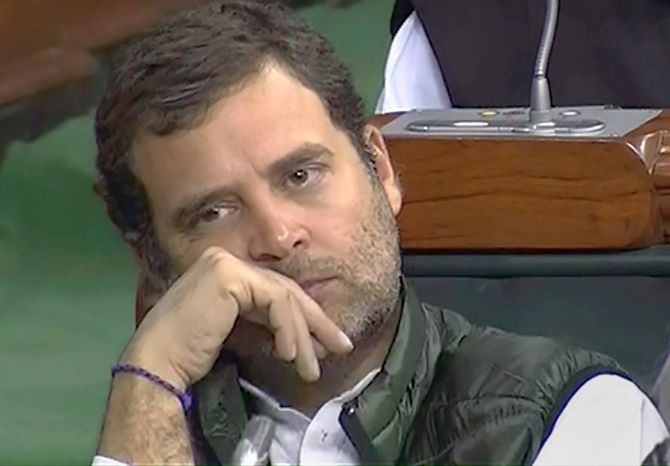 Congress President Rahul Gandhi was away from the House for a brief period during the Budget presentation. This prompted some BJP members to remark that ‘Rahul Baba bhag gaye (Rahul ran away)’. 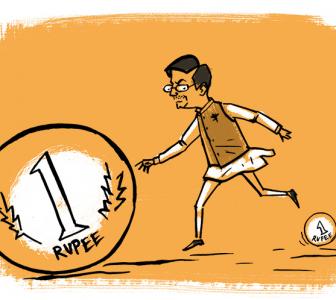 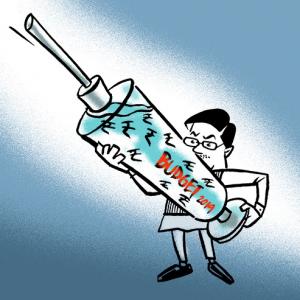