In a first, the Rajya Sabha saw a few members wearing face masks as protection against the coronavirus, but the same was objected to by Chairman M Venkaiah Naidu who said it was against the rules to wear any masks inside the House.

Several MPs came to the Upper House wearing masks and demanded curtailment of the ongoing Budget session, which is due to end on April 3, in view of the novel coronavirus scare, but the government seemed unwilling.

Here's a glimpse of how the MPs are dealing with the coronavirus scare. 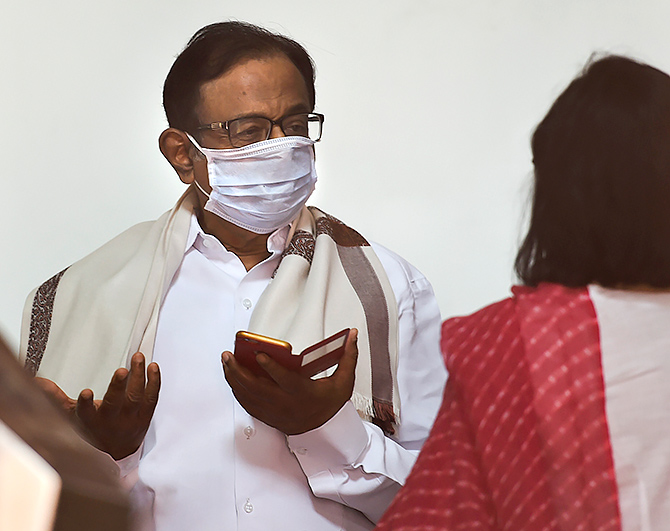 Senior Congress leader P Chidambaram wears a mask at Parliament. Chidambaram was the one who urged Naidu to allow MPs to decide on using protective gear depending on their perception of vulnerability, after which the Chair agreed. Photograph: Arun Sharma/PTI Photo 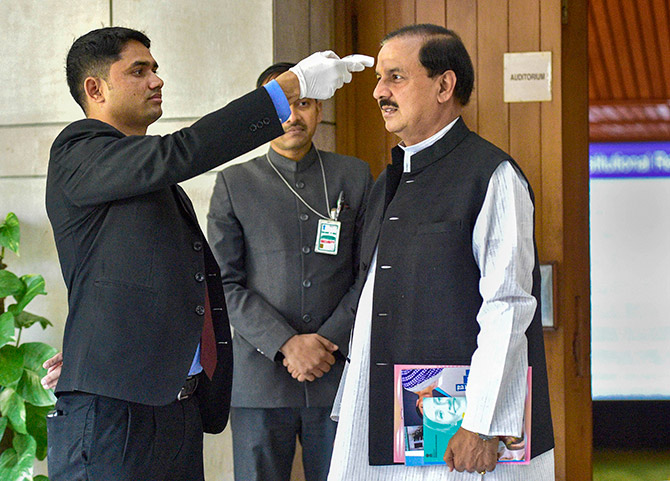 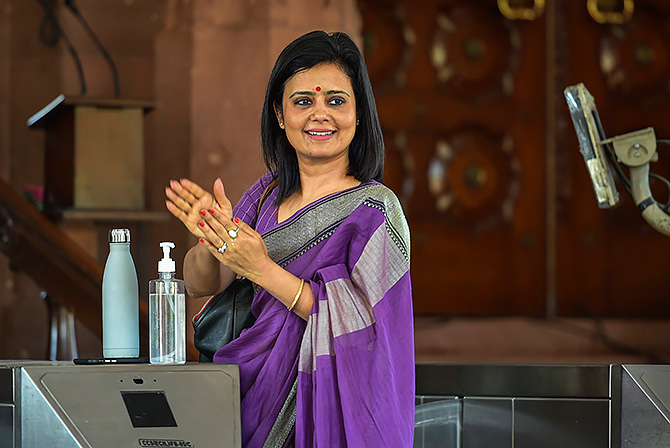 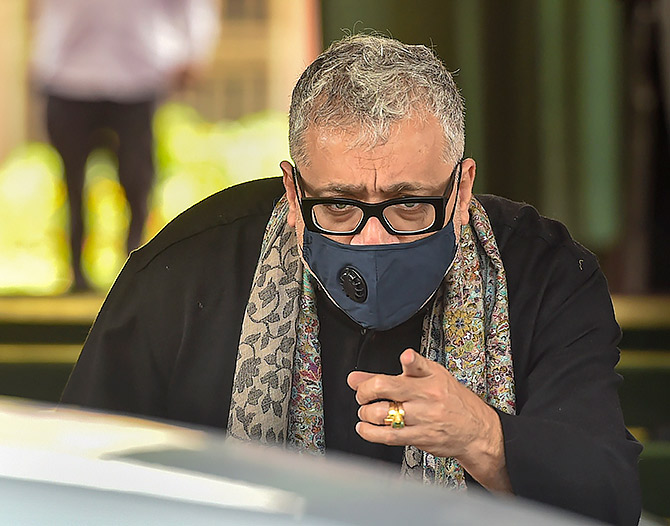 TMC MP Derek O'Brien wears a mask at Parliament. Four TMC MPs came to the House wearing face masks. While O'Brien wore a black colour mask, his deputy Sukhendu Sekhar Ray, who said they were following the government advisory in wearing the masks, wore a white one. Photograph: PTI Photo 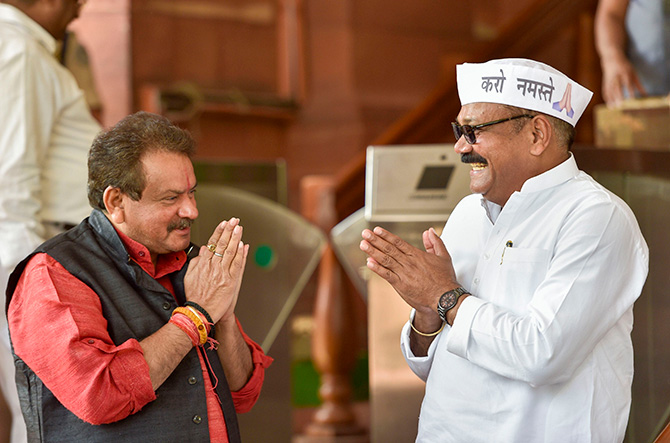 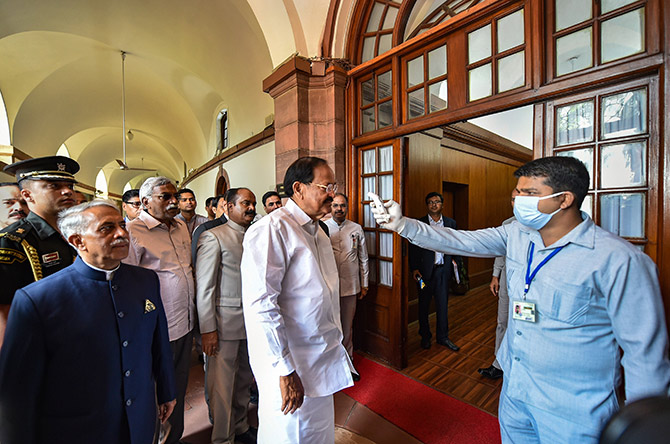 An official uses thermal screening device on Vice President M Venkaiah Naidu as he arrives at Parliament House. While objecting to members wearing masks inside the House, Naidu said the entire Parliament Complex has been sanitised and hand sanitisers have been kept at various places. On being requested by several MPs led by Chidambaram, Naidu agreed but said the House was setting a precedent. 'I want all these things to go on record. That is all. We are setting a precedent,' he said. Photograph: Arun Sharma/PTI Photo 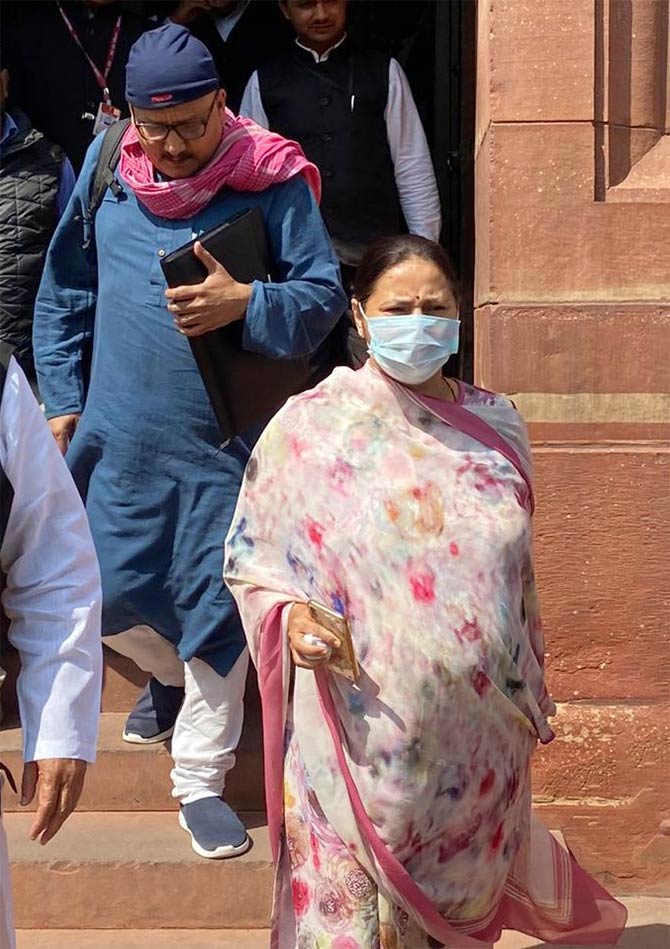 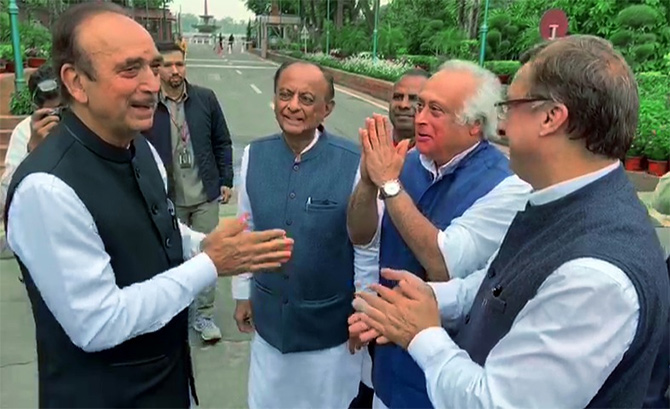 Congress leader Ghulam Nabi Azad, Jairam Ramesh and other MPs greet each other with a 'namaste' at Parliament. Congress and other opposition MPs suggested that the Budget session be curtailed to practice social distancing being advocated by the government to limit the spread of Covid-19. Photograph: ANI Photo
The Rediff News Bureau