Prime Minister Narendra Modi arrived in New York to participate in the 74th Session of the United Nations General Assembly after delivering an electrifying address in Houston to over 50,000 members of the Indian diaspora at a mega community event also addressed by President Donald Trump. 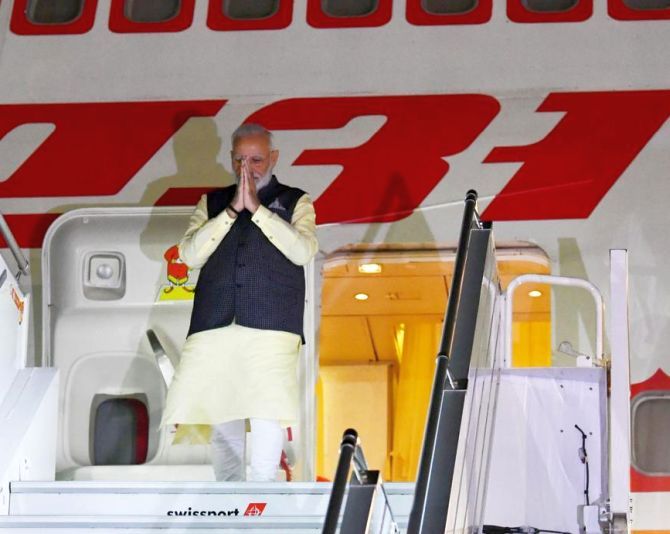 Modi arrived at the J F K International Airport after 10 pm Sunday night and has a packed bilateral and multi-lateral agenda over the next five days, including nine key speeches at high-level summits and plurilateral engagements during the UN General Assembly session and on its sidelines.

India's Permanent Representative to the UN Ambassador Syed Akbaruddin has said that the country's engagement and outreach at the 74th UN General Assembly will be unprecedented and will result in concrete, tangible, action-oriented outcomes.

A total of over 75 Heads of State and Foreign Ministers will be meeting with Modi, external affairs minister S Jaishankar and minister of state for external affairs V Muraleedharan during the week across various platforms.

Modi is among the first set of speakers to address the summit, along with Prime Minister of New Zealand Jacinda Ardern, President of Marshall Islands Hilda Heine and German Chancellor Angela Merkel.

Over 63 countries have been invited to speak at the Summit, which will demonstrate solutions by governments, the private sector and civil society to reduce emissions and build climate resilience and adaptation.

Later in the day, Modi will address the 'Leaders' Dialogue on Strategic Responses to Terrorist and Violent Extremist Narratives', organized by a group of countries, along with the UN Secretariat, which deals with the Office of Counterterrorism. 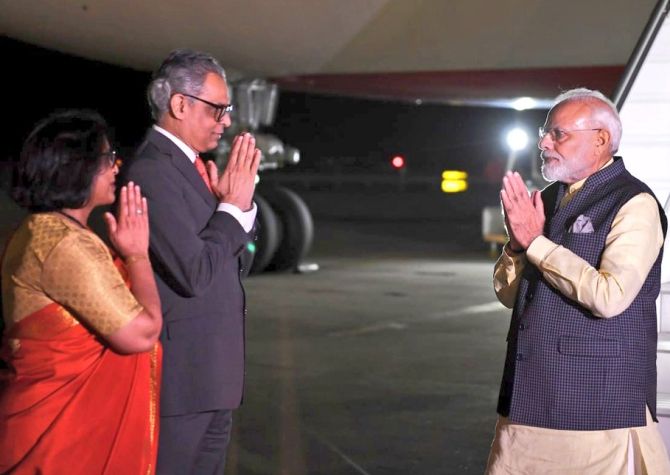 On September 24, India will be highlighting a new feature of its approach at the UN through the plurilateral 'India-Pacific Islands Leaders' Meeting. India and the Pacific nations have met under the Forum for India-Pacific Islands cooperation, first in Fiji in 2014 and then in Jaipur in 2015.

Modi has been invited by Bloomberg L.P. and Bloomberg Philanthropies Founder Michael Bloomberg to deliver the keynote address at the Bloomberg Global Business Forum in the morning of September 25.

Following this, there will be a large number of interactions with CEOs. Later in the afternoon, India will engage with the CARICOM group of countries at the first leaders' level summit expected to last about two hours.

Muraleedharan will engage with the countries of the NAM, the Group of 77, the Conference on Interaction and Confidence Building Measures, Commonwealth and SAMOA Pathway.