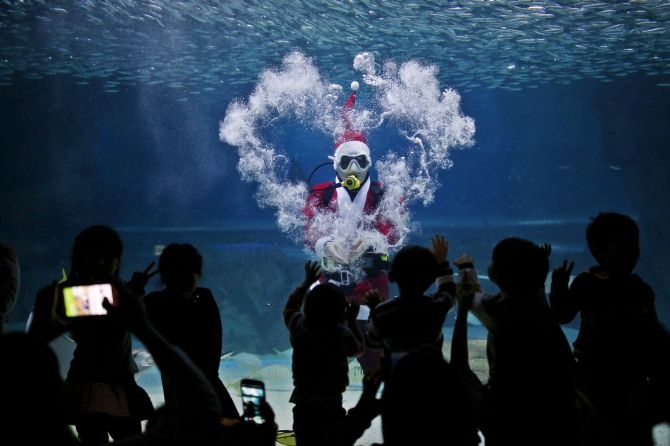 With Christmas just around the corner, the preparations around the wonderful festival have already begun in many parts of the world. And no Christmas is complete without the Santa Claus! 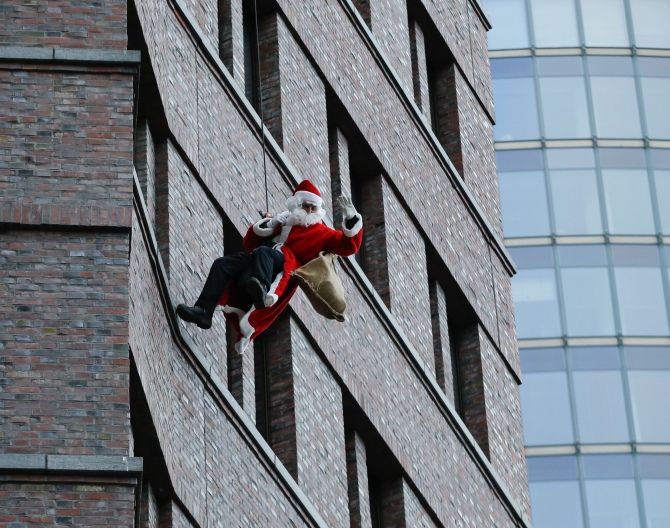 Image: A man dressed as a Santa Claus climbs down from the Kollhoff Tower at Potsdamer Platz square in Berlin, Germany. Photograph: Fabrizio Bensch/Reuters

Image: A diver dressed in a Santa Claus costume makes heart-shape with bubbles as he swims with sardines during a promotional event for the Christmas "Sardines Feeding Show with Santa Claus" at the Coex Aquarium in Seoul, South Korea. Photograph: Kim Hong-Ji/Reuters 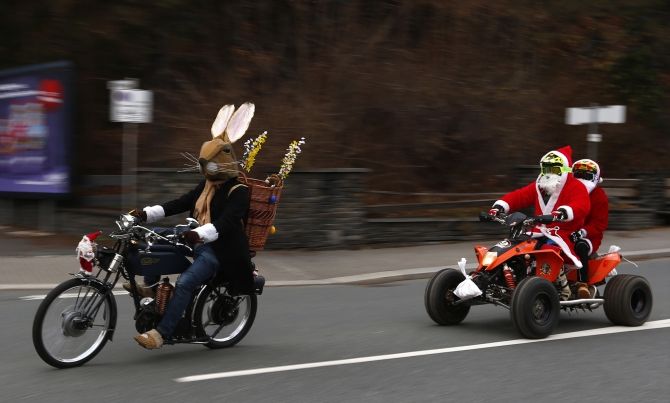 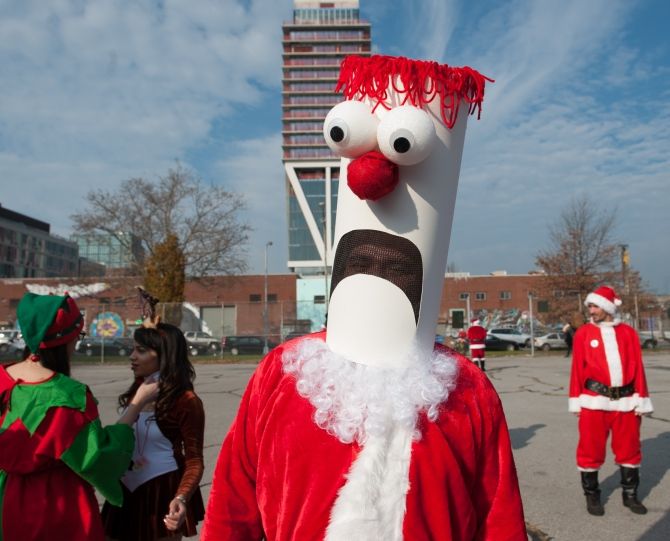 Image: A man dressed as Beeker the Muppet as a Santa waits for the start of the annual SantaCon pub crawl in the Brooklyn borough of New York City. Photograph: Stephanie Keith/Getty Images 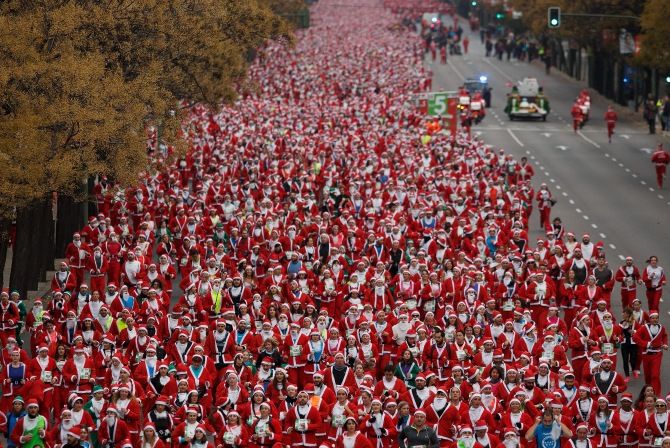 Image: Hundreds of revelers take part in the holiday pub crawl, though some local bars and businesses have banned participants in an effort to avoid the typically rowdy SantaCon crowds. Photograph: Stephanie Keith/Getty Images 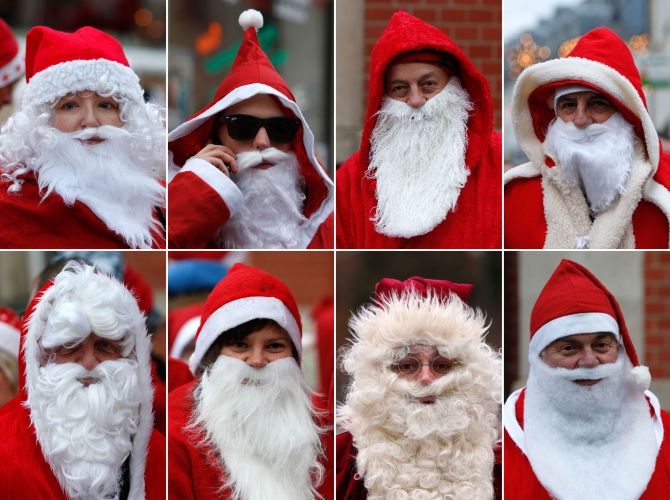 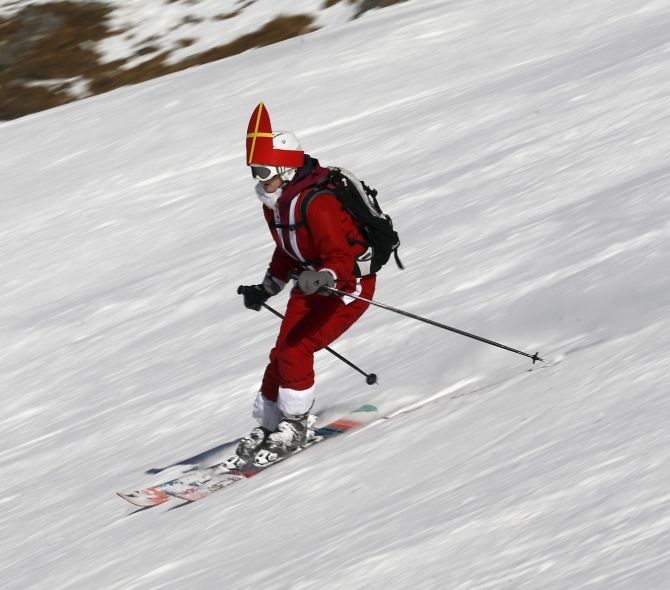 Image: A woman, dressed as Santa Claus, takes a curve during a promotional event on the opening weekend in the alpine ski resort of Verbier, Switzerland. Photograph: Denis Balibouse/Reuters 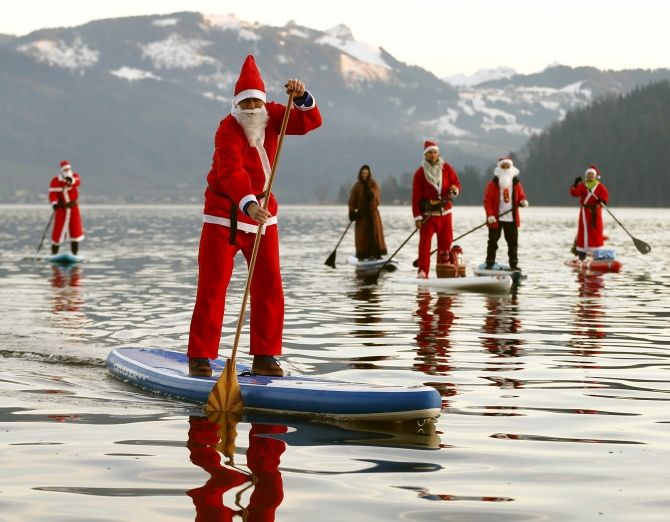 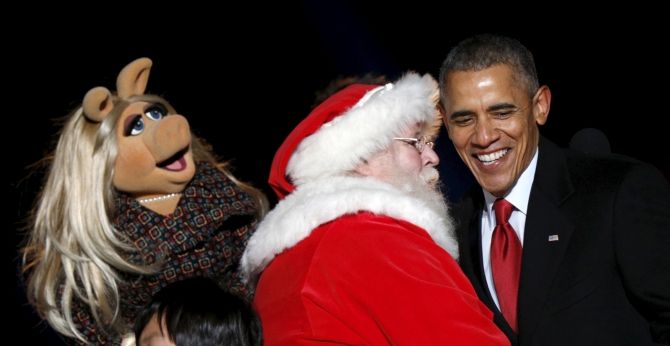 Image: US President Barack Obama hugs a man dressed as Santa Claus as Muppet character Miss Piggy watches during the National Christmas Tree Lighting and Pageant of Peace ceremony on the Ellipse in. Photograph: Kevin Lamarque/Reuters 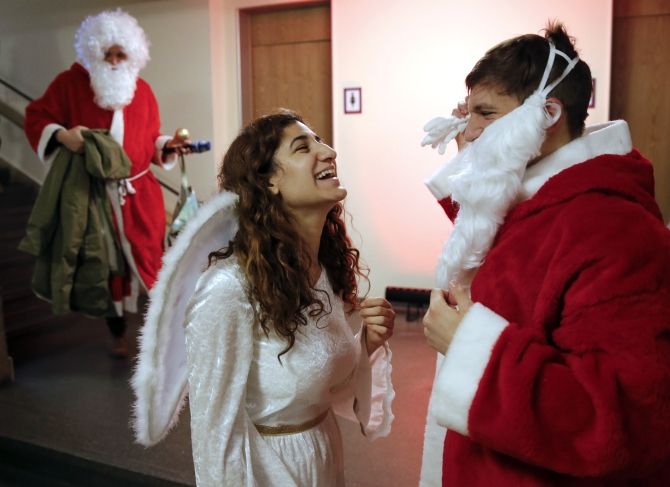 Image: Students dressed as Santa Claus and an angel joke during the annual meeting of the rent-a-Santa Claus service of Berlin's universities in Berlin, Germany. Photograph: Fabrizio Bensch/Reuters 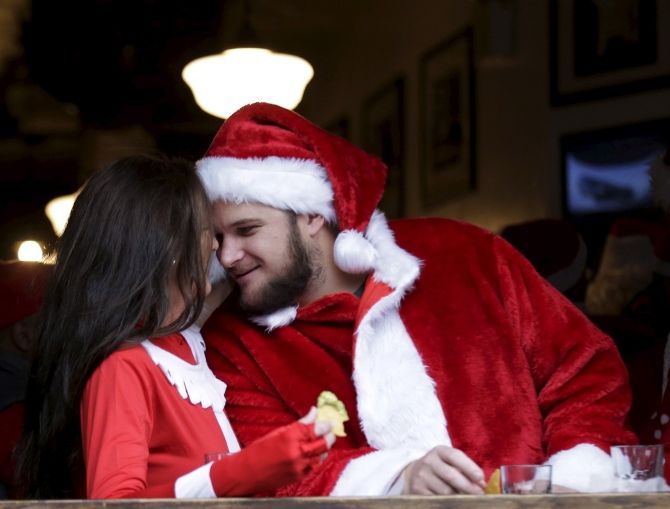 Hinojas busts some dance moves while directing traffic to entertain motorists stuck in the congested intersection as holiday-goers crowd malls for their yuletide shopping a few days before Christmas. Photograph: Romeo Ranoco/Reuters Vasilyev, a teacher of the KrasnoyarskAerospaceAcademy, constructed the self-made water skis to travel on the water surface. The skis are made of plastic foam and the sticks are designed to propel him forward Photograph: Ilya Naymushin/Reuters