Jharkhand Mukti Morcha leader Hemant Soren took oath as Jharkhand chief minister for a second time on Sunday at a grand ceremony attended by a galaxy of opposition leaders and regional satraps, in a show of unity that could be a harbinger of a broad-based anti-Bharatiya Janata Party alliance amid the uproar over the new citizenship law. 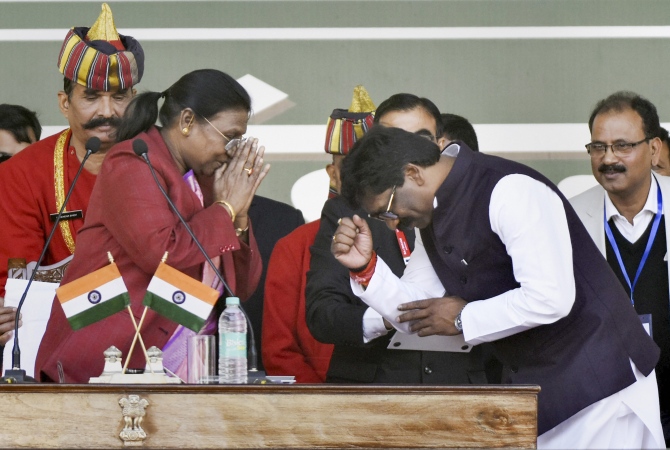 Attired in white kurta-pyjama ensemble and a Nehru jacket, the 44-year-old tribal leader was sworn in as the 11th chief minister of the state by Governor Droupadi Murmu.

They smiled broadly and shook hands at the bonhomie-filled event that heralded the advent of a JMM-Congress-RJD government, after the opposition coalition snatched yet another state from the BJP, barely months after its remarkable performance in the Lok Sabha elections. 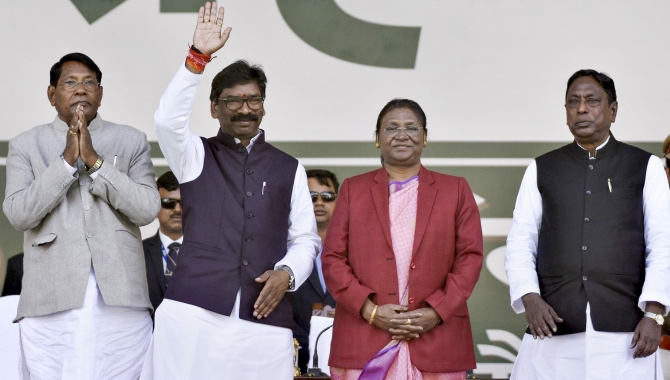 Alam and Oraon are first-time ministers, while Bhokta had been the agriculture minister in the BJP-led National Democratic Alliance governments between 2000 and 2005, before joining the RJD. 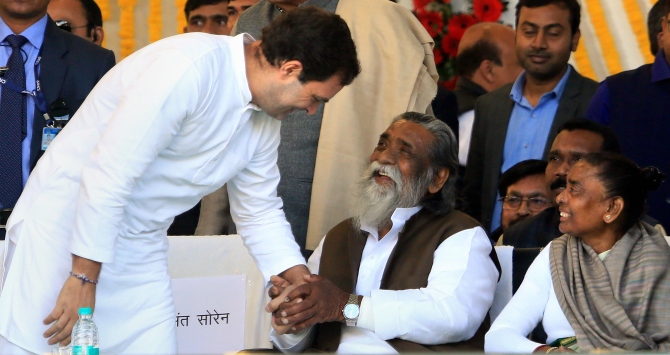 In the just-conducted Assembly elections, the JMM-Congress-Rashtriya Janata Dal alliance triumphed over the BJP, winning 47 seats in the 81-member House.

Four other MLAs - three from the Jharkhand Vikas Morcha (Prajatantrik) and one from the Communist Party of India (Marxist-Leninist) have also extended support to the three-party coalition. 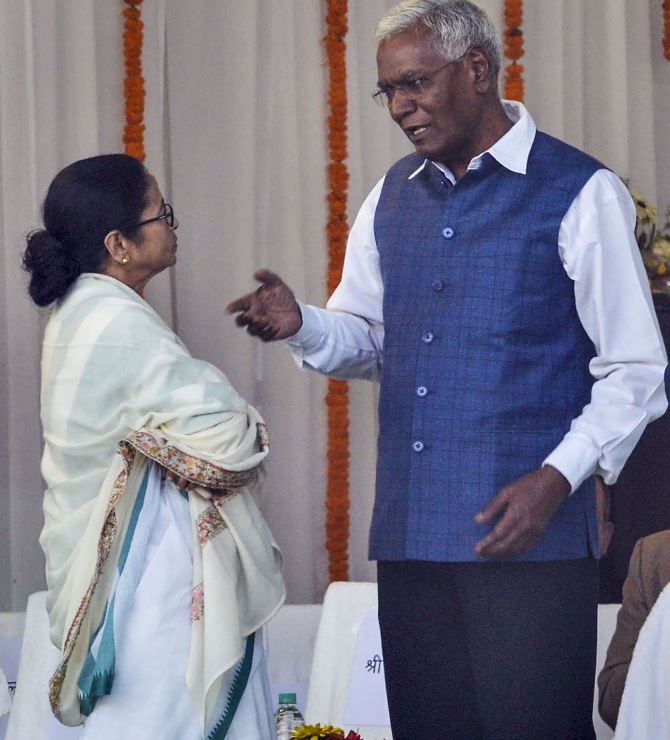