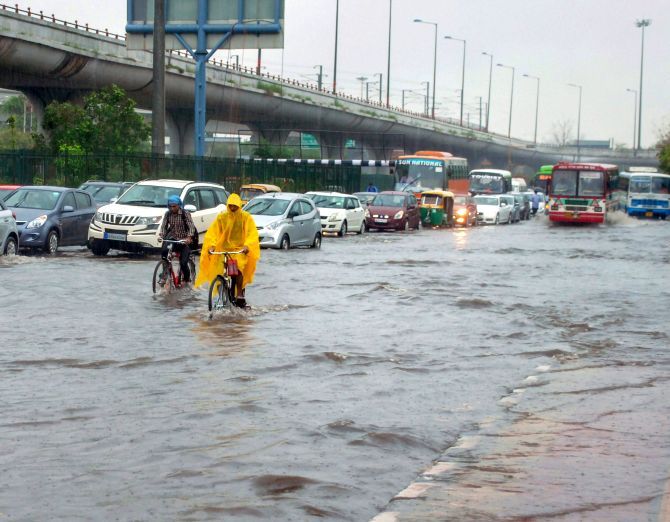 Heavy rains lashed Delhi on Thursday, contributing to waterlogging and traffic snarls at various places in the city.

Traffic was severely affected due to heavy rains in the national capital today with waterlogging contributing to chaos at various intersections.

According to traffic police officials, vehicular movement was affected at the Vivek Vihar underpass, the Seema Puri underpass and under the Ghazipur flyover. 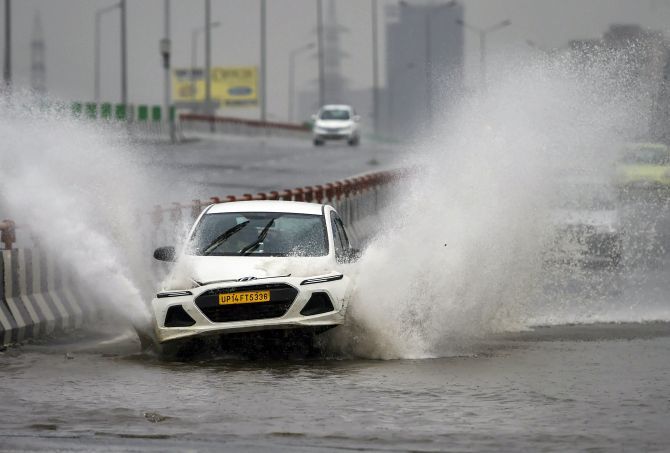 IMAGE: Vehicles wade through a waterlogged road on NH-24 during the rainfall in New Delhi. Photograph: Ravi Choudhary/PTI Photo

"Traffic is also affected from Narayana T Point to Loha Mandi due to water logging on the Girdhari Lal Goswami Marg in west Delhi. Commuters should avoid the stretch," an official said.

Traffic was reported to be affected from Apsara border to Shahdara, Seema Puri to Apsara border and Khaira Mor to Bahardurgarh bus stand in Najafgarh. 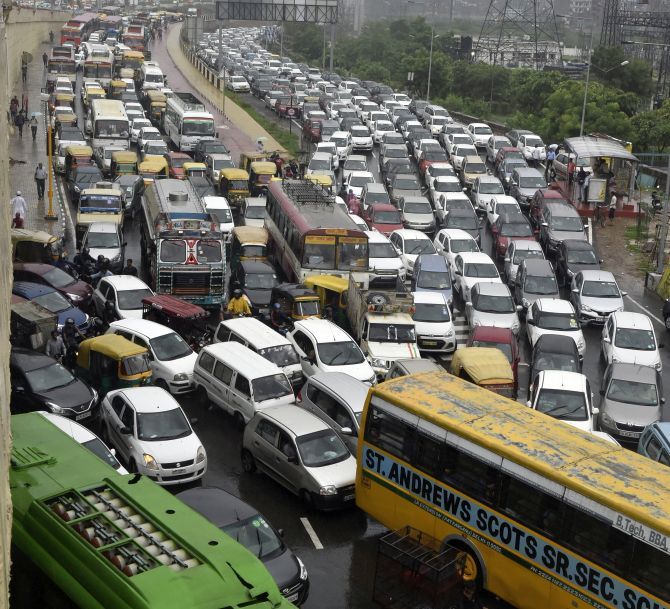 IMAGE: A view of the traffic chaos at Gazipur Murga Mandi underpass on the National Highway- 24 during rains, in east Delhi. Photograph: Ravi Choudhary/PTI Photo

There was obstruction in traffic from Lal Kuan in south Delhi to Badarpur due to water logging.

The traffic police also issued advisories with alternate routes on its Twitter handle for motorists. 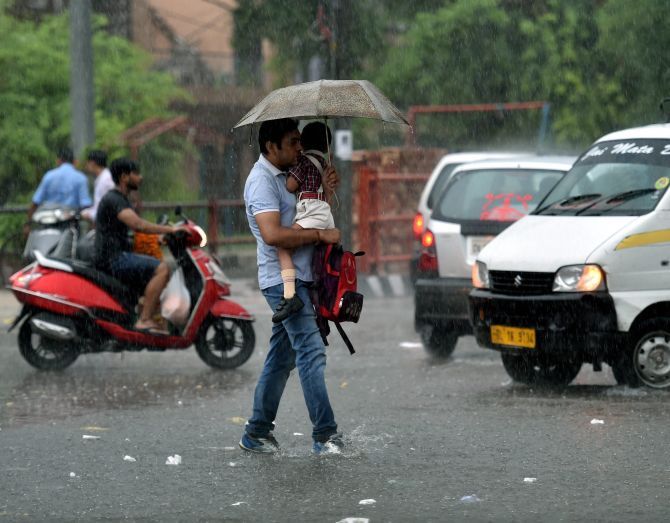 Heavy rains lashed the city overnight and continued till the morning.

The weatherman has predicted more rainfall during the day. 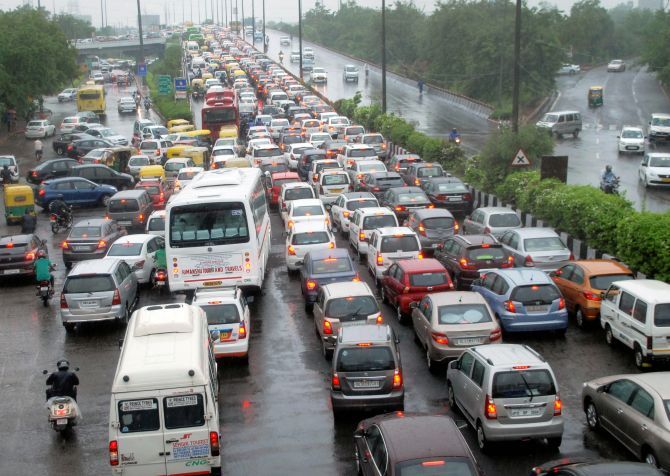 "The maximum and minimum temperatures are expected to hover at 31 and 26 degrees Celsius respectively," the MeT official added.