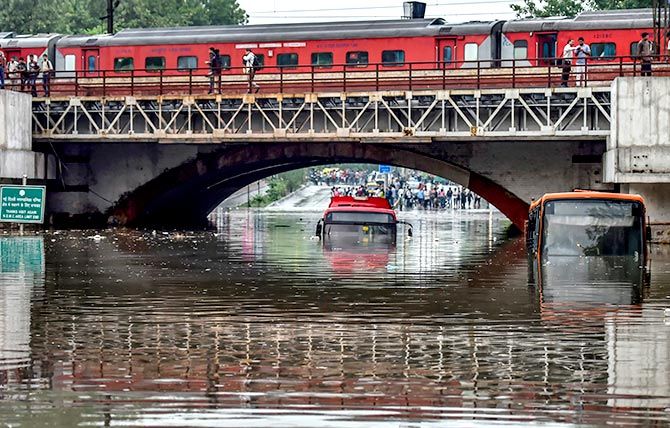 Heavy traffic was witnessed at Bahadur Shah Zafar Marg due to heavy rain. 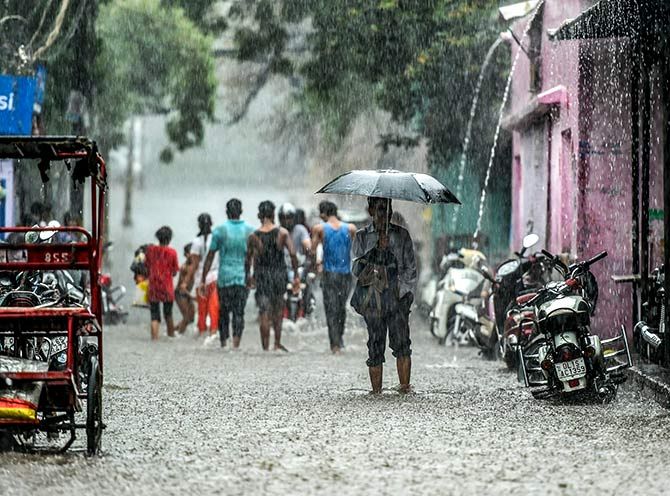 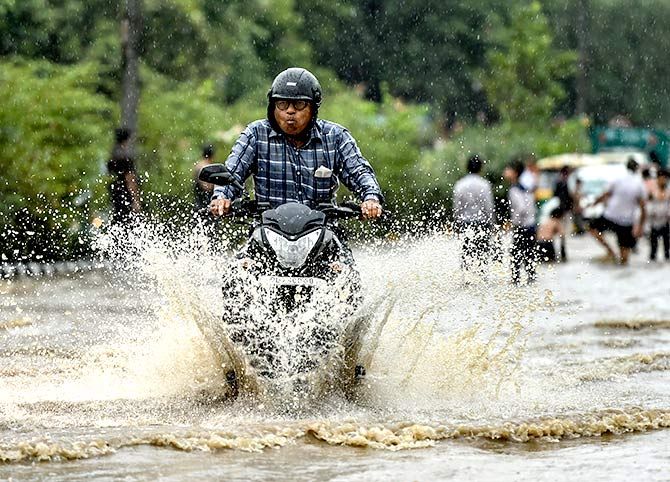 Cab companies also hiked the fares due to the rain and commuters between Delhi and Gurgaon were affected by availability of fewer cabs. IMAGE: Children play on an open field during heavy rainfall, at Shalimar Bagh in New Delhi. Photograph: Shahbaz Khan/PTI Photo
© Copyright 2021 PTI. All rights reserved. Republication or redistribution of PTI content, including by framing or similar means, is expressly prohibited without the prior written consent.