Can you imagine being handcuffed to your significant other for a full 24 hours and doing everything (literally everything) together?

Well, for this arguing Ukrainian couple that has been the daily reality for three months now. 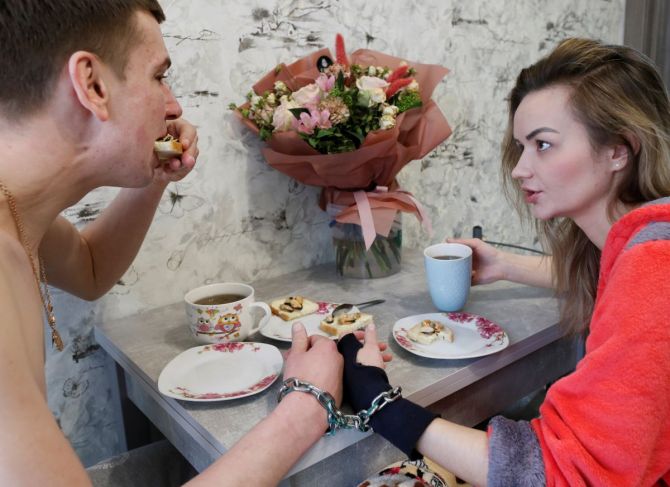 Online car salesman Alexandr Kudlay, 33, and beautician Viktoria Pustovitova, 28, began what they call their "experiment" on Valentine's Day and have since gained thousands of followers on Instagram through their documentation of the whole ordeal.

Kudlay came up with the idea after Pustovitova said she wanted to break up with him.

“We used to break up once or twice a week. When during another fight Vika once again said that we had to break up, I replied: ‘Then I will attach you to myself.’” 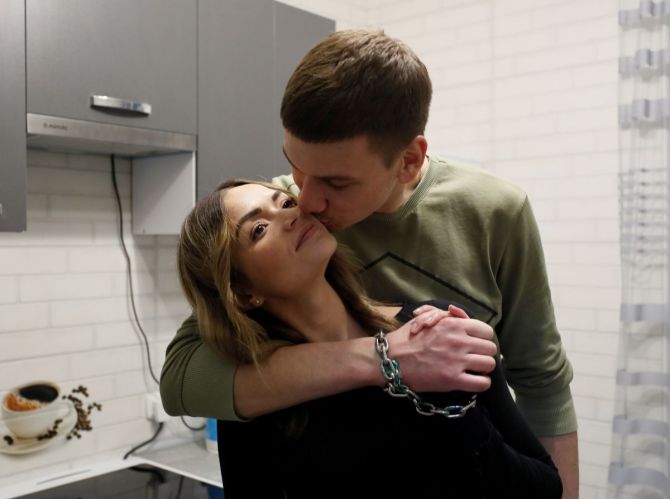 IMAGE: Alexandr Kudlay hugs Viktoria Pustovitova in their apartment in Kharkiv, Ukraine. On Valentine's Day, they decided to handcuff their hands together for three months and began documenting their experience on social media. Photograph: Gleb Garanich/Reuters

Pustovitova refused his idea at first, hanging up the phone on him the first time he suggested it, but eventually changed her mind.

For nearly a month now, neither has had any personal space and they do everything together, from grocery shopping to cigarette breaks.

"I decided it will be an interesting experience for me, that it will bring into my life new bright emotions which I did not experience before," Pustovitova said. 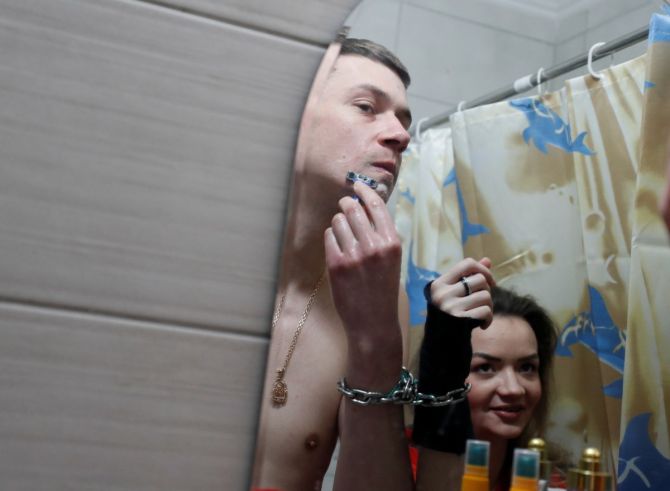 IMAGE: Alexandr Kudlay shaves as Viktoria Pustovitova stands next to him. The couple post images of themselves on Instagram portraying an idyllic coexistence, complete with captions stressing the importance of mutual respect and understanding. Photograph: Gleb Garanich/Reuters

Now they post images of themselves on Instagram portraying an idyllic coexistence, complete with captions stressing the importance of mutual respect and understanding. 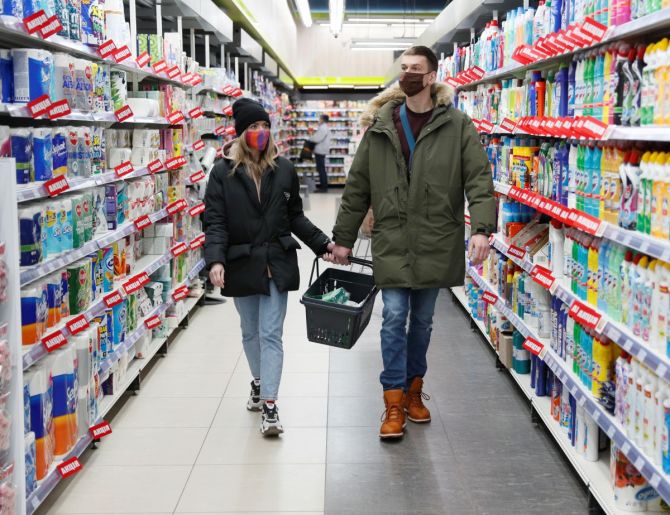 As for their relationship, “some tension has come up”, but the couple say they have found new ways of dealing with discord.

Among the most burning questions is how the couple go to the toilet. The answer: The other has to wait outside with a hand remaining inside the bathroom. They take turns showering. 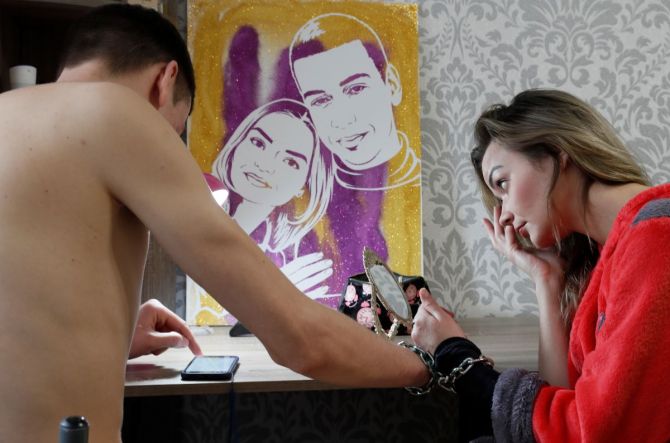 IMAGE: The couple has said that there has been some tension but they have found new ways of dealing with discord. Photograph: Gleb Garanich/Reuters
AGENCIES