The identity of people of Jammu and Kashmir is neither at stake nor tampered with after the abrogation of the state's special status by the Centre, governor Satya Pal Malik said on Thursday after hoisting the national flag on the 73rd Independence Day in Srinagar on Thursday. 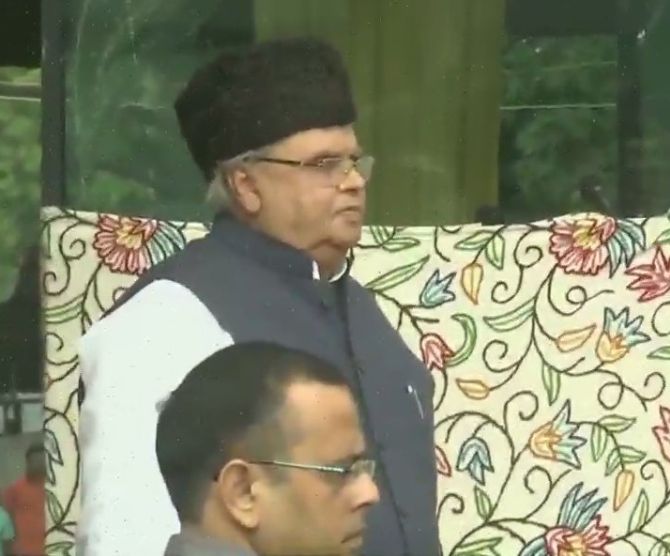 Terming the changes introduced by the Centre as "historical", Malik said they will open a new door of development and help various communities promote their languages and cultures in Jammu and Kashmir and Ladakh.

"In the last 70 years people were lead astray from the main issues of economic development, peace and prosperity. Instead of paying attention to these issues, people were misled on issues which are irrelevant to their lives,” he said at the Sher-i-Kashmir stadium in his address on the first Independence Day function in the Valley after the abrogation.

Malik said it is surprising that in all the previous elections, focus of people was not brought on issues of 'Roti, Kapda aur Makaan (employment, clothing and housing)'.

"These changes have removed the hurdles for economic development and prosperity,” he said.

Malik said the step will enable good governance, bring self-reliance and employment opportunities to people Jammu and Kashmir and most importantly the feeling of unity and equality with the rest of the country.

"I want to assure people of Jammu and Kashmir that their identity is neither at stake nor has been tampered with. The Indian Constitution allows many regional identities to prosper... Nobody should be bothered that their identity will finish because of the steps taken by the Central government... This step can be used to promote language, culture and identities within the state," he said. 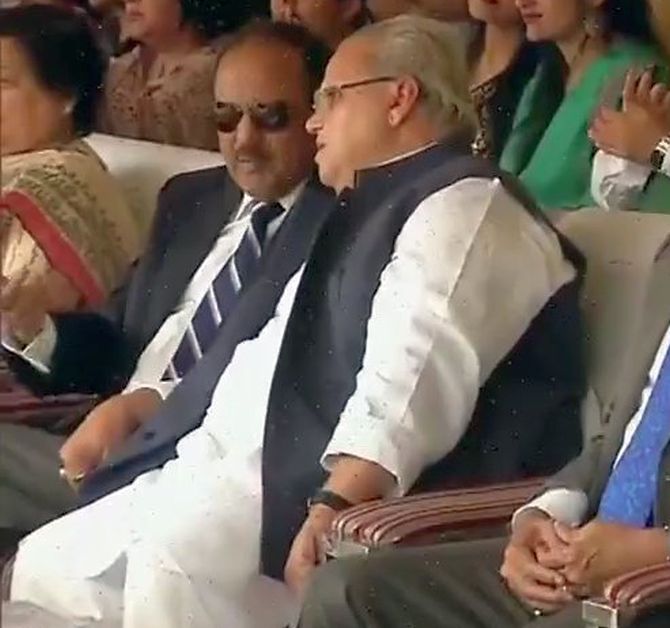 Local tribes which did not have political representation will now get it under the new system, he said.

He said his government is committed to the safe return of Kashmiri Pandits in the Valley.

After unfurling the flag, Malik inspected the parade of para-military forces and Jammu and Kashmir Police led by SSP Manzoor Ahmed Dalal.

He said the government has a zero-tolerance policy towards terrorism and sustained efforts by armed forces have ensured the defeat of terrorists.

There is a sharp decline in terror recruitment and incidents of stone pelting after Friday prayers, he said. 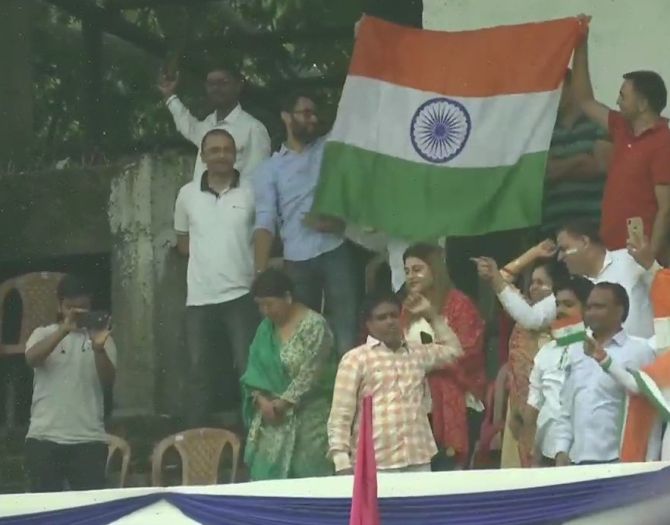 IMAGE: People at the Sher-e-Kashmir stadium to witness the celebration. Photograph: ANI

Talking about his one-year administration, Malik said he has tried to empower people through grassroots democracy.

He said Urban Local Body elections in October and the second-ever Panchayat polls in November-December were held after a long gap and people came out in large numbers to sent a clear message to terrorists and separatists.

Agriculture is the mainstay of the economy and Kashmiri apple and other fruits have already created a niche for themselves, Malik said. And Investment Summit proposed later this year will focus on investment and expertise in these areas.

Prominent mainstream leaders were not present at the Independence Day function at the Sher-e-Kashmir stadium as they have been detained as a precautionary measure.

Second-rung Bharatiya Janata Party leaders, however, were among those present in the stands during Malik's address. 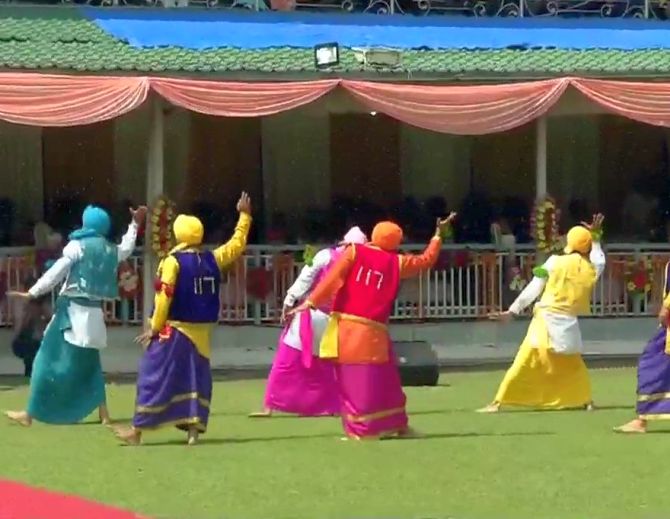 Unprecedented security arrangements were made.

All roads leading to the stadium were sealed but people with special passes were allowed to proceed to the venue.

This year, no school contingents took part in the Independence Day parade or the cultural programme that followed it.