Two people were killed and four others taken ill after benzene gas leaked at a pharmaceutical company at Parawada near here early on Tuesday morning, with the plant being temporarily shut and officials assuring the situation was under control. 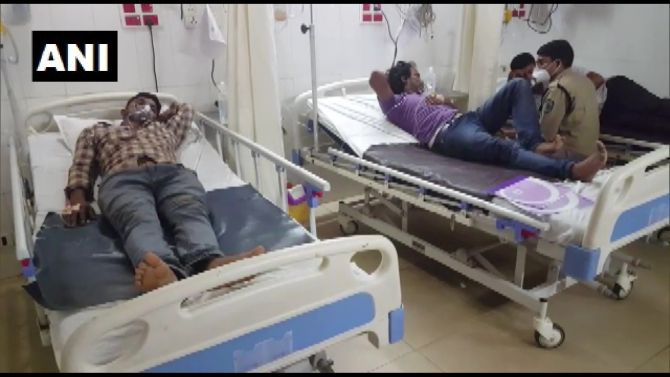 The incident occurred in Sainor Life Sciences unit at Pharma City but the situation was under control as the leak was restricted to one reactor unit, official sources said.

The leak occurred when benzene gas was being pumped into the reactor, they said.

Chief Minister YS Jaganmohan Reddy enquired about the incident with District Collector V Vinay Chand and directed him to ensure better medicare to those undergoing treatment.

The deceased persons were senior employees of the company, the sources said.

Those who fell sick after inhaling the gas have been admitted to a hospital in Gajuwaka, with one of them being put on ventilator support, the sources added.

The collector said the pharma unit has been temporarily shut down as a precautionary measure. He said there was no need for any panic and the leak was confined to only one unit.

The shift in-charge and the chemist were the first to fall victim and it took a while before the other workers found them gasping for breath. They died on the way to the hospital.

Four other workers working in the reactor unit inhaled the gas and fell sick.They are now undergoing treatment and are said to be stable.

Vinay Chand constituted a four-member team of officials, led by the Joint Collector, to investigate the cause of the mishap.

Chief Minister Reddy enquired about the incident with Vinay Chand, according to a release from the CMO.

The collector briefed him about the incident and the latter directed that better medicare be provided to the sick workers admitted to hospital.

Telugu Desam Party president N Chandrababu Naidu expressed grief over the mishap and extended sympathies to the bereaved families. He requested the government to aid the families of the deceased.

Local MLA A Adeep Raj visited the accident spot and blamed negligence on part of the company management for the tragedy.

He said there was a similar incident in the same plant a few years ago where three workers were killed.

Tuesday's incident comes nearly two months after 12 people were killed and over 1000 taken ill after gas leak at a chemical plant.