That’s the effect of Hurricane Harvey, which struck Houston and southeast Texas.

Inch by accumulated inch, more than 20 trillion gallons of water pooled in southeast Texas, swamping hundreds of thousands of homes, cutting off roads, and spurring thousands of rescues.

However, people aren’t the only ones trying to get back on their feet after Tropical Storm Harvey. Dogs, domestic animals and livestock took a hit from the record-breaking rainfall, surging floodwaters and brutal winds.

A teeming multitude of pets and other assorted animals are among those still being rescued from Hurricane Harvey-ravaged parts.

Here’s some of the most heart-warming images from the rescue. A cat tries to find dry ground around an apartment complex after it was inundated with water following Hurricane Harvey in Houston, Texas.
Photograph: Scott Olson/Getty Images Dogs are carried to a rescue boat from a home which is surrounded by floodwater after torrential rains pounded Southeast Texas following Hurricane and Tropical Storm Harvey causing widespread flooding. Harvey, which made landfall north of Corpus Christi August 25, has dumped nearly 50 inches of rain in and around areas Houston.
Photograph: Scott Olson/Getty Images 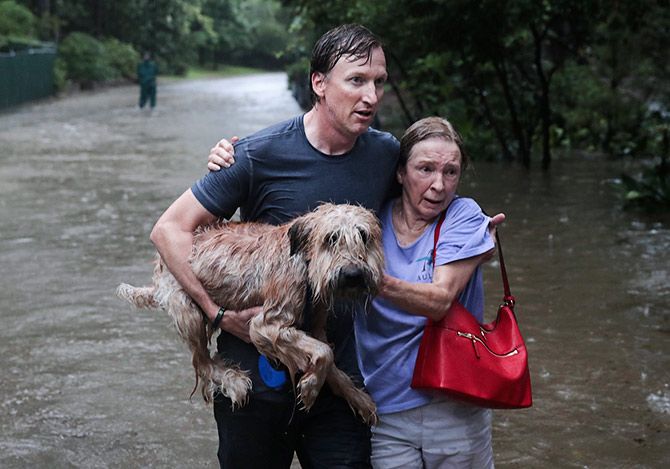 Andrew White helps a neighbour down a street after rescuing her from her home in his boat in the upscale River Oaks neighbourhood after it was inundated with flooding.
Photograph: Scott Olson/Getty Images Naomi Coto carries Simba on her shoulders as they evacuate their home after the area was inundated with flooding in Houston, Texas. On August 29, a weather station in Southeast Houston registered more than 51 inches of rain from Tropical Storm Harvey. This means Harvey has broken the record for the greatest amount of rain recorded from a single tropical storm or hurricane in the continental United States.
Photograph: Joe Raedle/Getty Images Volunteers and officers from the neighbourhood security patrol help to rescue residents and their dogs in the upscale River Oaks area in Houston.
Photograph: Scott Olson/Getty Images 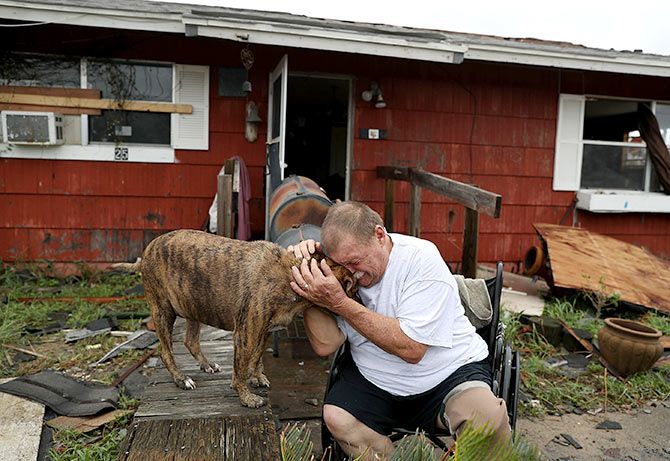 Steve Culver cries with his dog Otis as he talks about what he said was the, "most terrifying event in his life," when Hurricane Harvey blew in and destroyed most of his home while he and his wife took shelter there in Rockport, Texas. Harvey is being reported as the strongest hurricane to hit the United States since Wilma in 2005.
Photograph: Joe Raedle/Getty Images 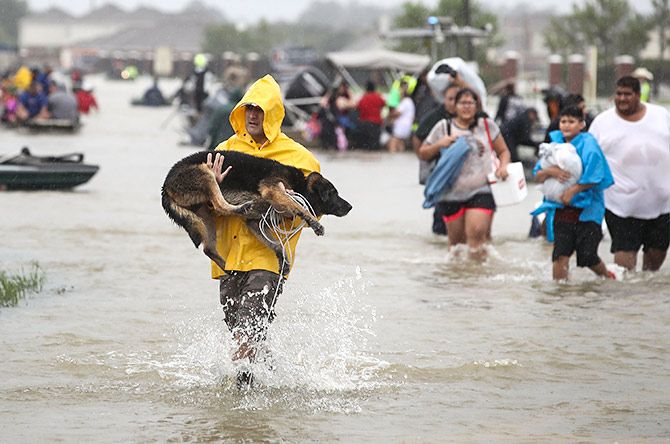 To deal with the influx of desperate creatures, busy rescue groups and shelters have been sending their animals to facilities outside of Texas in order to make room for those found in flooded areas.
Photograph: Joe Raedle/Getty Images 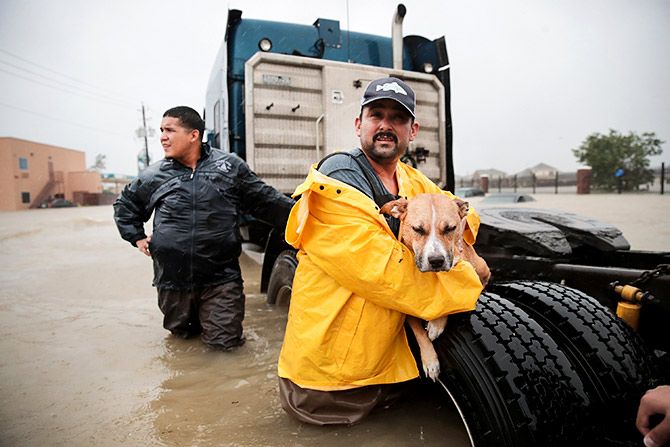 Pets and animals affected in Texas are being moved to New Jersey in order to to make room in shelters for pets that got separated from their owners during Harvey.
Photograph: Joe Raedle/Getty Images 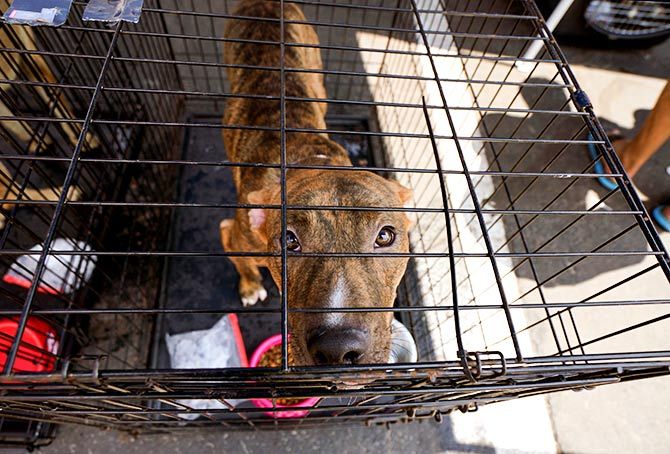 A dog rescued from Harvey floodwaters in Houston, Texas, waits to be relocated to a shelter.
Photograph: Rick Wilking/Reuters A man helps cows that were trapped in flood water in a field escape in Winnie, Texas.
Photograph: Carlo Allegri/Reuters 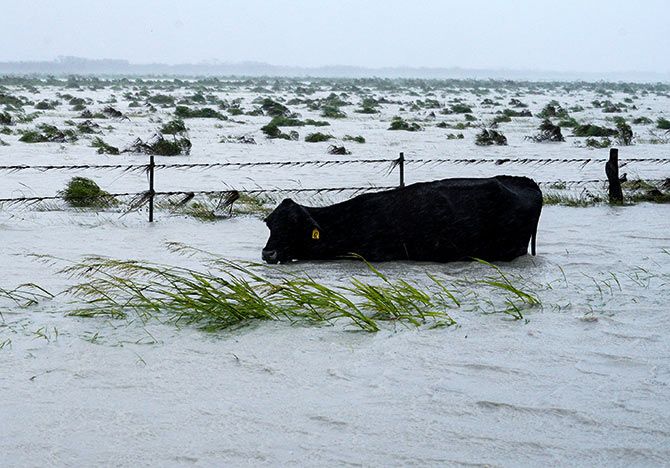 A cow struggles to keep its head above floodwaters during Hurricane Harvey near Fulton, Texas.
Photograph: Rick Wilking/Reuters 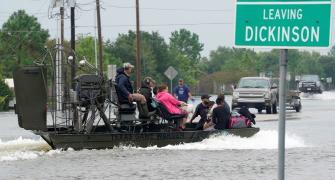 What are the chances of a natural disaster striking India?
Hurricane Sandy: Then to now, a year later in photos 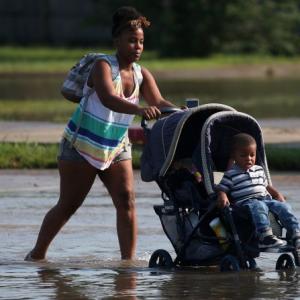 Trump stays away from Harvey's victims