Fresh restrictions were imposed in parts of Kashmir on Friday to maintain law and order in view of congregational prayers, even markets in the valley remained shut and public transport was off the roads for the 54th day, officials said. 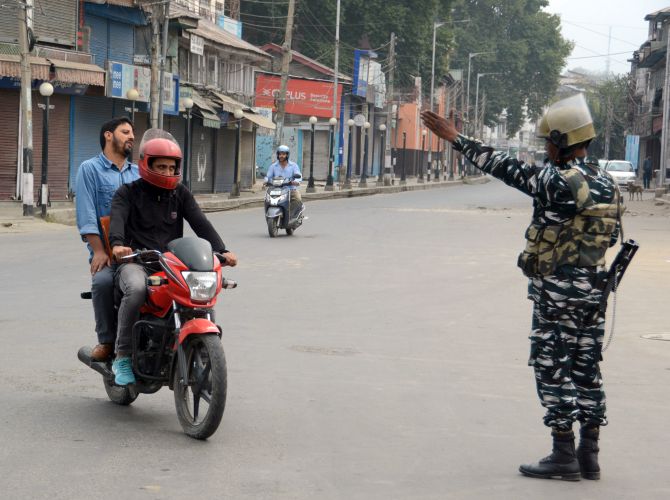 Restrictions under Section 144 CrPc were imposed on Friday morning in various parts of the valley, the officials said.

They said the curbs were imposed in five police station areas of Nowhatta, Rainawari, Safakadal, Khanyar and Maharaj Gunj in downtown (interior areas) and in Hazratbal zone in Srinagar.

The restrictions were also imposed in Ganderbal, Anantnag, Awantipora, Sopore and Handwara towns of the valley, the officials added.

The authorities also sealed the Lal Chowk city centre -- the commercial hub of Srinagar -- by placing barricades and concertina wires on all entry and exit points leading to the area, they said.

The officials said the curbs were imposed as a precautionary measure to maintain law and order in view of the Friday congregational prayers. 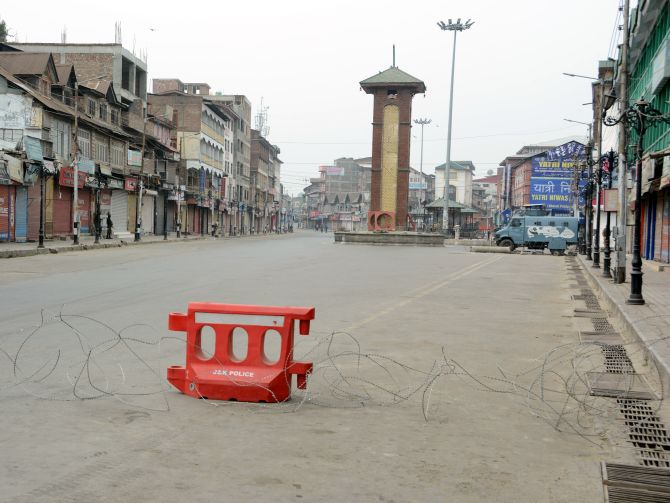 Restrictions were first imposed across the Kashmir on 5 August when the Centre announced its decision to abrogate Article 370 of the Constitution and bifurcate the state into two Union territories. The restrictions were lifted in phases from many parts of the valley as the situation improved with passage of time. 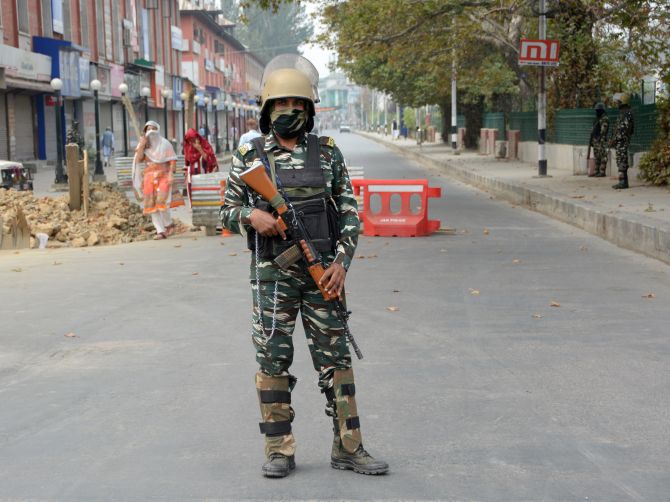 Meanwhile, normal life remained affected in Kashmir as main markets and other business establishments continued to remain closed for the 54th consecutive day on Friday, the officials said.

Public transport was off the roads and the movement of private cars was also lesser than Thursday, they said.

Mobile services remained suspended in Kashmir except in Handwara and Kupwara areas in the north, while Internet services -- across all platforms – continued to be snapped in the valley, they added. Another former chief minister and sitting Lok Sabha MP from Srinagar Farooq Abdullah has been arrested under the controversial Public Safety Act.

Photographs: Umar Ganie/Rediff.com
© Copyright 2020 PTI. All rights reserved. Republication or redistribution of PTI content, including by framing or similar means, is expressly prohibited without the prior written consent.