Over 50% turnout in 4th phase of J-K civic polls

Over 50 per cent turnout was recorded in the fourth phase of the District Development Council (DDC) elections in Jammu and Kashmir, which passed off peacefully on Monday, officials said. IMAGE: A health worker provides hand sanitiser to people waiting in a queue to cast their votes during the fourth phase of the District Development Council elections, in Ganderbal district of central Kashmir. Photograph: S Irfan/PTI Photo

Poonch district of Jammu region recorded the highest turnout at 75.42 per cent.

Ganderbal district recorded the highest polling in Kashmir valley at 56.28 per cent.

Jammu and Kashmir State Election Commissioner K K Sharma told a press conference that the fourth phase polling was conducted successfully and the turnout was 50.08 per cent.

There was no reports of any untoward incident from anywhere, he said, adding the polling passed off peacefully.

In the fourth phase, polling took place in 34 constituencies -- 17 each in Kashmir and Jammu divisions -- out of a total 280. A total of 249 candidates were in the fray in the fourth phase election.

In view of the Covid-19 pandemic, adequate arrangements were made to ensure safety of all stakeholders, including voters.

The previous three phases of the maiden DDC elections, the first democratic exercise in Jammu and Kashmir after the reorganisation of the erstwhile state last year, were held on November 28, December 1 and December 4.

Sharma said that in the fourth phase, Jammu division recorded an average voter turnout of 69.31 per cent with Poonch district recording the highest percentage of 75.42 per cent, followed by Doda district with 75.03 per cent. IMAGE: Villagers wait in a queue to cast their votes for the fourth phase of District Development Council elections, at Aghore village, some 45 km from Jammu. Photograph: PTI Photo

The lowest turnout in Jammu division was in Udhampur district which recorded 59.90 per cent polling, he said.

Kashmir division recorded an average voter turnout of 31.95 per cent with Ganderbal district recording the highest polling at 56.28 per cent, followed by Baramulla district at 47.43 per cent and Bandipora with 45.22 per cent polling.

Besides the DDC elections, polling was held for panchayat bypolls in vacant sarpanch and panch seats falling within the DDC constituencies.

Sharma said the counting of votes for sarpanch and panch constituencies which went to poll in the fourth phase election is being conducted immediately after the close of polling.

Replying a question about money being distributed by some leaders in Bandipora, a purported video clip of which has gone viral, he said the police is investigating the matter. 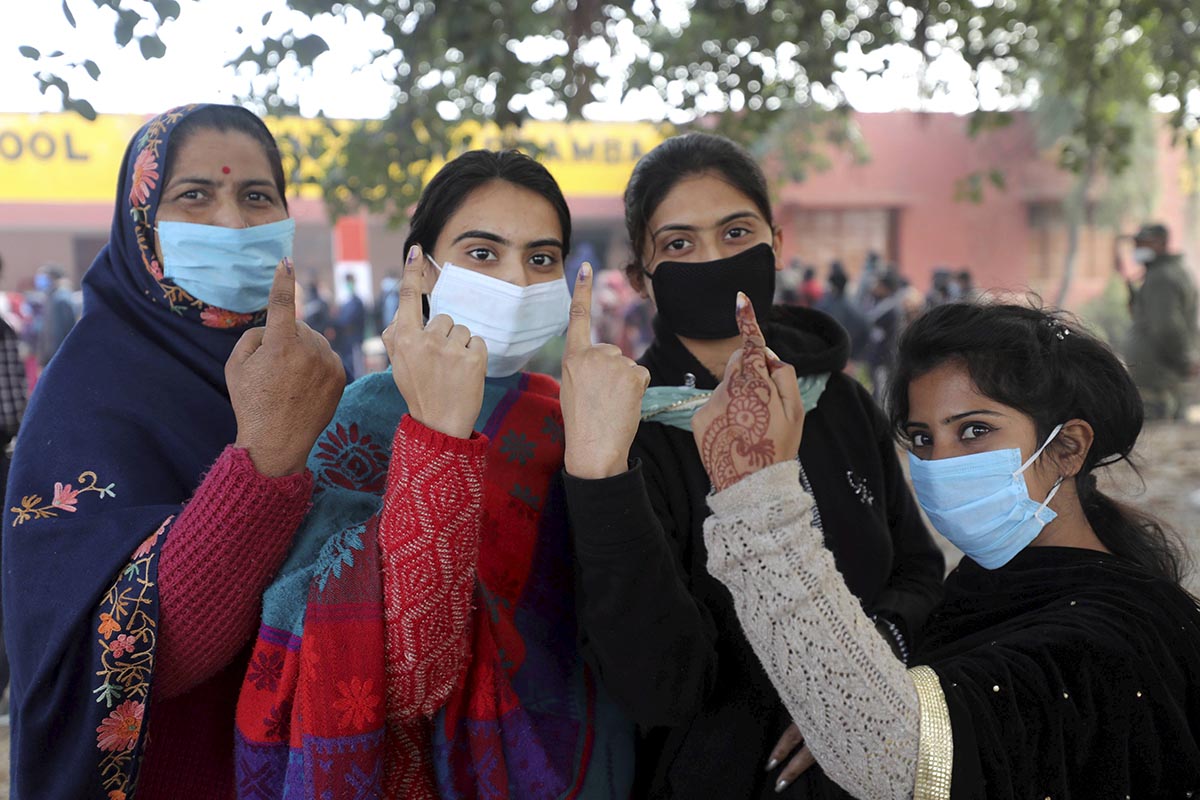 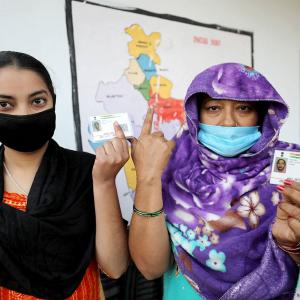