Residents in Kerala, Karnataka and Maharashtra continue to struggle as floods leave them in a watery hell. 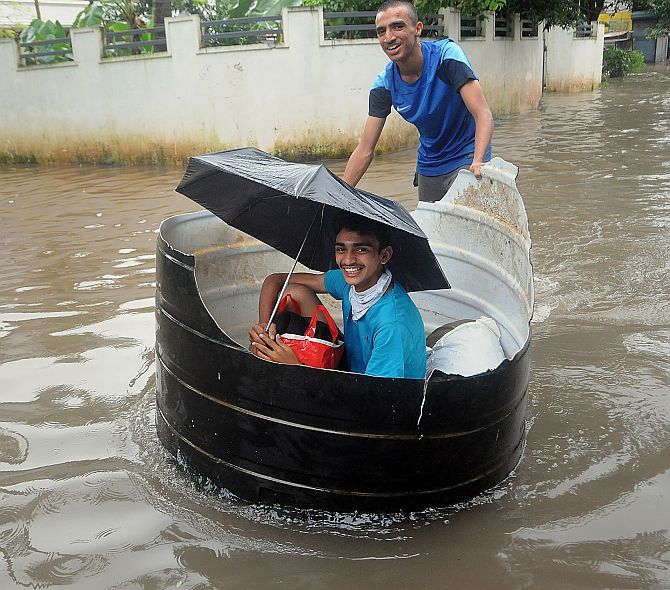 IMAGE: People wade across a flooded street on a water tank, in Kozhikode. Photograph: PTI Photo

-- The toll in the monsoon fury in Kerala mounted to 67 with over 2.27 lakh people being sheltered in relief camps across the state 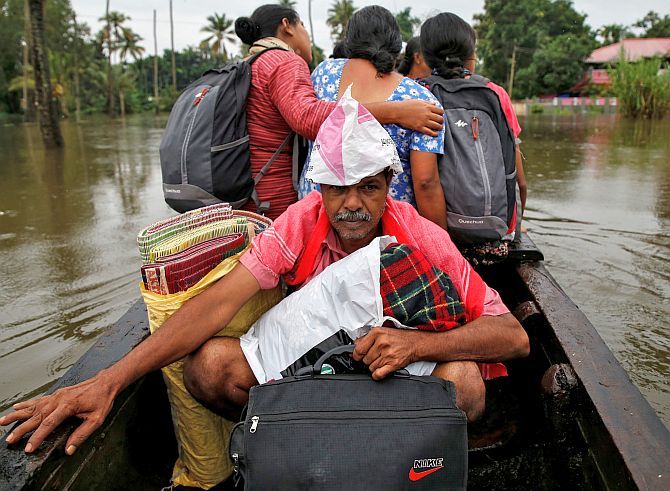 IMAGE: Flood-affected people are moved to a safer place in Paravur in Ernakulam district in Kerala. Photograph: Sivaram V/Reuters 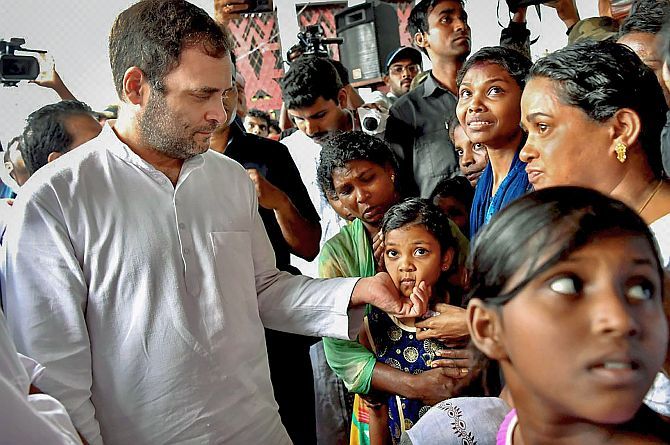 -- "It is heart-breaking to see what all the people of Wayanad have lost. We will do everything in our power to help them get back on their feet," Gandhi tweeted after visiting people affected by floods and landslides in his constituency 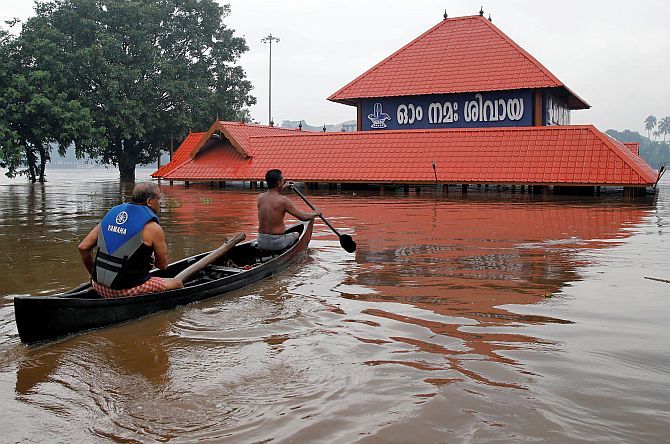 IMAGE: Members of a rescue team row a boat towards a submerged temple to look for a man believed to be stranded inside the temple during heavy rains on the outskirts of Kochi. Photograph: Sivaram V/Reuters

--  Flight operations from the international airport at Kochi resumed on Sunday afternoon, two days after it was shut due to inundation of the runway area following heavy rains 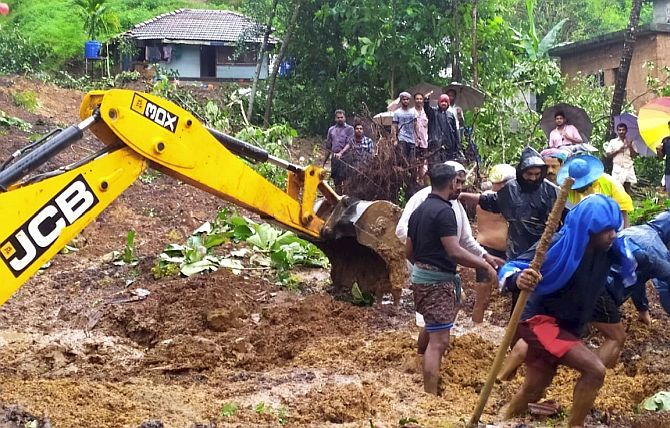 IMAGE: Rescue operation underway at an area affected by landslide due to heavy rain, in Malappuram district. Photograph: PTI Photo 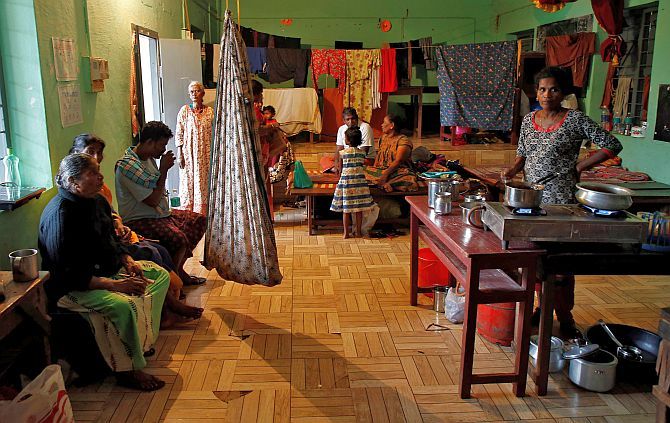 IMAGE: Flood-affected people sit inside a school, which has been converted into a temporary relief camp, in Eloor near Kochi. Photograph: Sivaram V/Reuters

-- Vadakara in Kozhikode district recorded 21 cm of rainfall, the highest in the state as of 8.30 am on Sunday, followed by Kodungallur in Thrissur (19.9) and Perinthalmanna in Malappuram (13.8)

-- This is the second consecutive year that the floods and landslides have ravaged Kerala, which is yet to recover from the devastating deluge that claimed over 400 lives last year and had rendered lakhs homeless 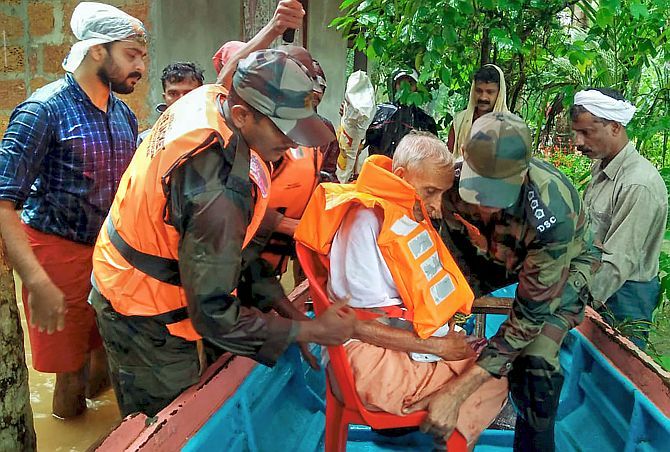 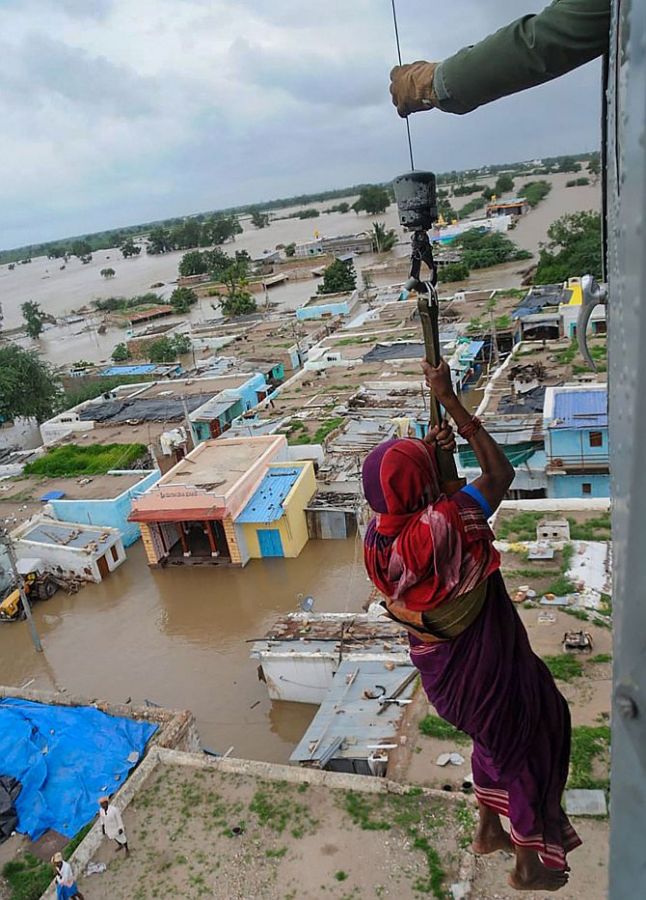 IMAGE: A woman is rescued by the IAF personnel from a flood-affected area, in Belagavi district. Photograph: PTI Photo

-- The government has assessed that 21,431 houses and crops in 4.16 lakh hectares had been damaged in the floods 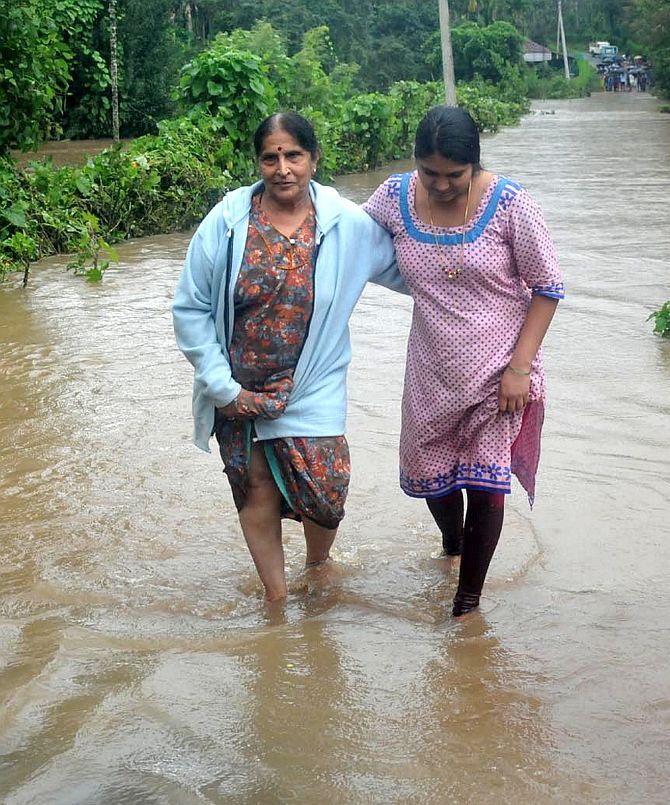 IMAGE: People move to a safer ground from a flooded area due to overflow of Bhadra river following heavy rain, in Chikmagalur. Photograph: PTI Photo

--  In the wake of series of landslides, the national highway connecting Bengaluru and Mangaluru will remain closed at least till Monday 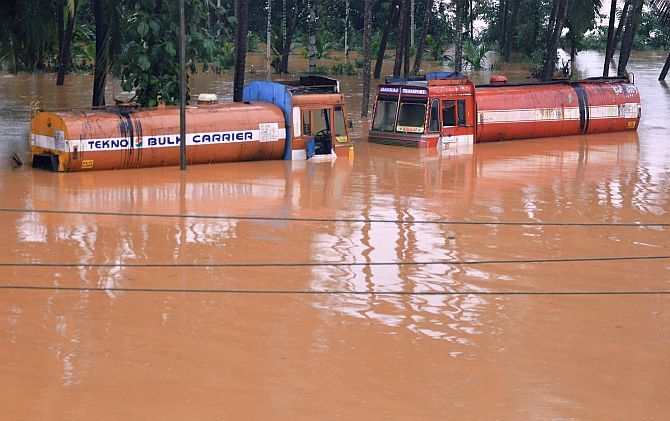 --  The world heritage site Hampi along the banks of Tungabhadra River in Ballari district has been inundated with authorities releasing over 1.70 lakh cusecs from a reservoir on Sunday morning 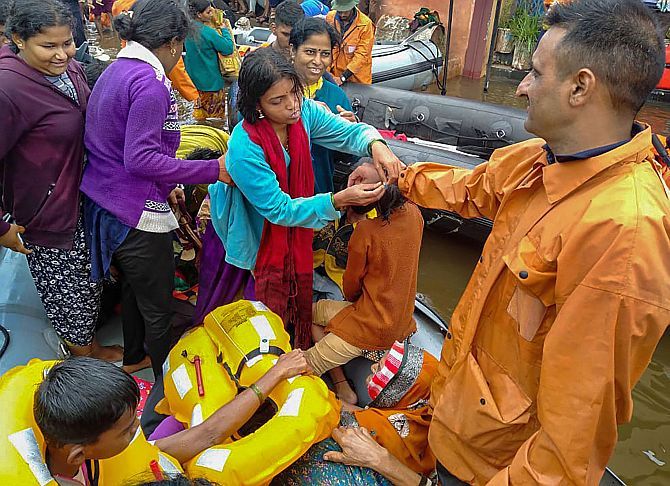 IMAGE: A woman rescued by Indian Navy personnel from a flood-affected area, ties Rakhi on the wrist of her saviour, in Kolhapur. Photograph: PTI Photo

-- Over 30 people have been killed in rain-related incidents in five districts of western Maharashtra in the last one week, including 17 who drowned when a boat capsized near Brahmanal village in Sangli on Thursday 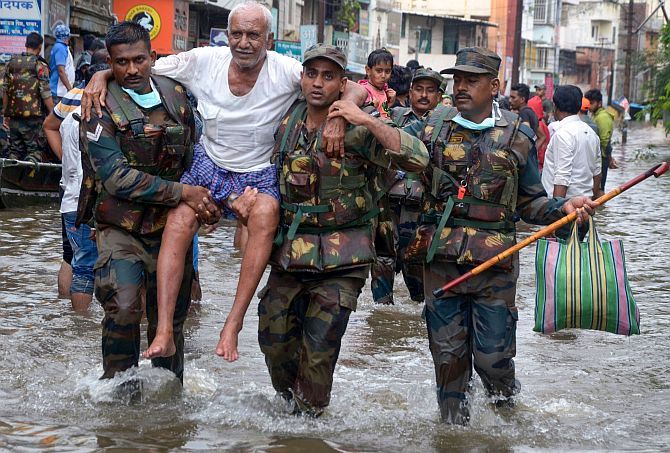 -- In some areas of Kolhapur, food packets were being dropped by helicopters as the connecting roads there were still water-logged 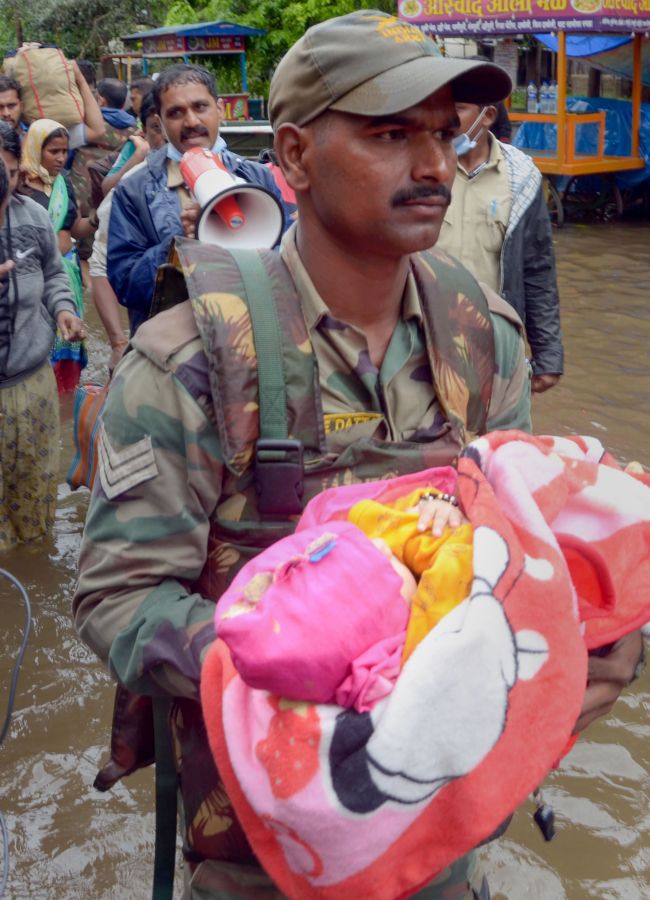