Standing tall at 18 feet, Mumbai's most famous Ganpati -- the Lalbaugcha Raja is here. 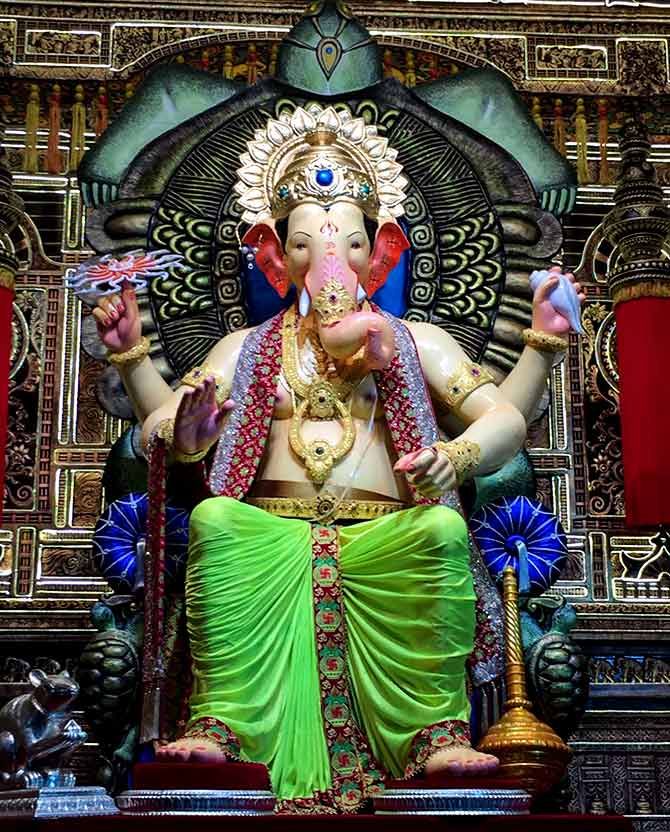 Mumbai’s most famous Sarvajanik Ganpatis, Lalbaugcha Raja, was unveiled on Monday just days ahead of the Ganesh Chaturthi festival.

Founded in 1934, the Lalbaugcha Raja is celebrating 84 years and is popular as ‘one who fulfils all wishes’. 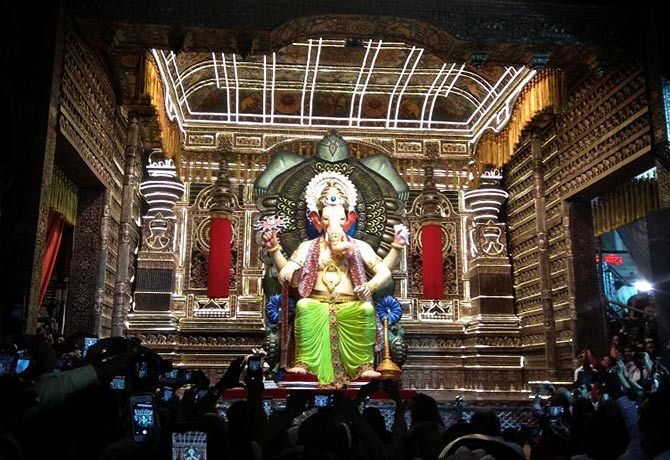 IMAGE: The Lalbaugcha Raja is one of Mumbai's most famous and oldest of Ganpatis. Each year, the idol attracts hordes of people. Photograph: Satish Bodas/Rediff.com

In 1943, he was called Garamkhadyacha Ganapati (The Ganapati of Garamkhada) owing to the excess hot water that seeped out of the boilers in the neighbouring Digvijay Mills. The fisherfolk called him Lalbaugcha Raja. Time passed, the clout of the mills diminished, but Lalbaugcha Raja remains and his popularity only increases each year.

According to their official website, Lalbaugcha Raja Ganesh Utsav 2017 will be inaugurated on Thursday, August 25 2017, early morning at 4.00 am by the mandal’s president Balasaheb Sudam Kamble. The same will be further followed by Pratishthapana Puja. 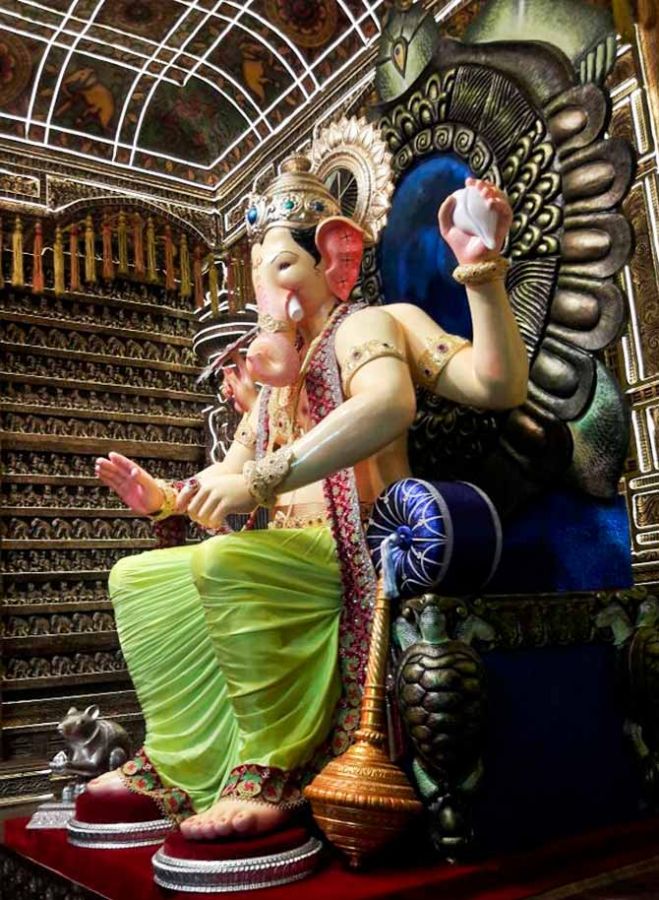 The mandal has got an insurance of Rs 51 crore this year.

Lakhs of people turn up from far-off places, including foreigners, and stand for hours in queues running into several kilometres only to get a ‘darshan’ of the idol. 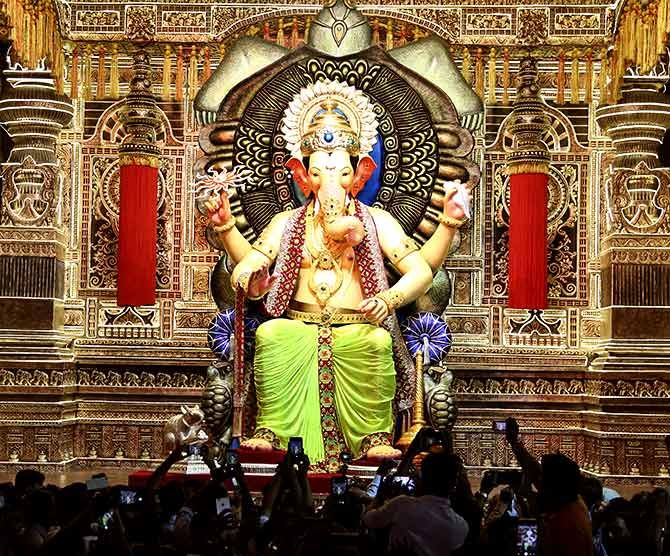 IMAGE: Considering the idol is decked in gold jewellery and beautiful ornaments, the mandal has insured the idol for Rs 51 crore. Photograph: Sahil Salvi/Rediff.com

To catch a glimpse of the Lord, devotees wait in line for more than six hours on weekdays while it can take around 25-30 hours on the weekends. 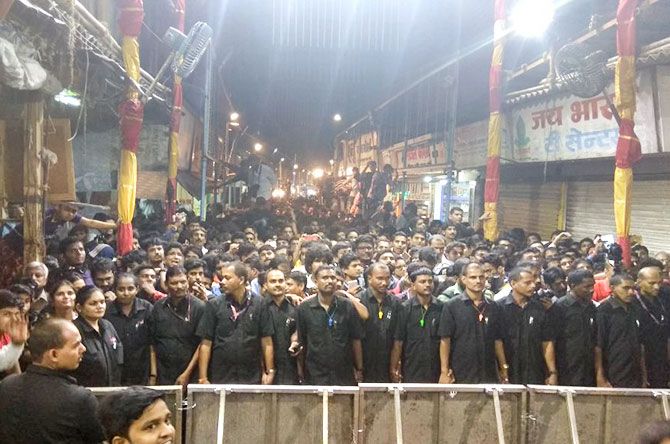 IMAGE: Crowds gather to catch a first dekko at the Lalbaugcha Raja. We are just speechless at the size of the idol. Photograph: Satish Bodas/Rediff.com