One person drowned and 13 others suffered burn injuries after a major fire swept through an offshore support vessel, forcing the crew to jump into the sea in the outer harbour of the port in Visakhapatnam on Monday, police said. 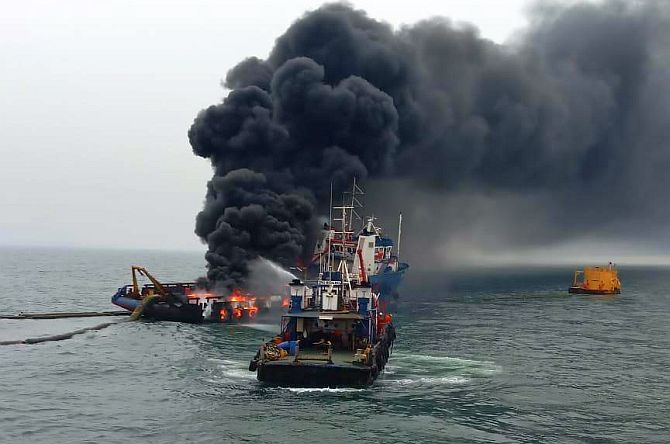 Another member of the 29-strong crew of the ship — Coastal Jaguar, hired by oil major Hindustan Petroleum Corporation Limited, was missing, they said, adding they have rescued others.

The body of the person drowned was recovered and the injured admitted to a private hospital while the Coast Guard, which rescued the crew after they jumped into the sea, was searching for the person still missing, Additional Deputy Commissioner of Police T Mohan Rao said.

At least five of the injured were said to be critical as they suffered severe burns, he said.

The accident occurred around 11.25 am at Visakhapatnam Port Trust's Single Point Mooring Terminal, where crude and oil supplies are handled.

The cause of the fire was not immediately known but police suspect it might have started when the oil pipe was being fixed to the HPCL line.

The port and HPCL authorities are probing the cause, another senior police official said.

The fire was put out by port vessels after an over-four-hour operation. 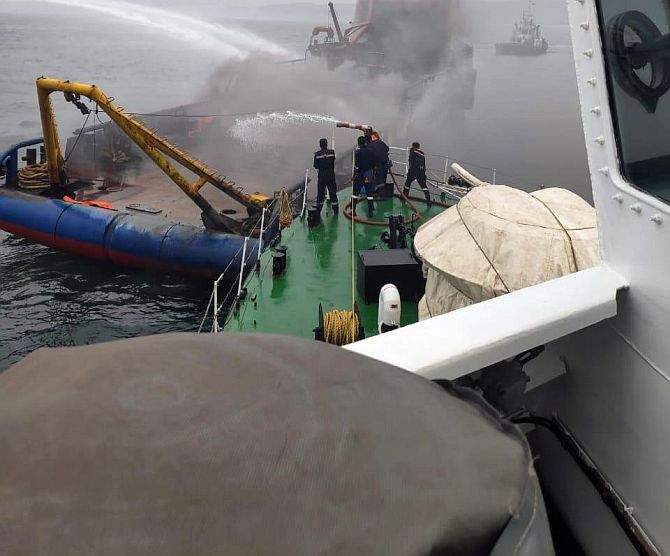 The Visakhapatnam Port Trust said in a release it deployed four of its crafts to douse the fire after a tug towed the burning vessel away from the SPM terminal to a safer place.

Earlier, a defence release said 28 crew members of the Coastal Jaguar ship were rescued by a Coast Guard ship. There were 29 crew members when the fire broke out and they jumped into the Bay of Bengal to escape from the blaze, it added.

There was a loud explosion on board the ship, followed by a thick smoke.

Coast Guard ship Rani Rashmoni that was in the area was diverted to co-ordinate the rescue operation, the defence release said.

A search was on for tracing the missing crew member with Coast Guard vessel Samudra Paheredar, interceptor boat ICGS C-432 and a CG helicopter being pressed into service, the release added. 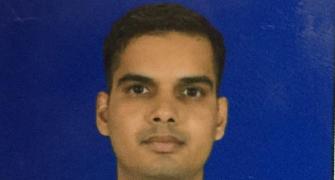 Navy officer dies in fire on board INS Vikramaditya 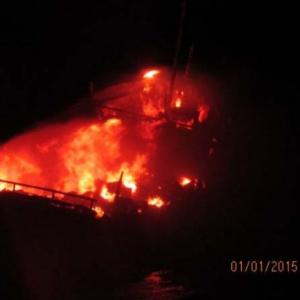 Trust the captain on the spot