These incredible pictures show what freedom means to 50 top photographers from around the globe.

Free-to-use photography app Agora asked its 3.5 million users to take a photo which they thought would best illustrate the theme of 'freedom'.

After nearly 20,000 entries, 50 images have made it to the final and are now being voted on --​competing to be crowned the 'World's Best photo of #Freedom2020'. 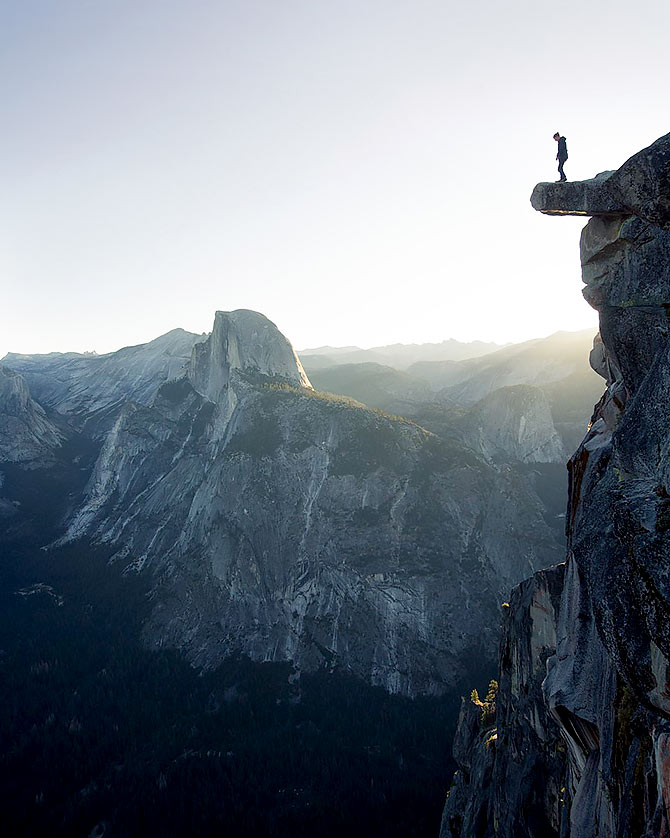 On the edge: A man stands precariously on a cliff edge in Yosemite National Park, in California's Sierra Nevada mountains. Photograph: @joeshelly/Agora Images 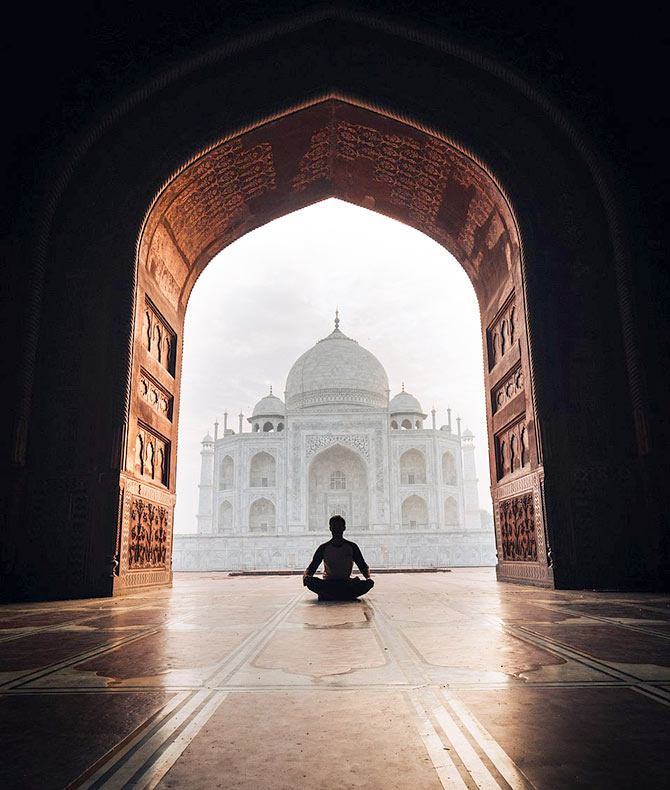 Freedom is a state of mind: A man is seen meditating in front of the Taj Mahal in India. Photograph: @jordisark/Agora Images 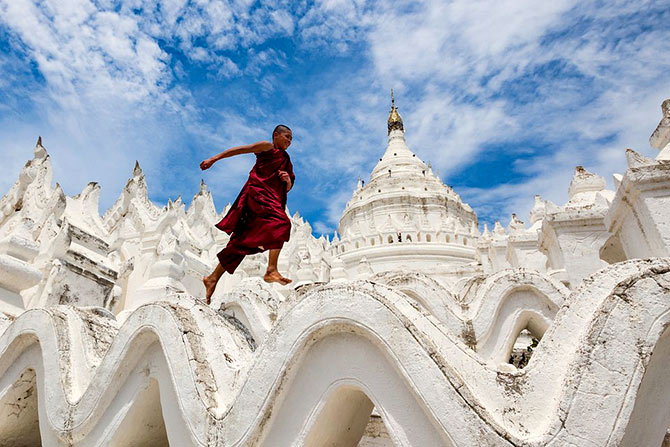 Happy High Jump: A young novice plays high jump on the white wall of the Pagoda. This Pagoda is known as Myatheindan Pagoda which is located in northwest of Mandalay, Myanmar. Photograph: @aungthuya/Agora Images 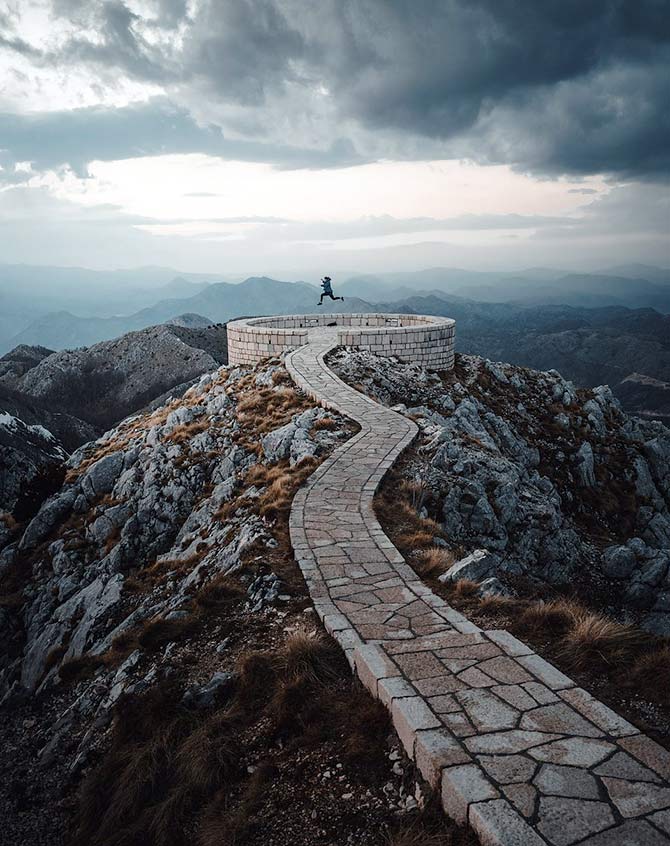 Jump: A woman captured mid-jump as she leaps across a viewing point in the mountains of Montenegro. Photograph: @anskar/Agora Images 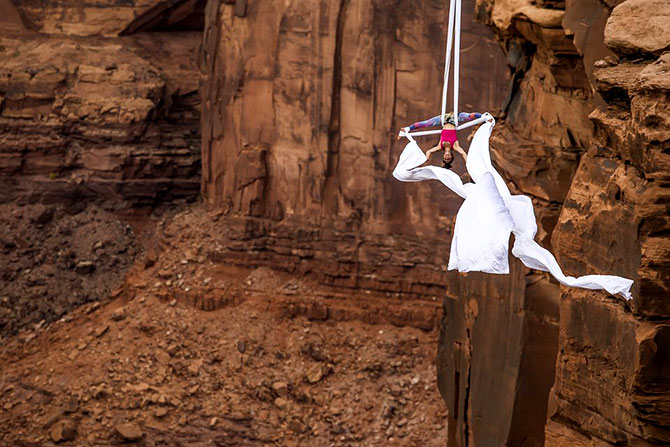 Silks: “Performing aerial acrobatics while hanging from a 500 ft slackline from a 600 ft cliff is something that I definitely don't see everyday. I can honestly say it is one of the most beautiful expressions of art that I have ever seen in my entire life. The cliffs of the Fruit Bowl are huge. I set up an anchor and had to rappel with the camera for 100 ft (30 m aprox) to get the right angle while acrobatic aerialist artist Liz Thomas was hanging from her silks. Under my feet there was nothing but 600 ft (200 m apro.) of air before touching the ground.” Photograph: @dmartphoto/Agora Images 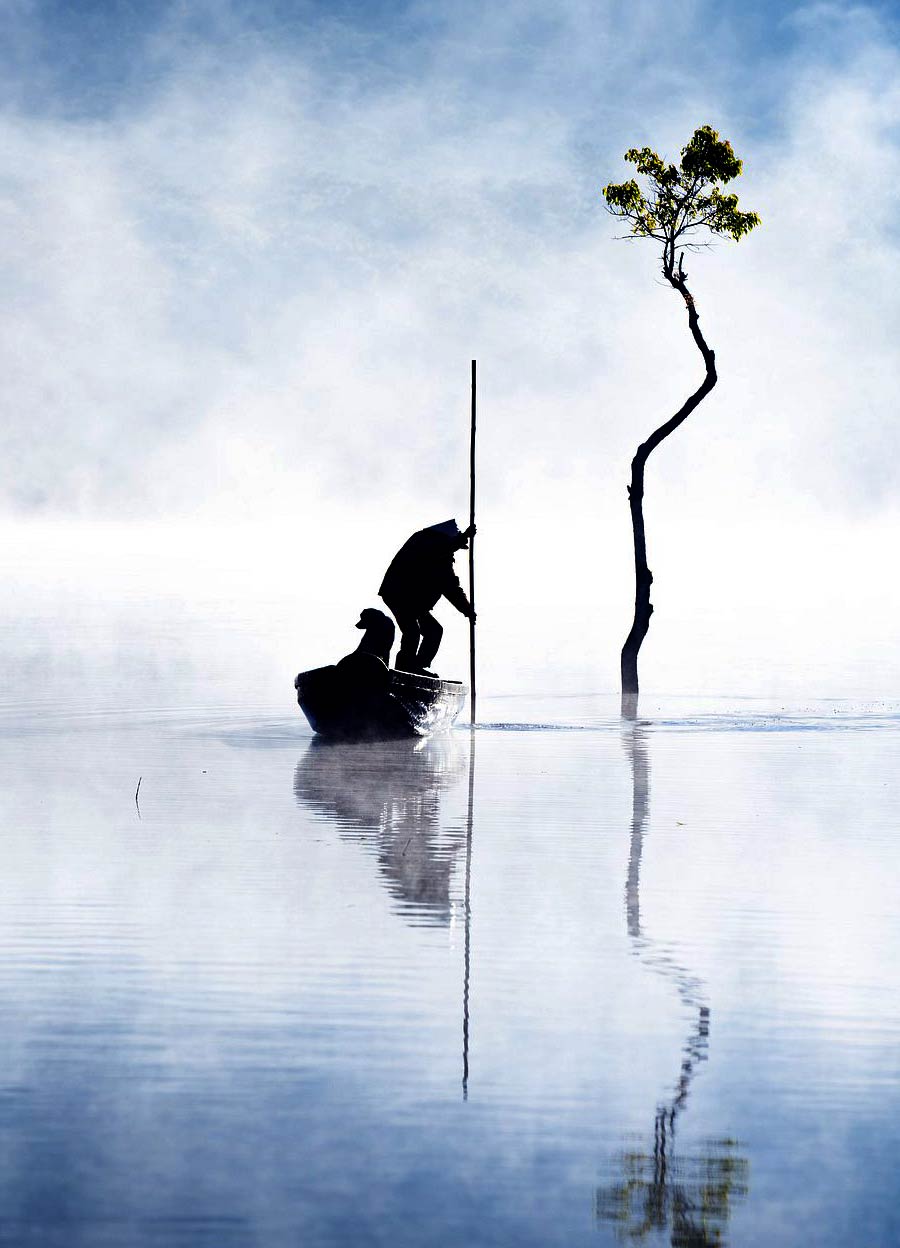 Freedom at Sea: This beautiful image of a kayaker was taken in Stow, Massachusetts, in the United States. Photograph: @benskaar/Agora Images 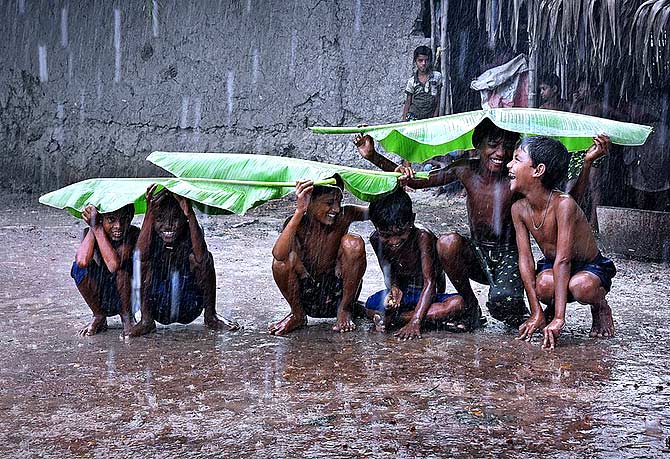 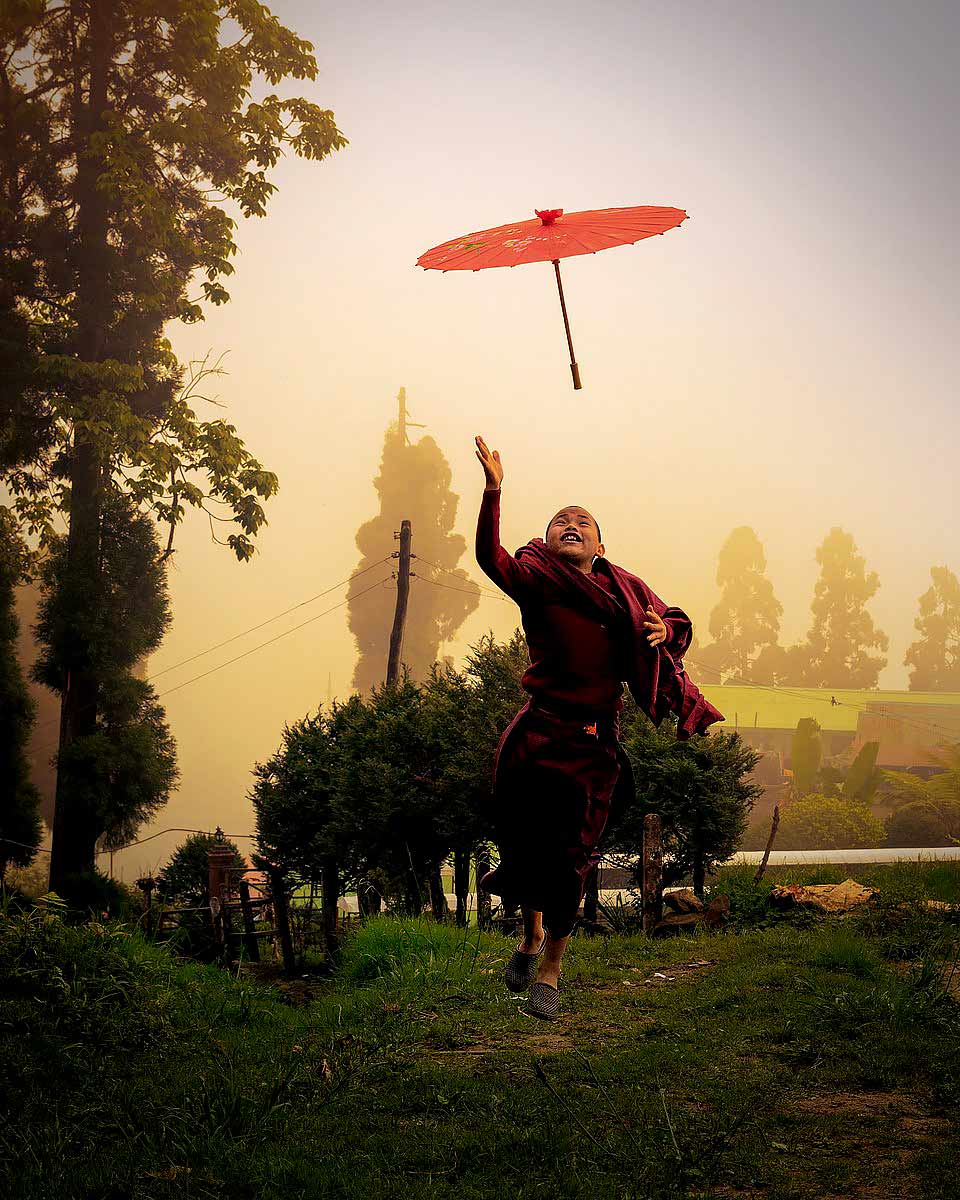 Free jump: A little child returning home from school. The child was so happy that he threw his umbrella and jumped all of a sudden. Photograph: @shibasishsaha/Agora Images 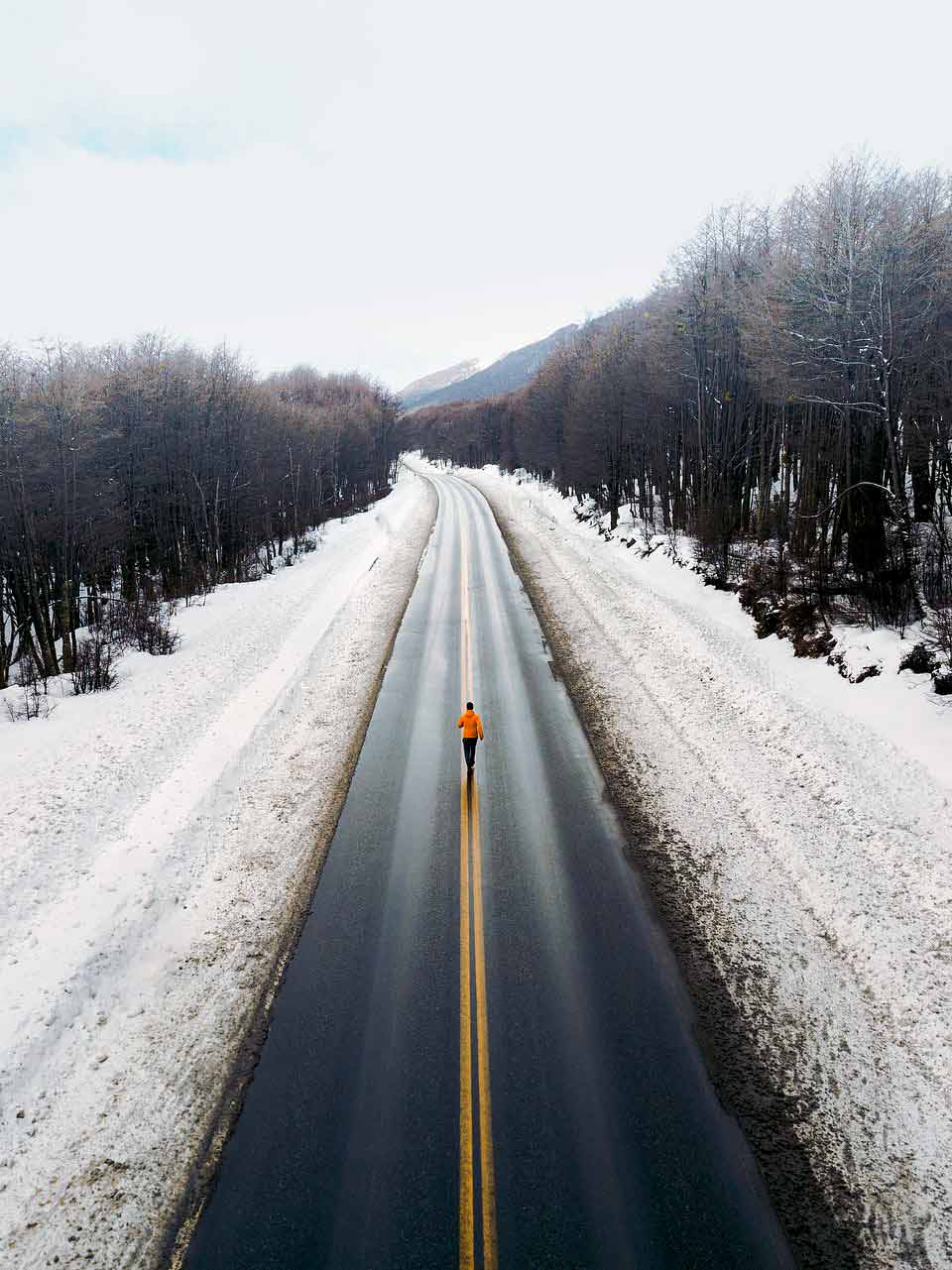 Road to Freedom: A walker has this isolated road all to himself as he strides along the central lines in Ushuaia, Tierra del Fuego, Argentina. Photograph: @franciscopaez/Agora Images 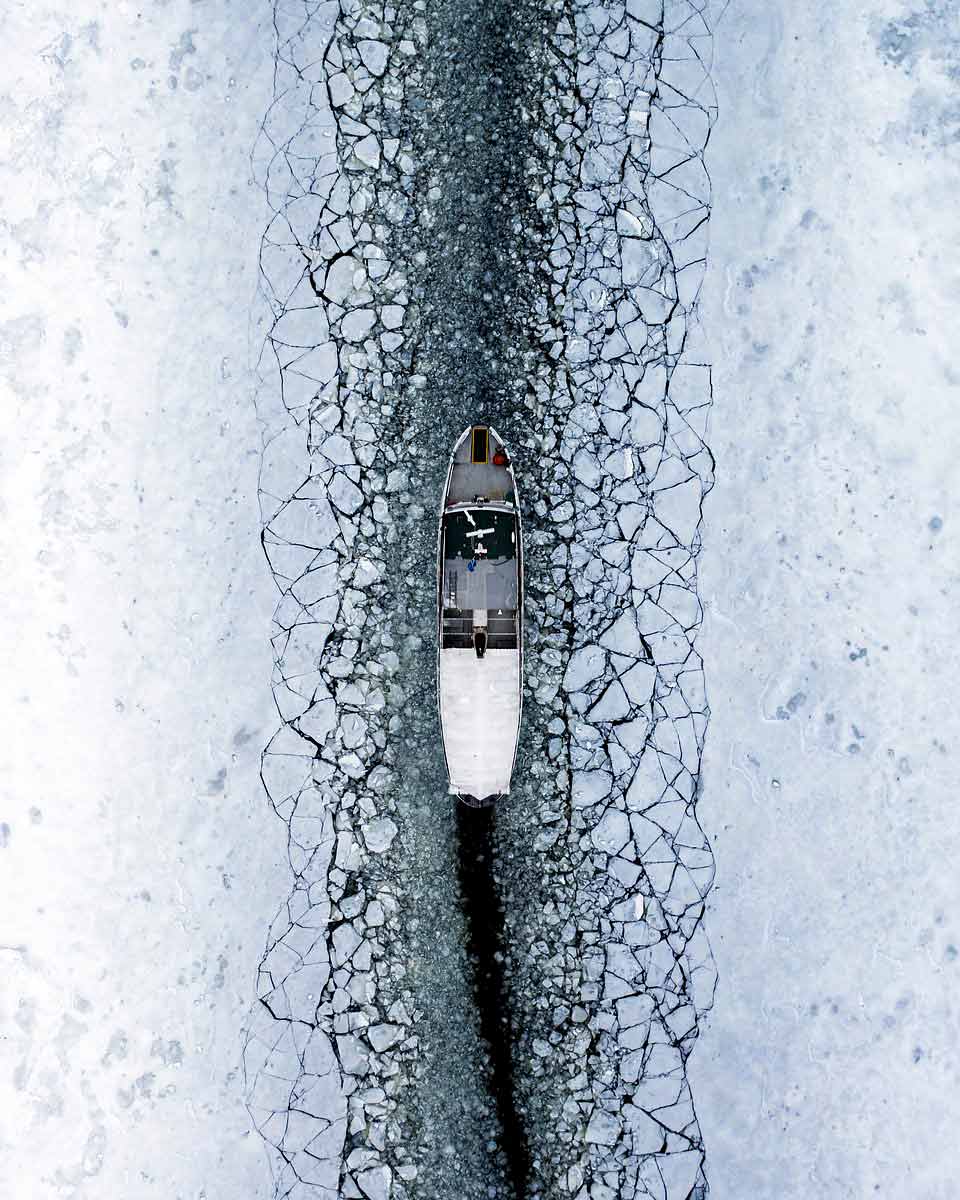 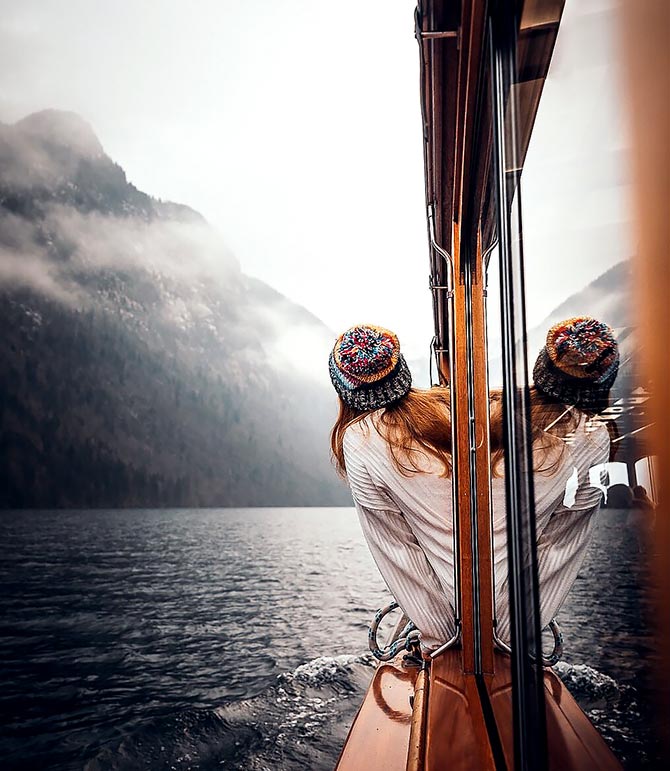 Free like a boat: The image was captured in Lake Königsee, Bavaria, Germany. Photograph: @seplb/Agora Images 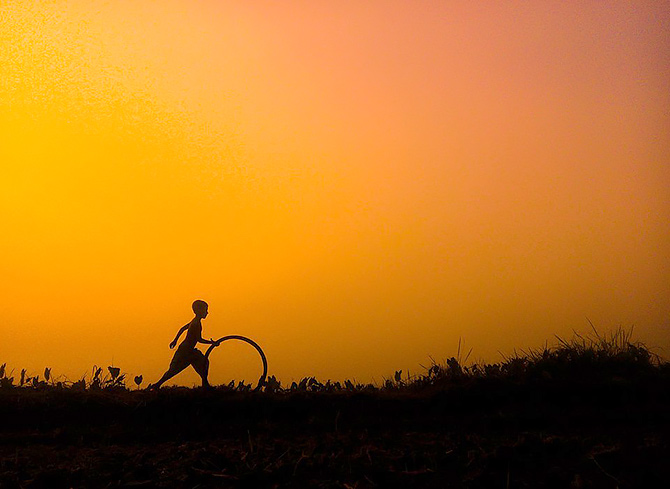 Back Home: I spotted this child on his way back home after having worked with his parents all day in the fields. This was a moment for him to be free from hard labour and become a kid a. This kid was playing with an old bike wheel while he was coming back home. Photograph: @mdabirhasan/Agora Images 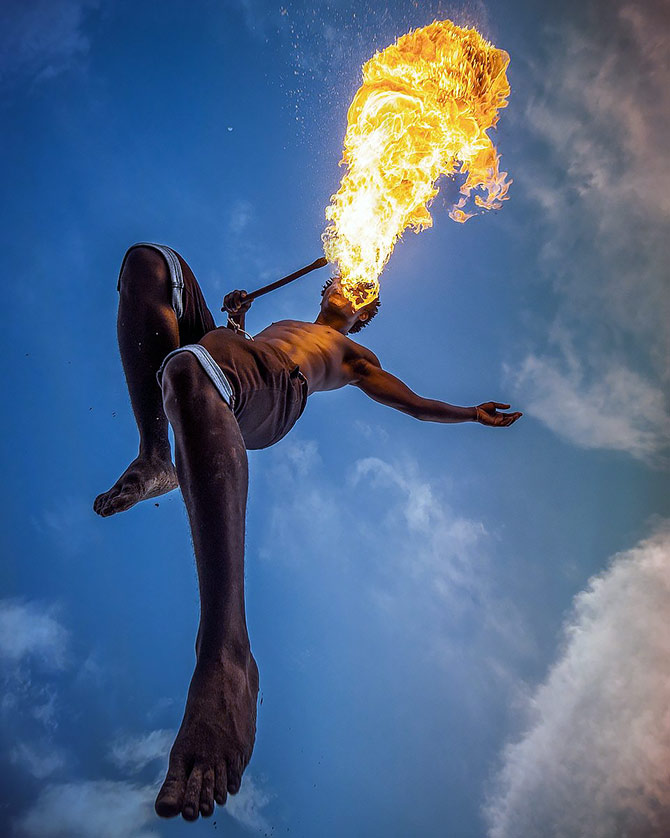 Like a Phoenix: A fire-eater leaps in the air on Labadi beach, Ghana. Photograph: @eighthman/Agora Images 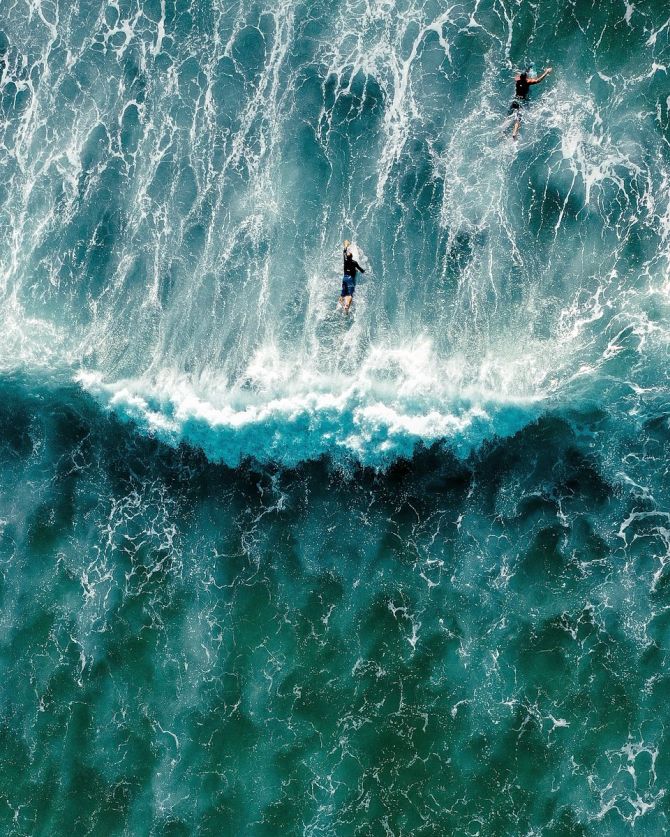 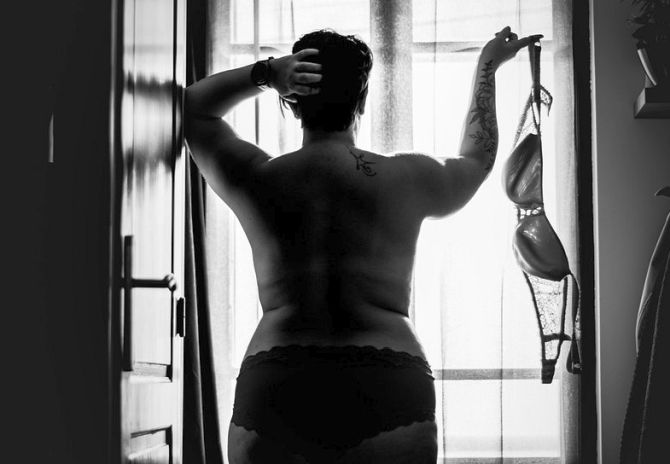 Liberte: This humorous snap by a French photographer shows a woman standing at her window after removing her bra. Photograph: @guilhemschosseler/Agora Images 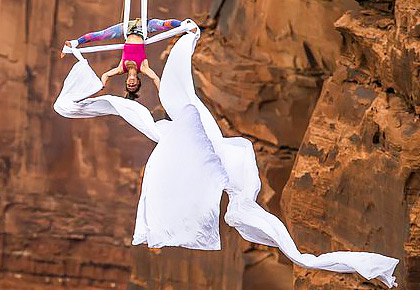