The police on Tuesday detained half a dozen women activists including the sister and daughter of former chief minister Farooq Abdullah during a protest against abrogation of provisions of Article 370 and bifurcation of Jammu and Kashmir into two union territories, officials said. 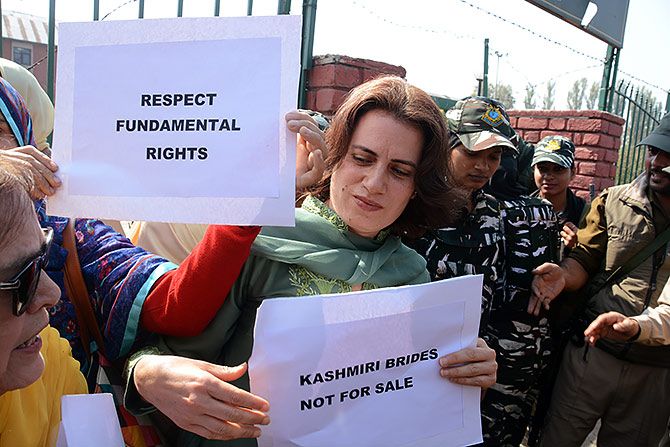 Abdullah's sister Suraiya and his daughter Safiya, who were leading a group of women activists, were detained by the police.

Wearing black arm bands and holding placards, the women protesters were not allowed by the police personnel to assemble and were asked to disperse peacefully.

However, the protesters refused to disperse and tried to stage a sit-in. 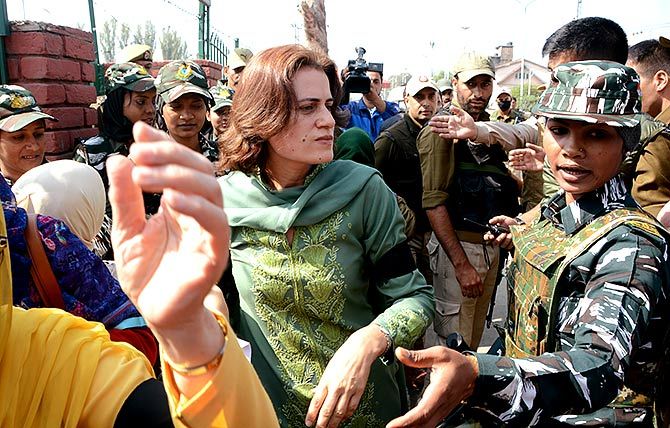 The police also tried to stop the protesting women from distributing a statement to the media covering the protest. 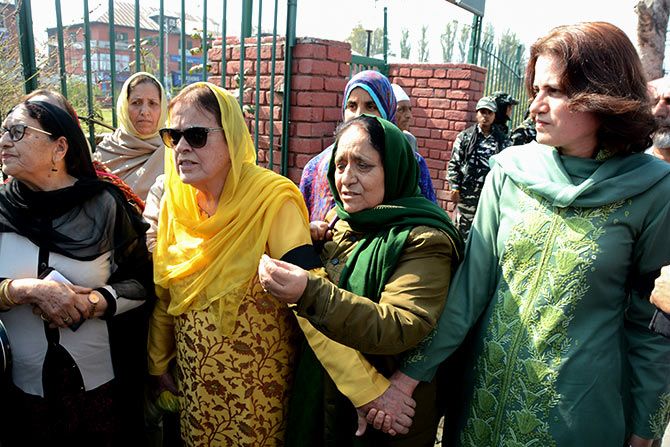 "We the women of Kashmir disapprove the unilateral decision taken by the government of India to revoke Article 370, 35A and downgrade and split the state of Jammu and Kashmir," the statement said.

Demanding restoration of civil liberties and fundamental rights of the citizens, the women said they feel "betrayed, humiliated and violated as people". 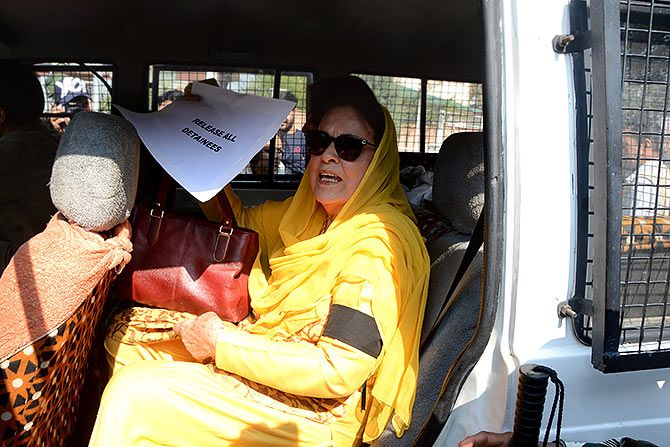 They also demanded immediate release of detainees and demilitarisation of rural and urban areas.

"We express our outrage against the national media for their false/misleading coverage of ground realities in Kashmir," the statement added. 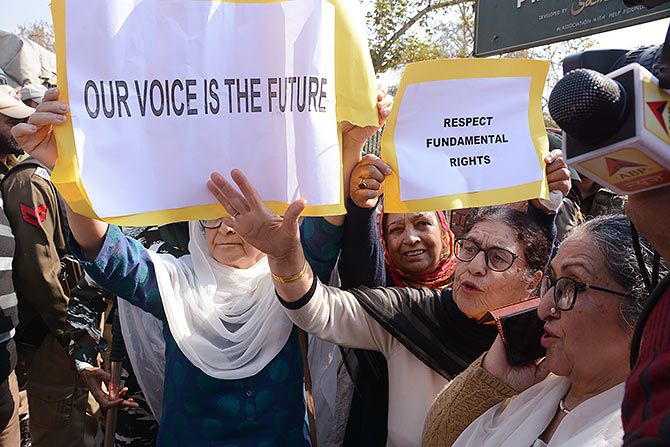