Farmers say no to govt food, bring own lunch during talks

Farmer leaders on Thursday refused the lunch offered by the government during their meeting with three Union ministers here and preferred to eat the food ferried in a van from the Singhu border, where thousands of their colleagues are sitting in protest against the new agri laws. 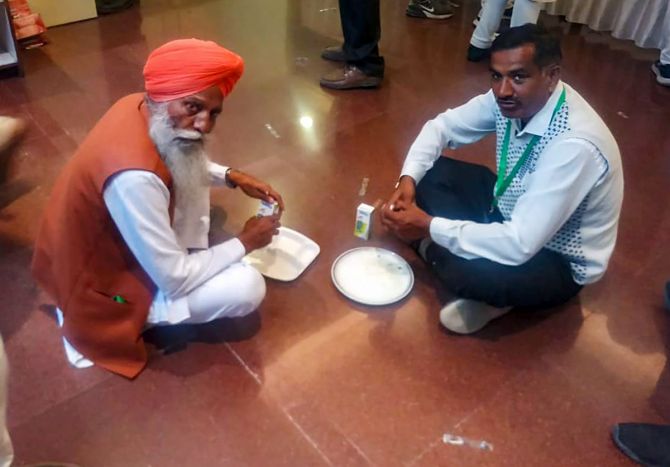 The fourth-round of talks began around noon amid ongoing protests by farmers seeking repeal of the laws.

During the lunch break, a small van carrying food for around 40 people was seen outside the Vigyan Bhawan, where the meeting is underway.

"Our farmers' representatives did not accept the lunch offered by the government and we arranged it from the Singhu border," Lok Sangarsh Morcha president Pratibha Shinde told PTI.

Farmers' leaders told the government to focus on resolving the issues instead of trying to be a good host by offering lunch, she said.

"How can we have lunch offered by the government when our fellow farmers are sitting on roads," said Shinde, whose organisation is among the 40 farmers' groups engaged in the talks.

Thousands of farmers have been camping at the Singhu and Tikri borders of the national capital for the last eight days as part of their protest against the laws.

WATCH: Farmers arrange own lunch during talks with Centre

Union agriculture minister Narendra Singh Tomar, railways, commerce and food minister Piyush Goyal and minister of state for commerce Som Parkash, who is an MP from Punjab, are holding talks with the representatives of the farmer groups at the Vigyan Bhawan.

The government said that the meeting started in the afternoon and discussions are being held in a cordial atmosphere.

On December 1, talks between both the sides ended in a stalemate after farmers' groups rejected the government's suggestion of a new committee to look into issues raised by the protesting farmers. 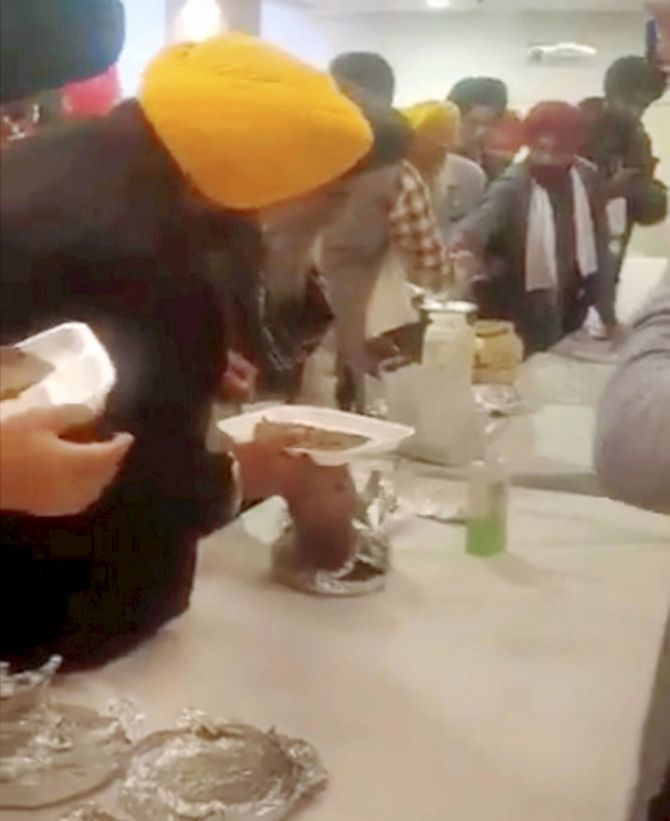 The government had rejected the demand for repealing the laws and asked the farmers' bodies to identify specific issues related to the newly enacted Acts and submit those by December 2 for consideration and discussion on Thursday.

Enacted in September, the laws have been presented by the government as major reforms in the agriculture sector by removing middlemen and allowing farmers to sell anywhere in the country.

However, the protesting farmers have been worried that the new laws will eliminate the safety cushion of a minimum support price and procurement system, while rendering ineffective the mandi system that ensures earnings for various stakeholders in the farm sector.

On Wednesday, agitating farmers demanded that the Centre convene a special session of Parliament and repeal the Farmers' Produce Trade and Commerce (Promotion and Facilitation) Act, 2020; the Farmers (Empowerment and Protection) Agreement on Price Assurance and Farm Services Act, 2020; and the Essential Commodities (Amendment) Act, 2020. 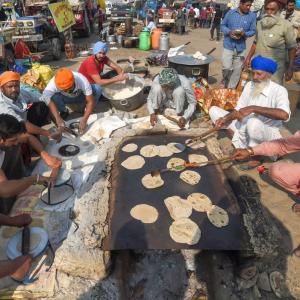