Farmers protesting the Centre's three farm laws on Saturday blocked the six-lane Kundli-Manesar-Palwal (KMP) Expressway at some places in Haryana to mark the completion of 100 days of their agitation at the Delhi borders. 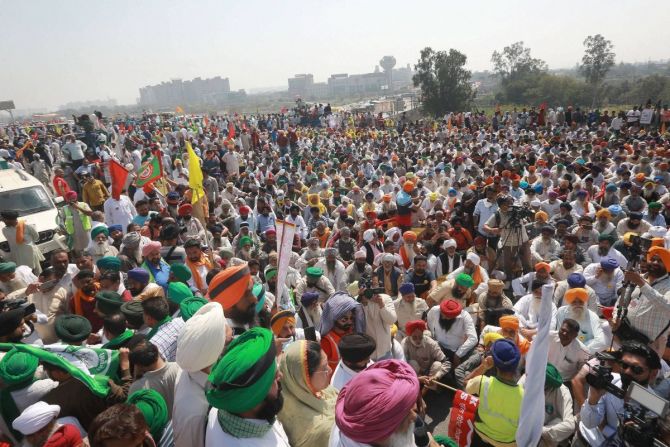 IMAGE: Farmers block a highway to mark 100 days of their ongoing protests against new farm laws, along the Delhi-Haryana border near New Delhi, on Saturday. Photograph: PTI Photo

The road blockade began at 11 am and continued till 4 pm.

Farmers holding black flags and wearing black armbands and some women protesters with black 'dupattas' shouted slogans against the Bharatiya Janata Party-led government for not acceding to their demands.

Protesters in Sonipat and Jhajjar districts and some other places brought their tractor-trolleys and other vehicles and parked them in the middle of the KMP Expressway in some stretches.

The Haryana Police had made arrangements for traffic diversions and deployed adequate personnel. 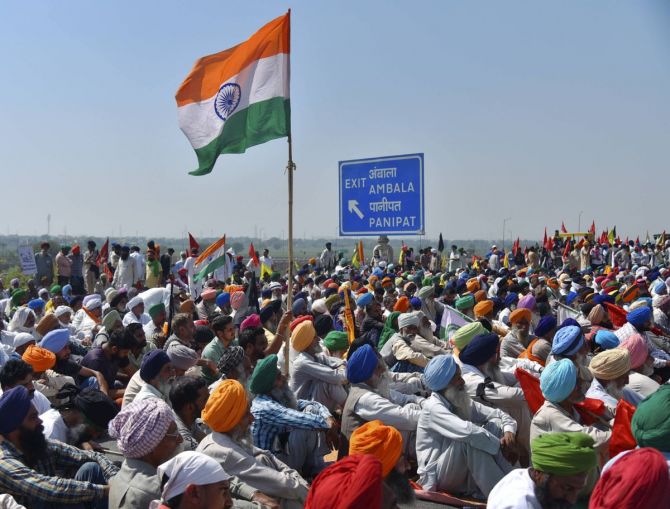 IMAGE: Farmers during Kisan Ekta Morcha to mark the 100th day of the ongoing protests against the new farm reform laws, at KMP Expressway near Kundli in Haryana, on Saturday. Photograph: PTI Photo

The call for blocking the expressway was given by the Samyukta Kisan Morcha, an umbrella body of protesting farmer unions which is spearheading the agitation against the legislations.

Protesting farmers squatted on the expressway and criticised the Narendra Modi government for not withdrawing the farm legislations, which they called as "black laws".

"Our agitation against the three farm laws will continue unless the Centre withdraws these laws. We will not step back," said a protester in Sonipat.

Farmers held protest at the KMP Expressway near Mandothi village in Jhajjar district. Some people from nearby villages joined them. 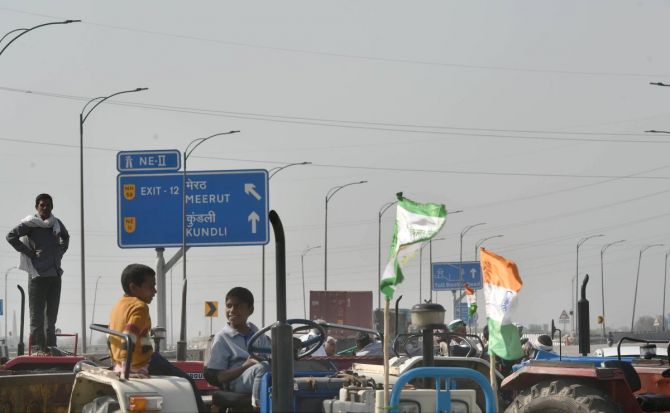 "We are holding our protest in a peaceful manner," said a farmer, adding that they were also observing 'black day' on Saturday.

Protesting farmers said the government should withdraw these laws.

Farmer leader Balbir Singh Rajewal, while addressing a gathering on the KMP Expressway, asked the Modi government to withdraw these laws.

This agitation will certainly put pressure on the central government, he said. 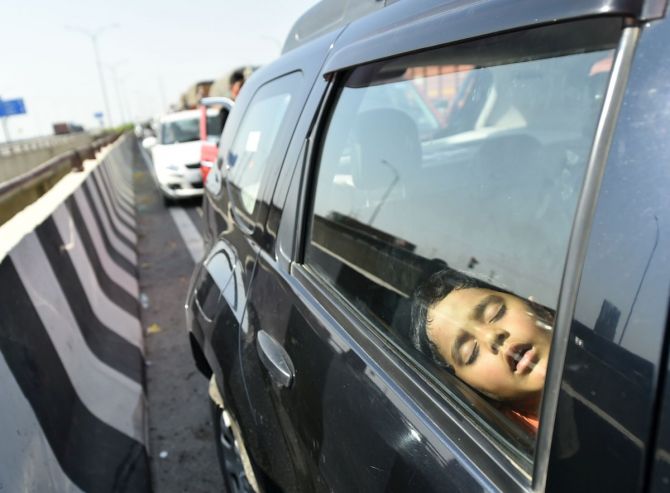 Heavy vehicles were diverted from Panipat and others from Ganaur to Delhi, said officials.

Traffic was also diverted from Murthal via Sonipat city to Narela and Bawana and from Bahadurgarh to Baghpat, they said. 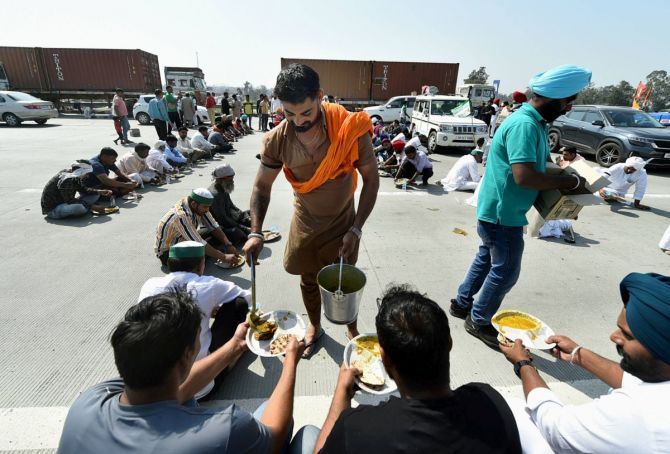 IMAGE: Farmers have their meal during the blockade. Photograph: Arun Sharma/PTI Photo

At some places in Haryana, farmers even put up black flags atop roof of their houses as a mark of their protest against the government for not withdrawing the farm laws.

The 136-km Kundli-Manesar-Palwal Expressway is also known as the Western Peripheral Expressway.

The KMP Expressway was built to decongest the ever-busy roads of Delhi, especially by reducing the number of trucks entering the national capital, thus helping to curb pollution. 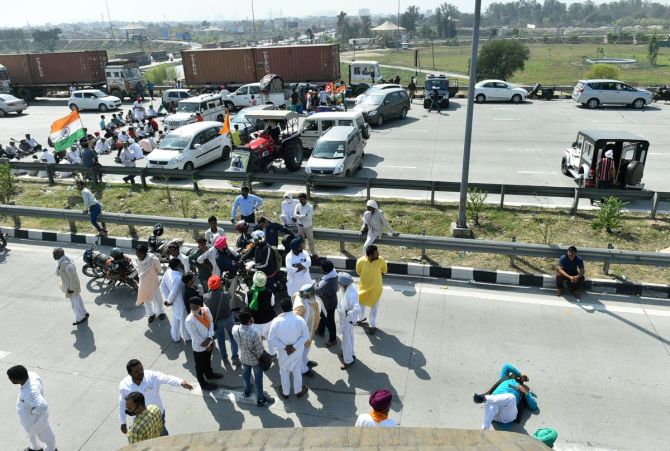 Thousands of farmers have been protesting since late November at the Delhi borders with Haryana and Uttar Pradesh, demanding a rollback of the Farmers' Produce Trade and Commerce (Promotion and Facilitation) Act, 2020; Farmers' (Empowerment and Protection) Agreement on Price Assurance and Farm Services Act, 2020; and Essential Commodities (Amendment) Act, 2020.

The protesting farmers have expressed apprehension that these laws would pave the way for the dismantling of the minimum support price (MSP) system, leaving them at the "mercy" of big corporations.