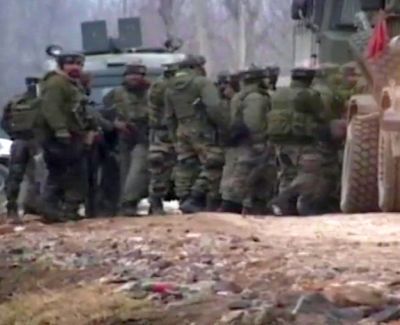 A terrorist was on Thursday killed in an encounter with security forces in Hajin area of Bandipora district of Jammu and Kashmir, police said.

Security forces launched a cordon and search operation in village Shakurdin in the morning following information about presence of terrorists there, a police official said.

He said the search operation turned into an encounter after terrorists opened fire towards security forces.

A terrorist has been killed in the operation.