Several areas of the national capital witnessed waterlogging and traffic snarls for the second consecutive day on Sunday after heavy rains lashed the city. 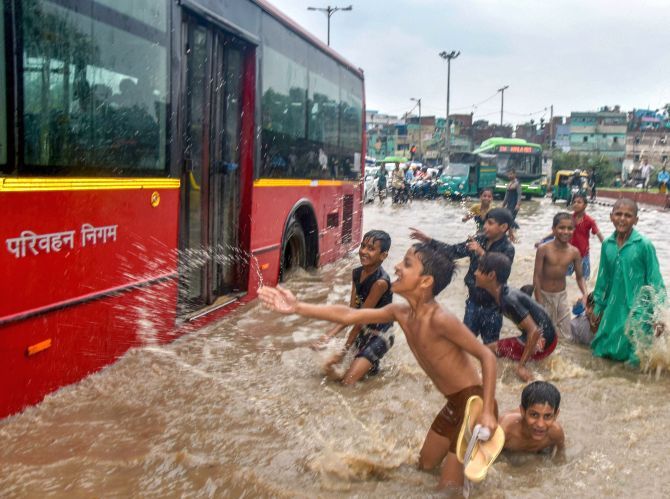 According to traffic police, the situation became normal in several areas in the evening.

A road near Kaushik Enclave in north Delhi’s Burari reportedly caved in following which the Delhi Traffic Police alerted commuters not to take that route, a traffic police official said. 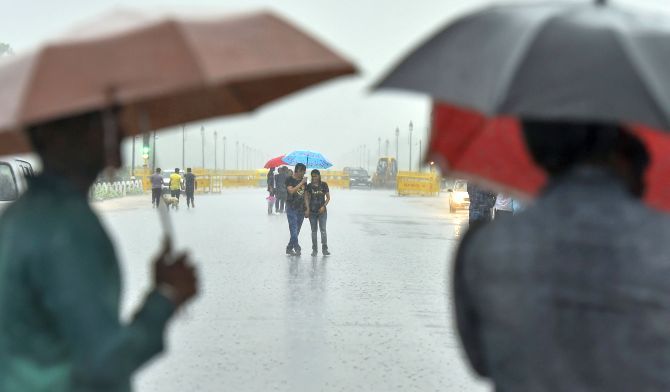 Delhi Traffic Police is posting alerts on its Twitter handle to inform people about routes to be avoided.

According to control room of civic bodies, waterlogging was reported in nearly 16 areas such as Vikas Puri, Mayapuri, Lodi Colony, Lajpat Nagar, Jangpura, Mathura Road and Govingpuri among others.

This is the second consecutive day when several areas of the city were water-logged due to heavy rains also affecting traffic movement. Hitting out at the Aam Aadmi Party government and Bharatiya Janata Party-led municipal corporations, Delhi Pradesh Congress Committee chief Ajay Maken alleged that both have “failed” to come out with the permanent solution for water logging in the national capital.

The national capital of India has become the capital of water logging, Maken said.

“AAP government and the MCDs seems to be fighting with each other just for show-off. Had both worked to come out with the permanent solution of water logging in Delhi, Delhi, the Capital of India would not have become ‘Capital of water logging’,” he said in a statement. 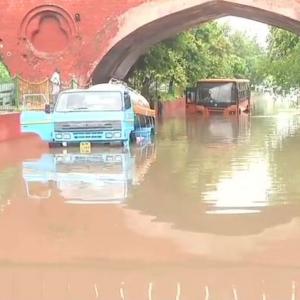 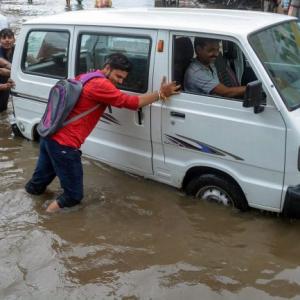 16 dead, 12 injured in rain-related incidents across UP