The dense cover of grey haze shrouding Delhi for almost a week, reminiscent of the 1952 Great Smog in London, plunged the city’s air quality to the season’s worst, with even the 24-hour-average threatening to go past the maximum limit. IMAGE: Girls play with a balloon under a flyover amidst the heavy smog in New Delhi. Photograph: Adnan Abidi/Reuters

The real-time readings of respirable pollutants PM 2.5 and PM 10 breached the safe standards by over 17 times at many places. The hourly air quality index of monitoring stations run by Central Pollution Control Board and SAFAR remained 500 plus, which is beyond the maximum limit.

Experts said while the level of sulphur dioxide is still in control in the city, in terms of other parameters like volume of particulates, the situation was nearly as bad as the infamous London episode that had resulted in around 4,000 premature deaths. IMAGE: Delhiites complain that breathing has become a 'task' amid the heavy pollution. Photograph: PTI Photo

“In London smog of 1952 about 4,000 people had died prematurely when average PM levels were about 500 microgramme per cubic metre along with high SO2 levels. Here, (the concentration of) SO2 may not be that high, but as we saw on Diwali, several gases had increased substantially. Overall it is a toxic cocktail.

Air pollution is responsible for around 10,000 to 30,000 deaths in the national capital every year, the CSE had said in a report last year. 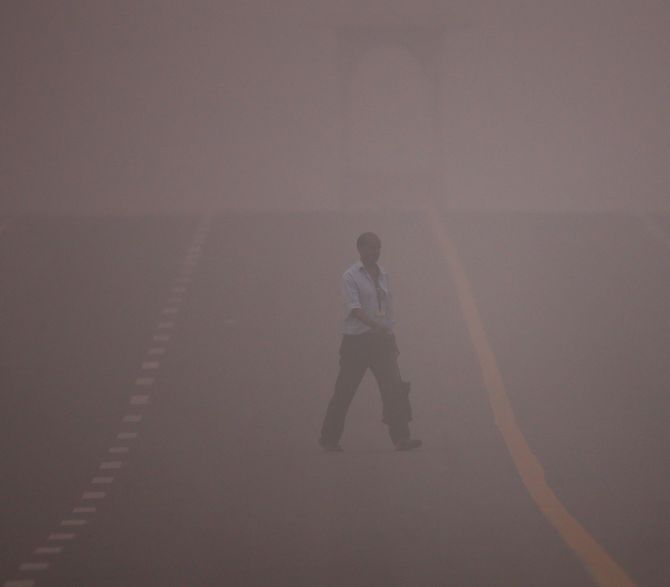 IMAGE: Air pollution is responsible for around 10,000 to 30,000 deaths in the national capital every year. Photograph: Adnan Abidi/Reuters

At 4 pm on Sunday, the 24-hour-average AQI of the city was at a staggering 497, three steps down the maximum of 500, which was the season’s worst, even compared to post Diwali pollution levels.

As per real time readings of Delhi Pollution Control Committee, Anand Vihar had PM 10 (coarse particles with diametre of 10 micrometres) reading of 1,690 micrograms per cubic metre during the morning hours, which came down few notches during the day before spiking in the afternoon again. 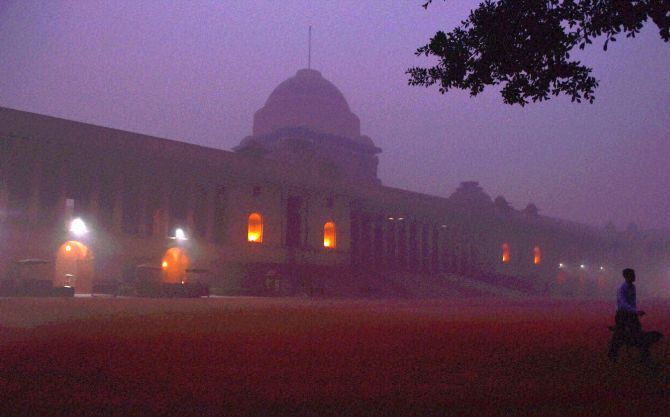 IMAGE: The haze is so thick in Delhi that visibility has reduced to 200 metres. Photograph: Vijay Verma/PTI Photo

CSE, which said the prevailing spell of smog in Delhi is the worst in 17 years, welcomed the emergency measures like shutting down of schools and power plants announced by the city government. It, however, rued the absence of the vehicular component in it. “Emergency situation has persisted for about a week now. But we should keep in mind that such measures are only aimed at bringing the peak levels down,” Roychowdhury said. 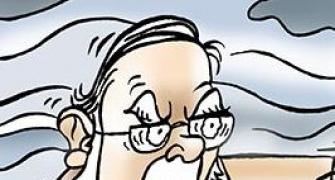 Toxic Delhi: Father of Green Revolution has the solution