The toll in the landslip in Pettimudi in the high range Idukki district rose to 52 with three more bodies being recovered from the debris as rescue operations continued on Tuesday to trace those missing. 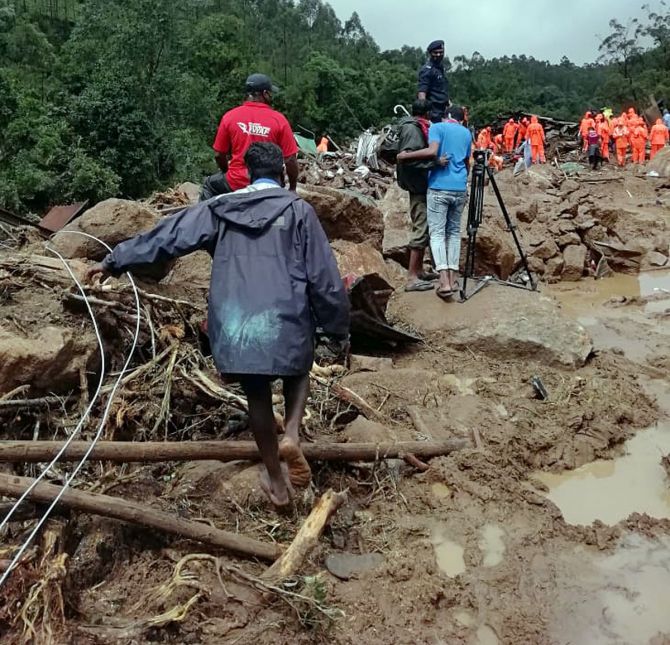 The bodies of two men and a woman were recovered, officials said.

Personnel of NDRF, Fire, Forest and police departments have expanded their search operations to the downstream of a river in their efforts to trace 19 more people who were still missing in the August 7 tragedy near Rajamala, they said.

Search is also being carried out at the site of the disaster to trace those feared trapped in the debris, the officials said. With a let-up in the rains, water receded in many low-lying areas of Kottayam and Alappuzha districts.

There was no red alert warning in any of the state's 14 districts as the intensity of rains had decreased and the affected areas had started limping back to normalcy.

A 151-year-old chapel of a CSI Church collapsed in the wee hours Tuesday due to the forceful inflow of the water following the breach of bunds in Pallathuruthy in Alappuzha district.

Built in 1869, the chapel was used by some 30 families for conducting their religious rituals, a report from Alappuzha said. 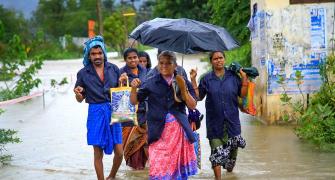 Kerala: Toll in landslide goes up to 49