Officials suspect Islamic State to be responsible for the attack. 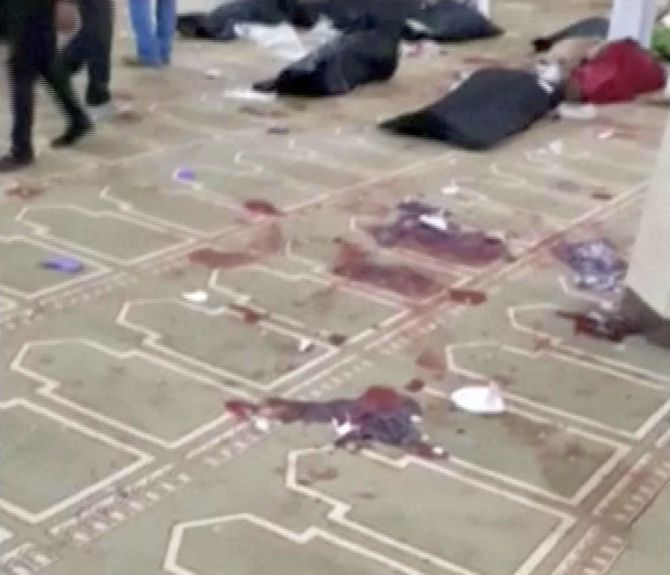 IMAGE: Other than the 305 people, including 27 children dead, another 128 have been injured in the attack. Photograph: REUTERS TV

The death toll from the deadliest terror attack on Muslim worshippers at a mosque in Egypt’s restive North Sinai region has risen to 305, the state prosecution said on Saturday.

Among the deceased are 27 children, Egypt’s General Prosecutor Nabil Sadek said in a statement.

Sadek said 128 people were injured in the attack, the deadliest terror attack in the country.

The number of terrorists involved in the attack vary from 25 to 30, the statement said, adding that they had raised the Islamic State flag. 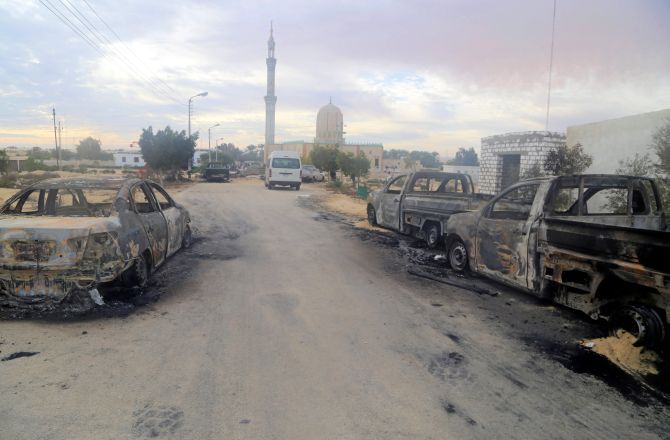 They took their positions facing the door of the mosque and its 12 windows before opening fire on the worshipers, it said.

The terrorists used five vehicles in the attack and torched seven vehicles owned by worshippers, the statement added.

The prosecutor said that according to the injured people, some of the terrorists were masked and others were not and all of them were dressed in military-like outfits.

One report said the target appeared to be supporters of the security forces who were praying at the mosque.

Local people were also quoted as saying that followers of Sufism, or Islamic mysticism, regularly gathered at the mosque. 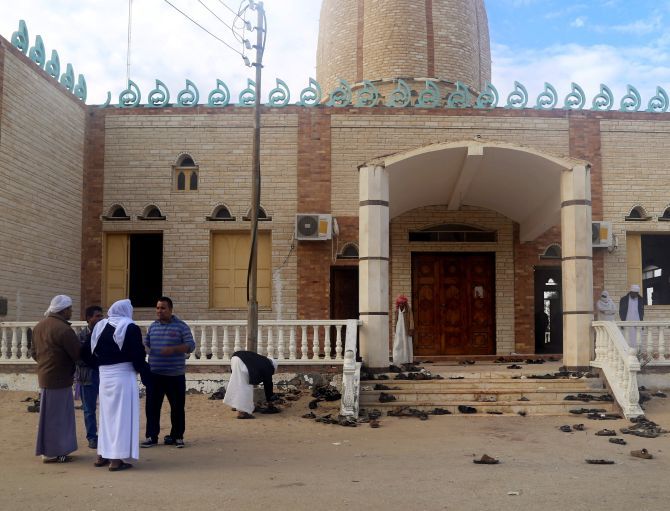 IMAGE: People stand outside the l Rawdah mosque, where a bomb exploded, in Bir Al-Abed, Egypt. The attack is now being considered at the deadliest in the history of Egypt. Photograph: Mohamed Soliman/Reuters

No one has yet claimed responsibility for the attack and there is no word yet on what happened to the terrorists involved.

The Egypt government has announced three days of mourning, even as President Abdel Fattah el-Sisi chaired an emergency meeting with officials to review security situation after the deadly attack.

Youssra El-Sharkawy
© Copyright 2021 PTI. All rights reserved. Republication or redistribution of PTI content, including by framing or similar means, is expressly prohibited without the prior written consent.