Toll in China's coronavirus rises to 56, confirmed cases near 2,000

The death toll in the deadly new coronavirus in China rose to 56 on Sunday with confirmed cases of viral affliction reaching 1,975 and 324 of them being critical, Chinese health authorities said. 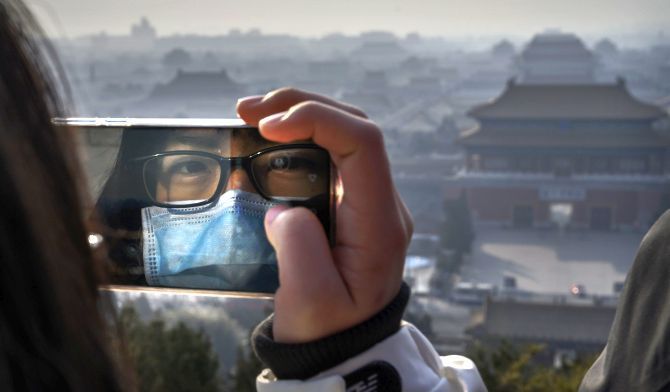 IMAGE: A Chinese woman takes a photo of the Forbidden City, which was ordered closed by authorities, as she visits a park to celebrate the Chinese New Year and Spring Festival in Beijing, China. The number of cases of a deadly new coronavirus has risen to nearly 2,000. In an unprecedented move, Chinese authorities put travel restrictions on the city of Wuhan and neighbouring cities affecting a population of over 35 million. Photograph: Kevin Frayer/Getty Images

The new type of pneumonia, officially being described as 2019-nCoV, has resulted in 56 deaths, the National Health Commission said.

A total of 2,684 suspected cases have also been reported so far, it said.

While Wuhan and 17 others cities in Hubei province remained the epicentre of the viral disease outbreak with most of the deaths having taken place there, the cases have started rising steadily in most of the Chinese provinces and cities, including Beijing.

A total of 1,052 cases of coronavirus were reported till Jan 25 in the province, with 129 being critical, besides 52 deaths, state run Global Times reported.

Ten new coronavirus afflictions were reported till Saturday in Beijing, taking the number of cases to 51 in the city, the report said.

Amid the situation becoming grim, Chinese President Xi Jinping on Saturday said China is facing a "grave situation" but he exuded confidence that the country would "win the battle" against the coronavirus epidemic.

Stepping up all-round efforts to contain the fast spreading SARS-like virus, China on Saturday announced it would build another 1,300-bed makeshift hospital in Wuhan in the next 15 days in addition to another 1,000-bed hospital being built presently in the city and expected to be completed in 10 days, to treat more cases of the deadly virus.

The feverish pace at which the hospitals are being built indicates China is preparing to treat far more patients, considering the speed at which the virus is spreading.

The virus has spread to Hong Kong, Macau, Taiwan, Nepal, Japan, Singapore, South Korea, Thailand, Vietnam and the US as of Thursday. Japan on Friday had reported a second confirmed case.

The confirmed cases in China crossed the 1,000-mark for the first time on Friday, rising sharply to 1,287 with 237 people reported critical, the Commission had said on Saturday.

China's Communist Party has set up a leading group to manage the coronavirus epidemic, state media reported on Saturday.

The decision was made at a meeting of the Politburo Standing Committee -- the party's top leadership tier -- chaired by Chinese President Xi.
In the meeting, Xi said people from different ethnic groups and sectors should work together to support efforts to contain the spread of the deadly virus. The country is facing a “grave situation”, he was quoted as saying by the South China Morning Post.

“As long as the nation has strong confidence and makes joint efforts with scientific and targeted measures, the battle of the prevention and control of the contagion will be won," Xi said, chairing meeting on the day of the Spring Festival or Lunar New Year.

Xi also called for all-out efforts to prevent and control the coronavirus-related pneumonia and extended his heartfelt gratitude to the frontline medical staff, struggling to control the outbreak.

He also called for strengthening the protection of medical staff, ensuring the steady supply of requisite materials and intensifying disclosure of related information to guide the public opinion and mobilise social forces to uphold the overall stability of society.

The CPC meeting urged concrete efforts to ensure access to adequate supplies of materials to Wuhan.

The participants of the meeting also urged to ensure all-out efforts to treat patients, and disclose disease-related information in an accurate, open and transparent manner to address concerns from both at home and abroad, it said. 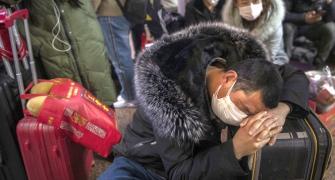 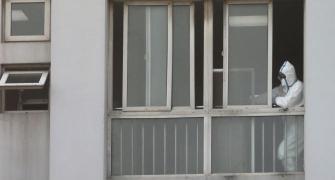 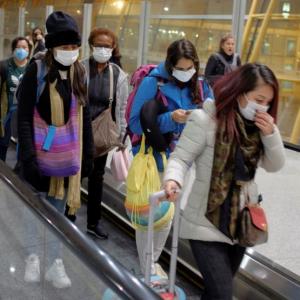