At least six people, including one police officer were killed in Jersey City, New Jersey, on Tuesday in a series of gunfights that turned a kosher market place into a battleground and placed a nearby Catholic school into lockdown. 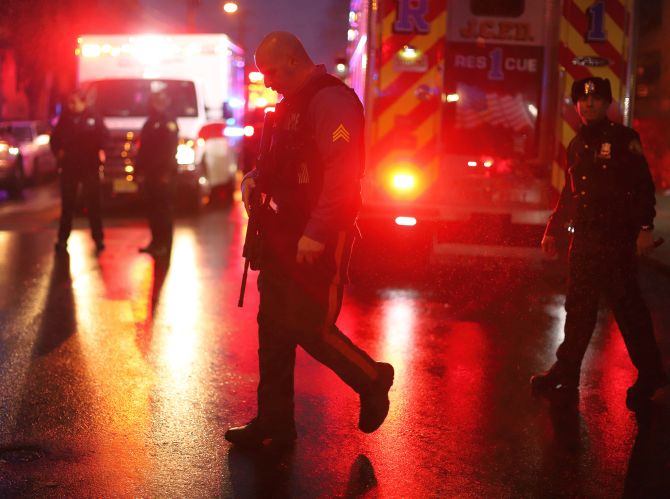 Officials said that those deceased included three people in the market as well as two suspected shooters, The New York Times reported. The slain police officer, Detective Joe Seals, was a long time veteran with the Jersey City Police Department, according to Chief Mike Kelly.

There was "no indication of terrorism," an official said at a news conference.

Law enforcement officials said that the officer was killed while trying to intercept the two suspects at a nearby cemetery.

The gunmen then fled in a truck and eventually ended up at the kosher supermarket, where they opened fire on police officers and civilians, officials said.

Investigators believe that the store was chosen randomly and that the incident was not a hate crime.

For more than an hour, loud exchanges of gunfire rang out in the Greenville neighbourhood of Jersey City, which is just across the Hudson River from Lower Manhattan. 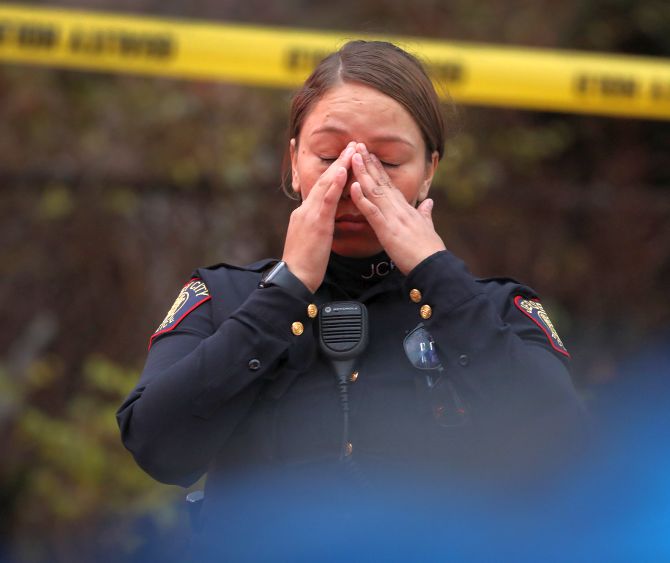 IMAGE: A Jersey City police officer reacts at the scene of the shooting that left multiple people dead, including a cop, in Jersey City, New Jersey. The raging gun battle lasted in excess of an hour. Photograph: Rick Loomis/Getty Images

The shooting started around 12:30 pm (local time), according to officials.

Jersey City's Mayor Steven Fulop said that there were two separate incidents involved in the shootout.

The first was at Bay View Cemetery, and the second took place at the kosher market near the intersection of Martin Luther King Drive and Bayview Avenue.

Governor Philip D Murphy said in a statement: "Our thoughts and prayers are with the men and women of the Jersey City Police Department, especially with the officers shot during this standoff, and with the residents and schoolchildren currently under lockdown."

Twelve public schools, including the Sacred Heart Catholic School, were placed on a lockdown during the attack, a spokeswoman said. The students there had not been harmed.

The shootout and police siege plunged the Greenville neighbourhood of gentrifying Jersey City, a residential area with a diverse population, including a budding community of ultra-Orthodox Jews, into chaos, fear and confusion. 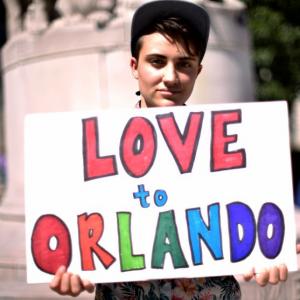