Another hospital, another fire; 15 die in Virar ICU blaze

Fifteen COVID-19 patients died after a fire broke out at the intensive care unit of a private hospital in Palghar district of Maharashtra on Friday, police said. IMAGE: Maharashtra Minister Eknath Shinde at the site of the fire at a Covid-19 hospital, where 14 patients died, in Virar. Photograph: PTI Photo

While 13 patients were charred to death in the ICU, a patient died while being shifted to a hospital and another one died during treatment, an official said.

There were 83 patients in the hospital, 17 of them in the ICU when the fire broke out after a blast in the AC unit, an official said.

TV visuals showed the smoke-filled ICU in a disarray after the blaze, with the ceiling falling off in some places, beds and other furniture strewn around and kin of the deceased wailing outside the hospital.

The fire broke out in the ICU located on the second floor of the four-storeyed Vijay Vallabh Hospital at Virar shortly after 3 am, an official said. It was extinguished at 5.20 am, he added.

The other patients in the hospital were not affected as the damage was confined to the ICU, the official said.

Maharashtra Chief Minister Uddhav Thackeray expressed grief over the tragedy and directed the local administration to probe the cause of the blaze.

Thackeray also announced an assistance of Rs five lakh to the families of each deceased.

"The fire at a COVID-19 hospital in Virar is tragic. Condolences to those who lost their loved ones. May the injured recover soon," Prime Minister Narendra Modi said. 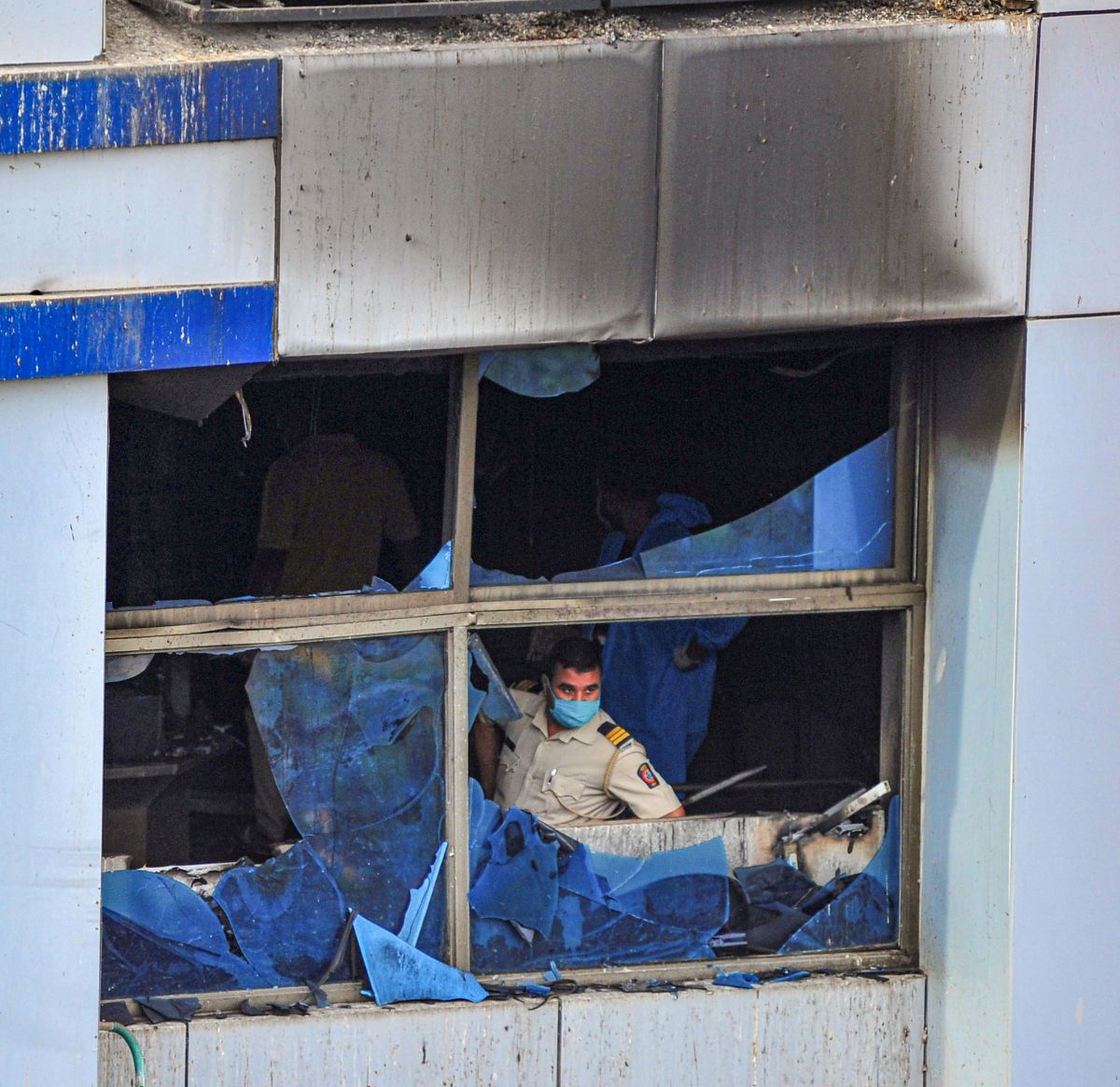 "PM@narendramodi has approved an ex-gratia of Rs 2 lakh each from PMNRF for the next of kin of those who have lost their lives due to the hospital fire in Virar, Maharashtra. Rs. 50,000 would be given to those seriously injured," the PMO tweeted.

Maharashtra Home Minister Dilip Walse Patil has asked the state Director General of Police to conduct an in-depth probe into the fire, an official said.

A hospital employee said the AC system was not working since Thursday afternoon and some repair work was going on. IMAGE: People mourn deaths of their relatives in the fire. Photograph: PTI Photo

The tragedy comes two days after 22 COVID-19 patients who were either on ventilator or oxygen support, suffocated to death when their oxygen supply stopped suddenly due to a malfunction in the main storage at a civic hospital in Nashik.